This is the fourth, and biggest, buck taken by the Williams family from the same tree on public land 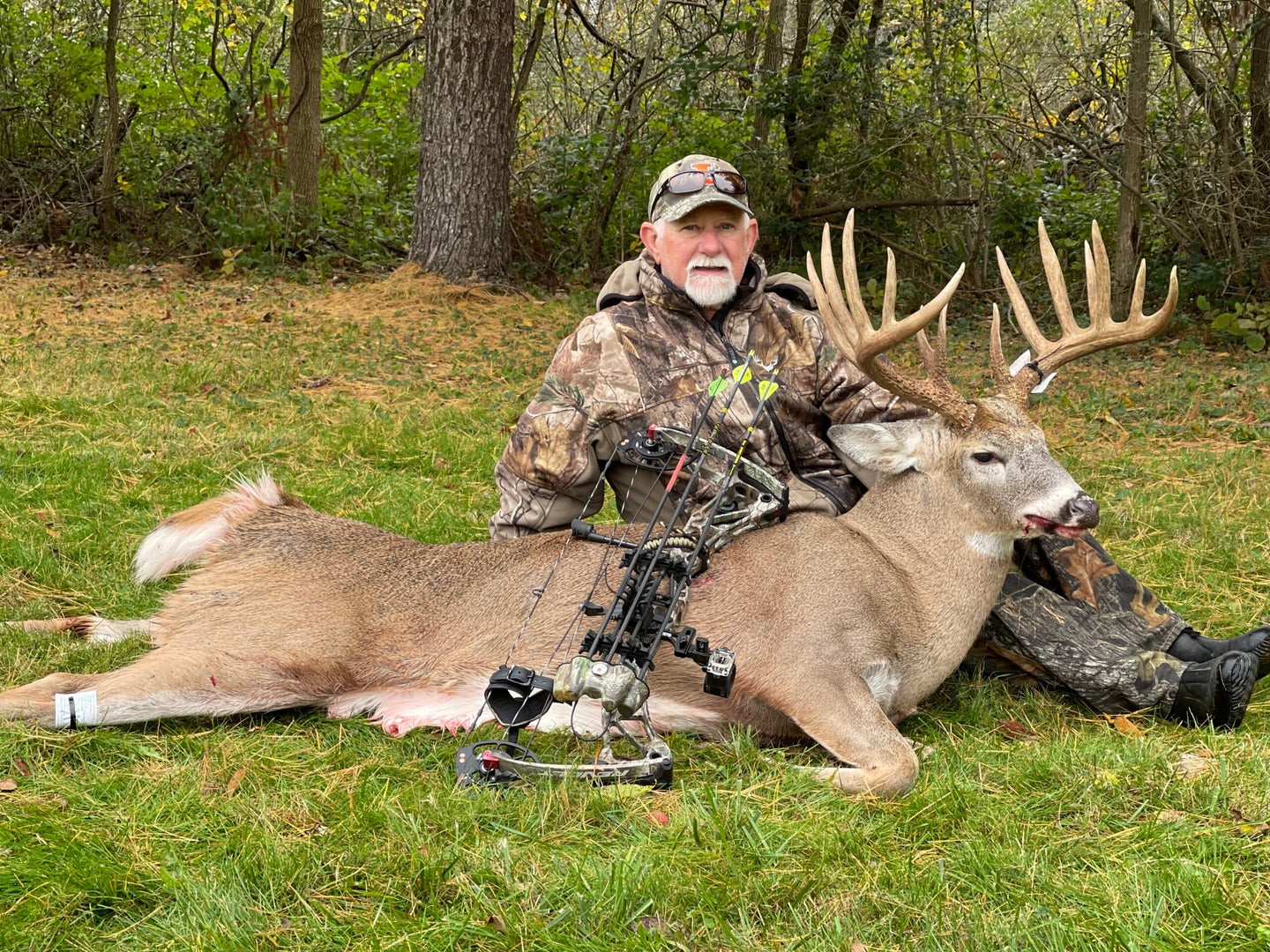 Doug Williams with his giant buck from the family tree.
SHARE

It was Halloween morning in central Illinois’ when Doug Williams, 66, his grandson Drew, 16, and his young buddy Keagan Patterson headed off into a public woods to bowhunt deer. They needed an early 4:30 a.m. start for Williams to show the boys where to hunt. Williams had hunted the public land area often over the years with his son, but the young hunters were new to the place.

When the boys were settled in their climbing stands, Williams headed to a familiar and productive tree. Williams didn’t know it at the time, but he was about to kill his best buck ever from that very tree. Since 2004, Williams and his son have teamed up to tag three bucks in the 140-inch class from the same spot.

“I hunt the same hardwood tree every year, but I need a west wind for the spot,” says Williams. “There are some blowdown trees that funnel deer past the stand, and the understory is burned over, so visibility is good.”

He hadn’t been in his stand long when two does worked around a nearby blowdown, passing close to his stand and well within bow range. Ten minutes later, a small deer came along the same trail, but acted spooky. Williams couldn’t figure out why the deer was jittery, then he heard a buck grunting, coming along the trail the pair of does had taken.

“I looked down to snap my release onto my bowstring getting ready to see the buck that was grunting,” Williams says. “When I looked back up I saw his rack outside his ears and I knew it was a shooter.”

He didn’t bother to count points. When the buck stepped into the open at 15 yards, Williams drew his bow and settled his pin behind the buck’s shoulder. His arrow penetrated deep into the buck’s chest.

“I still didn’t know how big a buck I’d shot, but I knew I hit him well,” says Doug, who is semi-retired from his family’s Precision Builders construction business. “I texted Drew that I shot a buck, and the boys wanted to come right over and track it. But we waited an hour, before they climbed down and came to my spot to take up the trail.”

There was a blood trail, but not nearly as good as Doug expected. The trail meandered through the timber, and the boys led the way. About 80 yards along the trail, Drew topped a slight rise.

At first Williams could see only one side of the buck’s rack, and he didn’t think it was as large as Drew thought – until he got closer.

“It is a monster,” Williams said almost in disbelief.

The buck is at a taxidermist, and after a 60-day drying period will be officially scored. The buck rough green scores at 194 inches.

Williams has 40 years of bowhunting experience and has been selective about taking about 20 bucks with his bow. At 66 years old, Williams has had plenty of body aches, pains, and surgeries to contend with. But he credits a physical fitness program and his love of bowhunting for keeping him going and giving him the chance to pass his passion on to his son and grandson for years to come.