Drought in the “duck factory” means limited production of mallards, pintails, blue-winged teal and other species 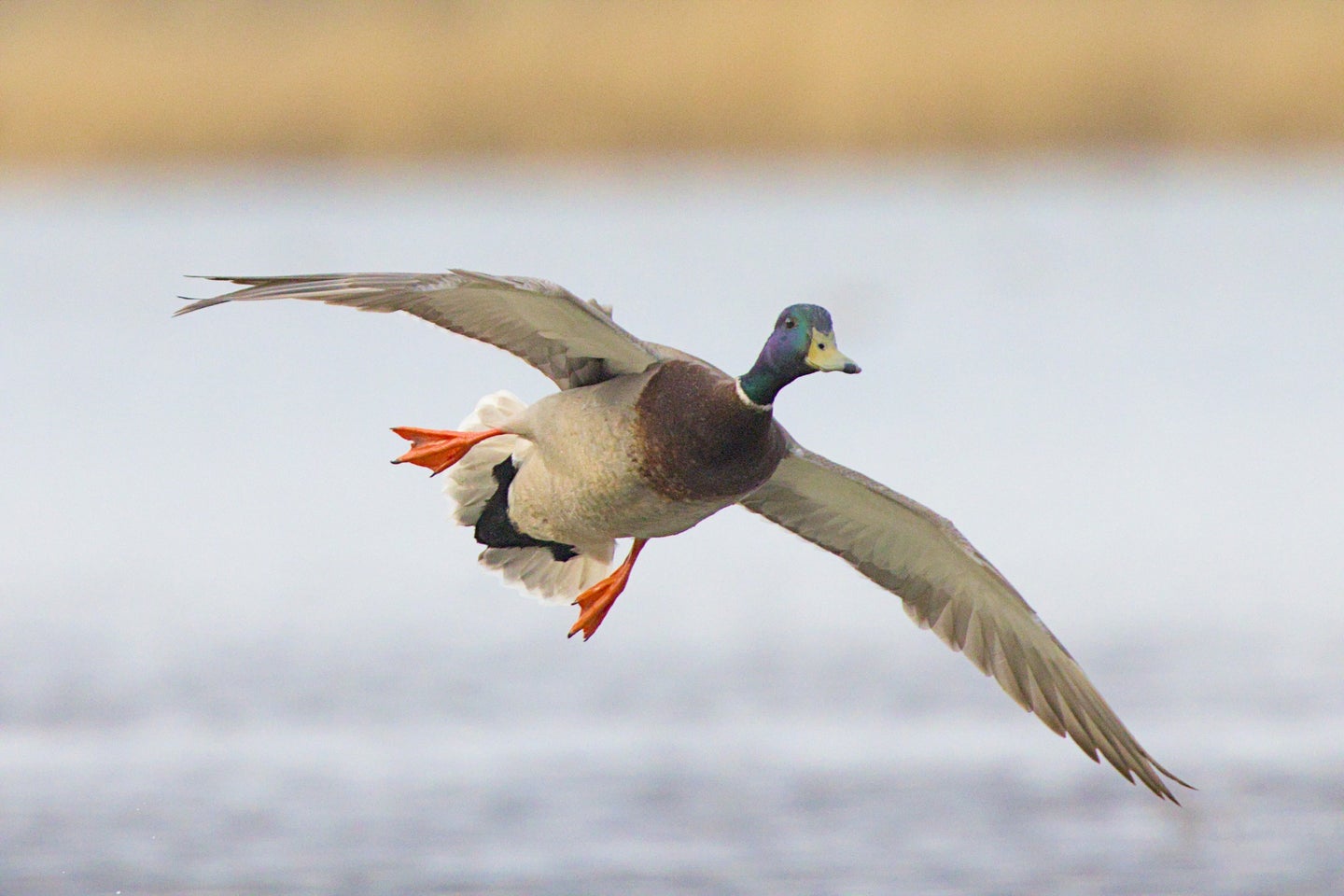 Duck hunters can expect to see fewer and older ducks in this fall’s flight, a direct result of the pernicious drought that has dried up the prairie potholes in the Dakotas and southern Canada.

That’s the early but fairly certain conclusion of Dr. Johann Walker. As director of operations for Ducks Unlimited’s Great Plains office in Bismarck, North Dakota, and one of the continent’s preeminent waterfowl biologists, Walker isn’t given to hyperbole.

But he’s not holding back on the severity of this summer’s drought across the Prairie Pothole region, the crucible of duck production in North America.

“It’s dry. Really dry in the Dakotas, especially North Dakota,” he says. “We have widespread extreme or greater drought conditions, and it’s really been building since the winter,” when the area received scant snowfall. “It’s as dry as we’ve seen it in 25 years.”

Indeed, the national drought monitor shows a large and growing bullseye of deep brick red over the Dakotas, with fingers south and west. This is classified as “exceptional” drought, and it’s creating cracked mud and dust in wetland complexes across an area the size of Texas that should be full of shallow water and cavorting ducklings this season.

Where do breeding ducks go in these conditions?

“Some species will respond by migrating farther north in search of water,” says Walker. “and they often end up in the boreal forest” of far northern Canada. But the boreal, an empire of stunted trees and shallow lakes, isn’t as productive as the prairie, so hens typically don’t hatch as many ducklings “or produce as many recruits to the fall flight,” says Walker. “But they at least get up there and have a chance to breed in those habitats. Wigeon and teal tend to do well there, and mallards and pintails will sometimes overfly the prairies in a drought year. Other ducks will stick it out in the prairies and try to do their best, so there will be some ducklings hatched as a result.”

“That’s fairly unusual behavior when we think of the typical prairie ducks,” he says. “They have a relatively short life expectancy, something on the order of two to no more than 3 years for the typical mallard or pintail or blue-winged teal.”

Before we get to what the suppressed duck production means for duck hunters this fall, it’s useful to note that the U.S. Fish & Wildlife Service’s annual survey of breeding pairs, which has been conducted nearly annually since 1955, wasn’t conducted either last year or this year because COVID restrictions prohibited USFWS pilots from crossing into Canada, where they do most of their flying. The most recent data available was from the 2019 waterfowl population status.

That annual survey data is analyzed and used to establish season structures and bag limits in each of the four continental flyways. Without the data, waterfowl managers are flying blind, says Walker.

The only other survey that has enough longevity to be reliable is North Dakota Game and Fish’s breeding duck survey, results of which were released in June. The survey, which has been ongoing for 74 years and was pulled off despite COVID restrictions, showed water indexes down 80 percent from 2020, and 68 percent below the long-term average.

Mallards in the North Dakota survey were down nearly 49 percent from 2020 numbers, and pintails were down 68 percent, to their lowest count since 1991. The only species that was up was gadwalls, which posted a 47 percent increase from 2020.

“That’s a big reservoir of ducks,” says Walker. “And that’s a buffer that we didn’t have the last time we went into a prolonged drought. But if you’re talking about this fall flight, I would anticipate that there will be fewer young birds in the harvest. I’m preparing for a fairly small fall flight comprised of older birds compared to normal.”

“Even if we got moisture now, it’s too late to help ducks,” says Walker. “It might make the grass a little greener and hopefully keep some cows from being sold, but it’s not going to have an impact on prairie [duck] production.

Shorter Seasons and Smaller Bag Limits May Be Ahead

Waterfowl managers note two related concerns based on poor production in the Central Flyway. One is that hunters, coming off two decades of liberal bag limits and long seasons and a COVID season that put more hunters in the marsh than previous years, may overharvest the adult birds.

With limited survey data, waterfowl managers may react by restricting both bag limits and season lengths for the 2022 season. That reduction, in turn, may surprise waterfowlers who have never hunted through 3-duck bags and 50-day seasons. Some may even leave the marsh altogether.

On the other hand, we’re entering this drought cycle with a continental population of 38 million ducks, far more than when we entered the previous drought cycle. Walker calls the two-year gap in data “not ideal,” but notes that the USFWS’s breeding-pair survey is mature enough to account for variations, and remains confident in the monitoring system to ensure sustainable duck numbers and harvest opportunities.

Plus, Walker is counting on the resilience of intact habitat.

“One of the things that’s true of the classic prairie pothole system—the vast complex of shallow wetlands—is that they thrive on cycles of wet and drought,” he says. “Wetland productivity tends to decline through extended wet periods. Drought is a useful reset, especially if it doesn’t last too long.”

He says the most important consideration is to ensure that the prairie pothole habitat is intact.

“We have to keep the table set, the nesting cover and the wetland basins,” he says. “As long as they’re there when we get wet, ducks will recover regardless of harvest. In general, habitat affects duck populations more than anything else.”