No, elk and moose aren’t tough to bring down—if you understand animal anatomy and shot placement 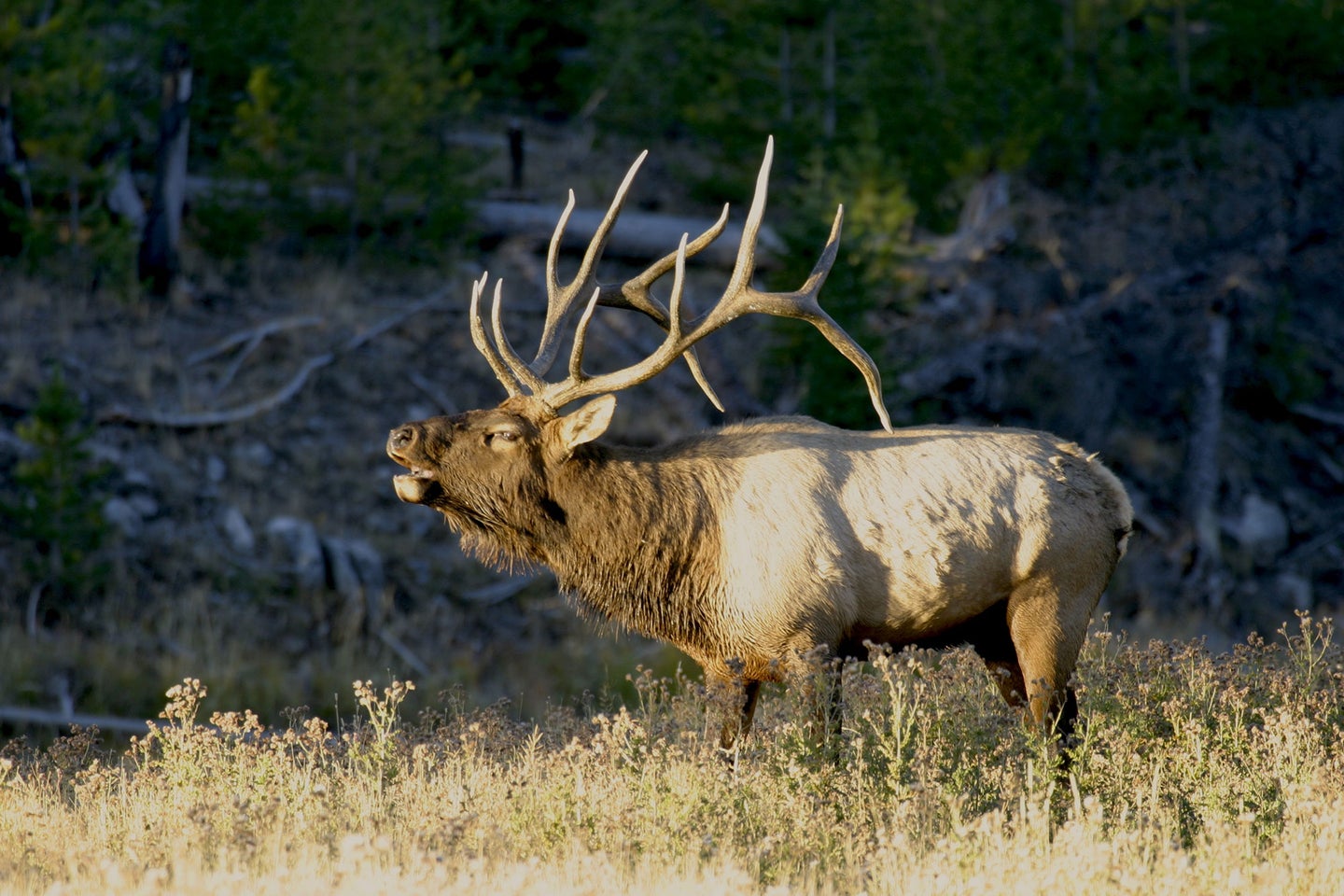 Here’s one a myth that many hunters fall for regarding western big game: The critters are bigger, stronger, and tougher than eastern game. Plus, western game animals have slightly different anatomy, which makes shot placement a real challenge.

Obviously, some western animals are big — Alaska moose and brown bears come to mind — but a fully mature Ohio whitetail buck more than holds its own against the biggest Colorado mule deer. More to the point, your bullet is designed to penetrate these animals and do fatal damage to vital organs — not knock them over. Size really isn’t that much of a factor.

As for anatomy, that’s no different either. A mule deer’s heart, lungs, liver, and spine are in the same locations as a whitetail’s. Ditto elk and moose.

Then why are western animals so infamous for durability? Why are they purportedly so hard to drop with well-placed bullets?

Fact is, they aren’t. I suspect the reason many hunters think they are is because of poor shooting. Uncle Theodore goes to Wyoming for his long-dreamed elk hunt, buys a new magnum to tackle those massive mule deer and elk, flinches, and makes a marginal hit. To save face, he tells everyone how those mule deer absorb bullets and simply run off.

Meanwhile westerners, weaned on elk shooting with .30-30s and .243 Winchesters and sometimes even .22-250s, deliver 100-grain death blows to everything from pronghorns to moose with accurate shots through the heart and lungs. Low and tight behind the shoulder for the heart, a bit higher hits lungs.

Let’s Get Real About Shot Placement

There are some cocky hunters who talk about neck or brain shots, but neither is a good idea. If any part of a deer or elk is going to move suddenly and quickly, it’s the head followed by the neck. A feeding animal can flick its head from ground level to fully erect in a split second while the chest remains stationary. Base-of-the-ear brain shots can too easily corrupt into broken jaw shots. Neck and spine shots can stun the biggest buck or bull that then leaps and runs while you’re patting yourself on the back. This is unacceptable.

Having taken or been in on the taking of literally hundreds of big game animals, my shot placement advice is “front half and center.” Run an imaginary line from the back edge of the animal’s front leg vertically through its torso, brisket to back. Run another from where the brisket begins turning up to where the backline starts transitioning into the neck. Now find the center of this box. The top of the heart is a little below center. Aim there.

If this sounds too simplistic, well, perhaps it is. But it’ll work. This boxed area harbors heart, aorta, lungs, spine, shoulder and leg bones. Hitting any of the first four will make for a very quick kill. If you pull the shot and end up breaking the other two, and you’ll likely slow him sufficiently for a quick follow-up shot. If you’re using the right bullet, however, it should transition from breaking the shoulder to puncturing the lungs and heart. An animal so struck will usually remain conscious for about 10 seconds during which it could run 100 yards or so. That’s ok. Tracking and blood trailing are hunter skills, too. Expecting every shot to flatten every animal where it stands is unrealistic.

Hunt long enough or listen to enough tales and you’ll understand that there are no guarantees. Nevertheless, hundreds of years of chest shots with spears, arrows, round balls, and modern bullets have proven the rule: A chest hit is your safest bet for a clean, sure kill.

However, the position of the animal in relation to the line of your bullet’s trajectory matters a great deal.

The classic “tight behind the shoulder” shot on a broadside animal, especially when that shoulder is positioned slightly forward, puts the bullet through or over the heart and into the lungs. If it sails a bit high, it’s lungs or spine. If slightly forward, it is shoulder/leg bones and more lungs. If forward and higher (the high shoulder shot) its lungs and spine.

But, if the deer is angled away from you, a tight behind shoulder aim can put the bullet between the shoulder and ribs. If that angle is steep enough, the ribs could deflect the slug to slide along them rather than hammering inside. The result is a non-fatal hit.

If the animal is quartering to, a shot behind the shoulder goes right to the paunch. The degree of these “quartering” angles determines the degree to which the bullet misses the vitals. This is why it’s important to visualize the vital chest cavity as if using x-ray vision. Think of the rib cage as an upside down canoe with prow at the front, but the ribs wrapping around and closing along the brisket. The shoulders “float” on the sides of these ribs with no bone connection to them or the spine overhead. The heart floats in the middle between the lungs but low in the brisket and sandwiched between the shoulders, slightly back. The top of the heart with its massive plumbing is most vulnerable.

This “x-ray” visualization helps you understand how a broadside shot punches in and possibly out again for maximum vital organ contact and destruction. The more you angle the prow toward  or away from the bullet’s line of flight, the less potential you have for impacting both lungs and shoulders. Many animals can survive single lung hits. Too steep of an approach to the chest often results in those rib bones deflecting the bullet.

This illustrates why premium bullets can be worth their cost. Ditto larger caliber, heavier bullets. When shooting angles are less than perfect — but you haven’t time to wait for perfect — a heavy bullet that stays in one piece can punch through enough muscle, paunch, or bone to reach and destroy vital organs. Many of us discovered this when trying to anchor a wounded buck or bull running away. The “Texas heart shot” with a soft, cup-and-core bullet blows away a chunk of rump roast. The same shot with a monolithic or partitioned, bonded core bullet stays in one piece and drives through muscle, breaks bone, and sometimes plow through paunch to reach liver and lungs. This is not to argue for taking going-away shots (don’t do this), but illustrates how the right bullets can save the day. And they certainly do the job for a variety of angled shots for which more frangible bullets are not suited.

Once you’ve fixed the thoracic cavity “canoe” zone in your mind, you’ll be prepared to imagine a line of flight that crosses the vital center of that zone from any angle. You may need to hold well behind the shoulder on a buck quartering away. You may have to hold in front of the shoulder on a bull quartering to or dead center on the neck above the brisket to hit the heart. And keep in mind how leg position — forward or back — can radically alter its relationship to heart/lung position.

Ideally, you’ll have the time and patience to wait for perfect body position, but if time is running out and your hunt is about to end, the right bullet from the right angle will succeed. Know your anatomy, know your bullet, know your shooting skills. And most importantly, know when to pass on the shot.

More Stories In This Series