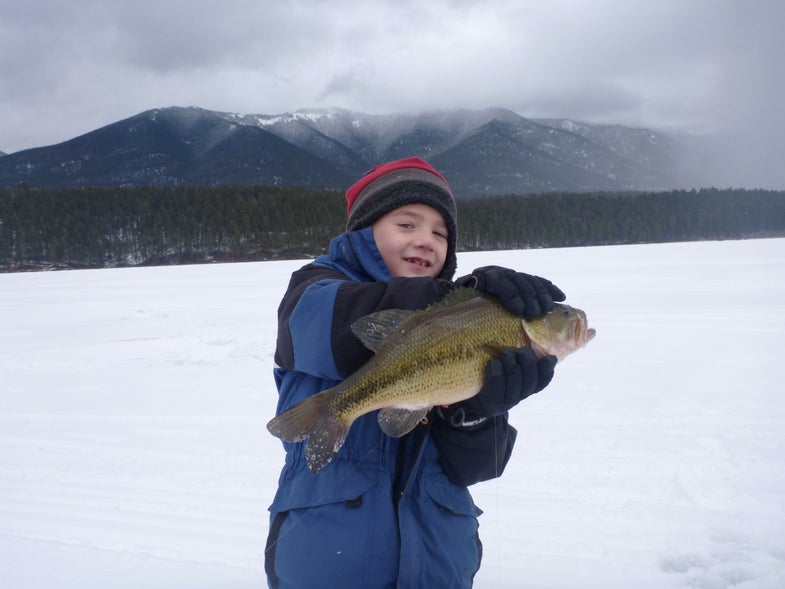 The Land and Water Conservation Fund has opened thousands of acres for public hunting and fishing. Ben Long
SHARE

For my son and I, the best way to endure Montana’s late winter is to go dunk a few maggots through a hole in the ice. Sometimes we even come home with a pike, some perch, and once a big largemouth bass.

Our last outing reminded me of one acronym every American hunter/angler should know: LWCF. It stands for the Land & Water Conservation Fund. As we toted our sled full of 5-gallon buckets and stubby fishing rods to the shore of a local lake, we passed a sign that gave a subtle mention to LWCF. I imagine we were the only ice-anglers to take notice that day.

Most fishing access sites in Montana – and uncounted thousands around the country – were paid for by Land & Water Conservation Fund. In short, if there were no LWCF, you very well might not have a place to hunt and fish.

The lake is 10 minutes from our home. The fishing access site is only about 5 acres, but it opens up 250 acres of water for anyone to enjoy.

LWCF is perhaps the most successful habitat and access program in the history of the United States. Not to put down Pittman-Robertson or other important programs, LWCF is in a class by itself. Sportsmen should understand and defend the Land & Water Conservation Fund, because these days it has become a political football.

Here’s how it works. America is blessed with natural resources – including offshore oil. When oil companies drill that oil, they pay a royalty. Back in 1964, Congress decided a a chunk of those royalties should go to pay for things like city parks, fishing access sites, wildlife habitat, golf courses and basketball courts – and all without raising taxes. They created LWCF as the mechanism to make it happen.

It turned out to be a very good idea, especially for those of us who want our kids and grandkids to have a place to enjoy the outdoors. According to the LWCF Coalition:

Over the life of the program, more than $3 billion in LWCF grants to states has leveraged more than $7 billion in nonfederal matching funds. But funding levels have been unpredictable and the average annual appropriation since fiscal year 1987 is a mere $40 million—despite the need for millions more.

You can visit lwcfcoalition.org and find a list of investments made with LWCF dollars in your state.

Take a look around for that logo. Let me know if your fishing access sites or other favorite spots were paid for with LWCF.