We examined claims from both sides about why federal public land should, or shouldn’t, be transferred to the states. Here’s what’s legit, and what’s not 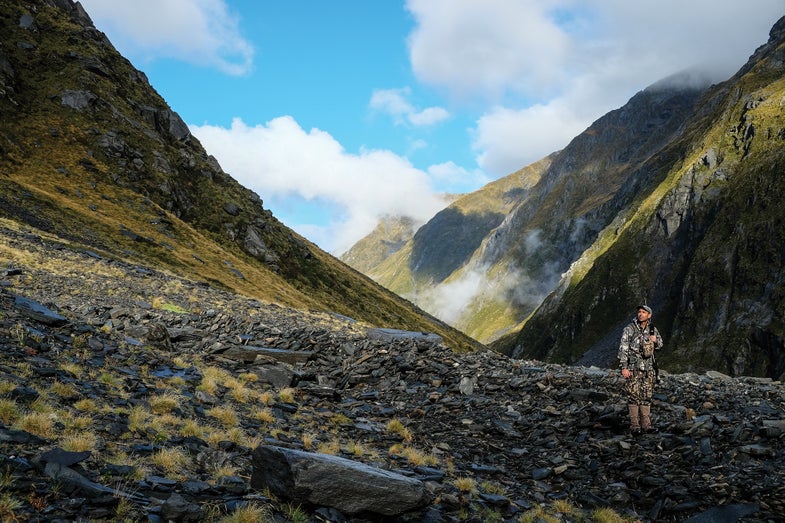 The author in the southern Alps. Ben Potter
SHARE

In congress and around campfires, Americans are debating the fate of federal public lands—640 million acres of national forests, wildlife refuges, and parks. Some politicians and special-interest groups say that Congress should dump these lands by transferring them over to individual states.

Proponents of transfer say that state governments can do a better job of managing public lands than the federal government can, and that states would better utilize natural resources to bolster local economies. Opponents argue that transferring lands to the states is just a step toward privatization and would jeopardize the country’s natural treasures. Plus, it could lock sportsmen and women out of the best public hunting and fishing in the country.

In hopes of demystifying the debate, we examined claims from both sides about why federal public land should, or shouldn’t, be transferred to the states. Here’s what’s legit, and what’s not.

This is a common claim—that it is unconstitutional for the federal government to manage land beyond the District of Columbia or military bases. However, a subcommittee (7 Republicans, 3 Democrats, and 1 Independent) of the Conference of Western Attorneys General completed a two-year analysis of this argument and determined that it was unfounded. Also, the U.S. Supreme Court has ruled that the federal government has a right to own public land, going all the way back to 1840, United States v. Gratiot. Lastly, Bishop overstates the extent of federal land holdings nationwide, which is closer to 28 percent.

This oft-cited “72 percent” statistic is verifiable. It’s derived from the U.S. Fish & Wildlife Service 2011 National Survey of Fishing, Hunting, and Wildlife-Associated Recreation. Losing public land would be a death blow to hunting as we know it, which is a cornerstone of our American heritage.

Managing wildfire, weeds, and roads on 640 million acres is expensive. For example, the U.S. Forest Service spent $2.6 billion in 2015 just on fighting and managing wildfires. Sparsely populated Western states would have to raise taxes to cover those costs if they took on management of the land. Pressure would mount to sell those lands rather than raise taxes. A 2016 study by an independent consulting firm commissioned by Wyoming found the state could not afford management of 25 million acres of federal land within its boundaries. And state land boards and legislatures have already sold thousands of acres they did have control over. Idaho recently sold choice parcels around Priest Lake, while Oregon is on the brink of selling Elliott State Forest, which has prime elk and steelhead habitat.

The Utah-based American Lands Council is one of the main groups leading initiatives to transfer America’s public lands to individual states. But it’s unclear which lands the council actually wants. Last year the group’s CEO, Jennifer Fielder, wrote an op-ed stating she’s focused on: “improving conditions on ordinary public lands that are supposed to be managed for multiple uses, but increasingly aren’t.” But on its website, the ALC features a map titled “Unlock Our Lands!” that highlights in red the very places it claims not to be targeting: national parks, refuges, and wilderness areas. ALC founder Ken Ivory, a Utah state legislator, has written that Western states should be more like Illinois, with less than 5 percent federal land. Currently, National Park Service lands alone make up 3.5 percent of all land in the U.S.

RULING: DUBIOUS. BELIEVE AT YOUR OWN RISK

It’s true that some federal land is difficult for outdoorsmen and women to access. Federal wilderness areas are off-limits to motorized vehicles, and other lands have travel restrictions. Other public lands are islands surrounded by private land. But the notion that federal land is “locked up” and not being utilized is patently untrue. According to the U.S. Fish & Wildlife Service, some 5 million hunters annually use public lands, not to mention millions more anglers, bird-watchers, and hikers. As for natural resource extraction, the Office of Natural Resource Revenue reports oil companies pumped 455,000 barrels of crude oil from federal public lands every day in 2015 (the most recent data available). The BLM leases 155 million acres for livestock grazing. America’s public lands are being used for resources and recreation. The challenge is balancing demand for these with the needs of fish and wildlife.