Barebow Shooters are the Fun-Loving Outcasts of Competitive Archery. But Our Ranks Are Growing 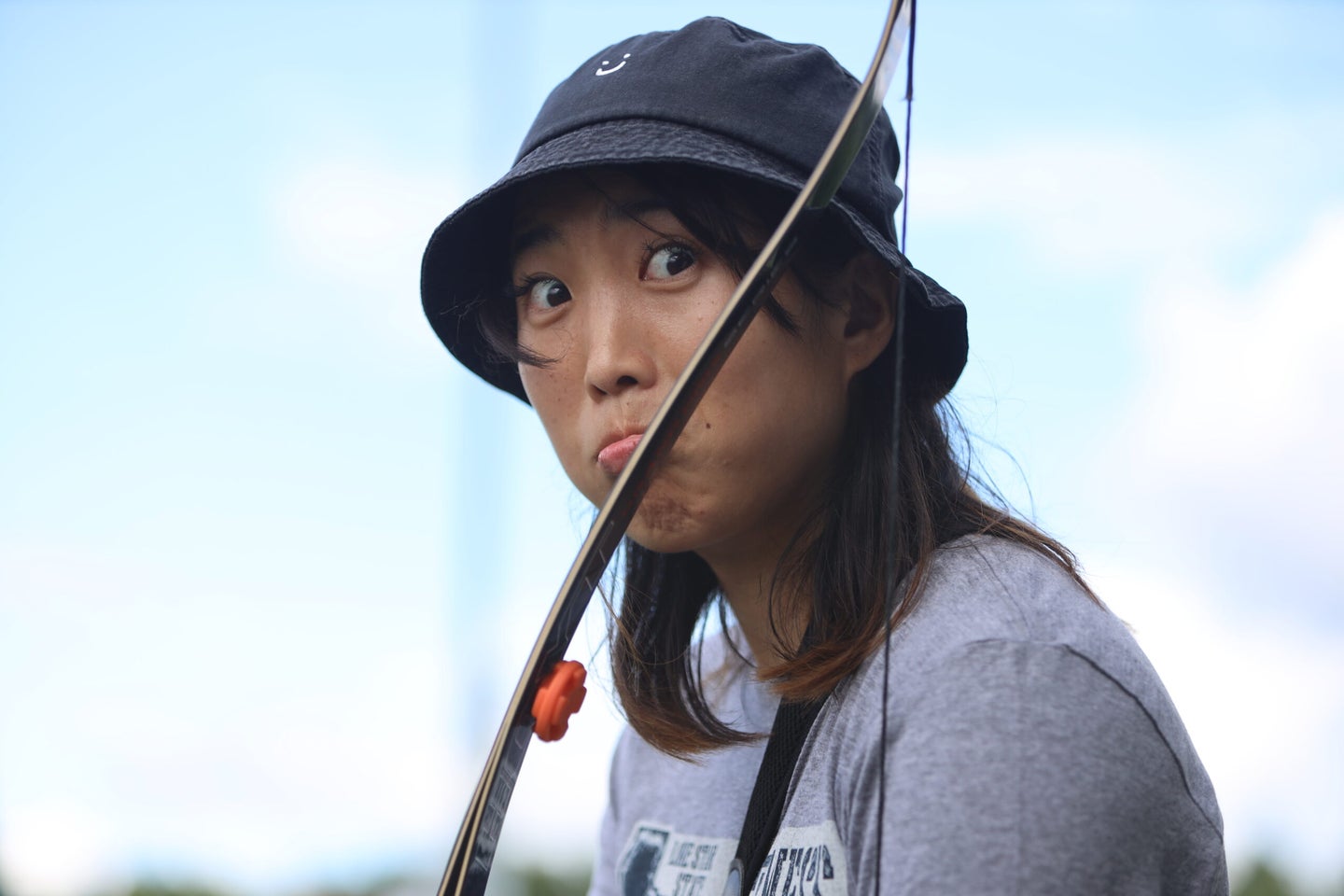 The best barebow shooters don't take themselves all that seriously. Marcel Laurens
SHARE

An air of seriousness settled in as conversations turned to silence and archers prepared to shoot the first arrows of the USA Archery Outdoor National Championship. The signal was given to approach the shooting line when someone yelled “Barebow!” and the other archers responded “Barebow!”— kind of like when the entire crowd yells “Charge!” at a baseball game.

That’s not normal. Well, that’s not normal for behavior for most archery disciplines. When the compound and Olympic recurve archers approach the line, there is no unifying chant. People quietly approach the line and shoot their arrows. Target archery is often a serious game. Archers are competing for spots on World Cup teams, sponsorship dollars, and trying to make the USA Archery Team.

But barebow is different. There isn’t a ton of money to be won, or an Olympic team to make. People shoot barebow for fun.

“We’re like the group of people at a party playing cornhole. There are no professionals. It’s not that serious, so we can go shoot and have a great time. We’ve always been laid back,” said John Demmer III, who is, in my—and many people’s—opinion the best barebow archer in the country. He holds world records, national titles, and is the closest thing the barebow world has to a celebrity. Except barebow archery doesn’t have celebrities because we’re such a small group — a niche within a niche of the archery world—that no one knows who we are. At least, for now.

What Is Barebow Archery?

Barebow archery is a competitive division where archers shoot recurve bows without sights or stabilizers. The bows resemble a modern traditional recurve bow with a metal riser, high-performance limbs, an elevated rest, plunger, and a small weight mounted to the riser. Archers typically aim using their arrow point.

The term “community” gets thrown around way too often, but there really is a community of competitive barebow archers. We joke with each other between rounds of shooting, we support each other when needed, and are quick to give a ribbing when support isn’t needed. It’s one of the most welcoming and pleasant competition cultures I’ve experienced.

I think the best example of this was during the head-to-head matches. It’s typically an intense portion of the competition, but barebow archers were helping and cheering each other on. It felt like shooting a fun round with your friends more than a national event—aside from the nerves.

In my opinion the barebow culture is a product of the fact that misery loves company. People aren’t miserable while shooting. It’s that shooting a recurve bow without sights is a difficult thing to do, and everyone that does it is part of a collective group that has gone through the same struggles.

Frank McDonough finished third at the U.S. Open and is one of the few barebow-specific coaches in the country. He’s also the founder of The Barebow Project, a podcast and YouTube channel that provides information on barebow archery.

“It’s the acceptance of the struggle,” McDonough said. “The level of difficulty is so much higher to be really good. Part of getting into barebow is accepting that struggle and we’re all on that same journey.”

In compound archery, if you flinch and shoot an eight, you dip your head and shake it in disappointment. In barebow, if you fling a four, you shake your head and laugh. It’s something that happens to new archers as well as the best of the best. Barebow is good at keeping egos in check because you’re often not too far off from your next lesson in humility.

Those factors contribute to creating a growing community of archers who don’t take themselves too seriously. In the past few years barebow has gone from a few crazy people who shot without sights, to a division that’s beginning to equal the size of Olympic recurve and compound target archery. Why are people removing their sights?

Well, because it’s a hell of a lot of fun. “The more people see that we have a good time,” Demmer said. “People want to be part of having a good time and enjoying the hobby.”

“I think now you’re seeing more and more people switching over from other disciplines, McDonough said. “I think people are starting to see that you can be competitive and still have a really good time.”

Another factor is that there is more information available from sources like The Barebow Project and The Push to help people get started in barebow.

“We’re in a good day and age for the information superhighway. It’s a lot easier for people to get into it,” Demmer said. “I’m guessing we’ve grown 300 to 400 percent since the first year barebow was at Outdoor Nationals.”

The growth is astonishing and isn’t limited to the USA Archery barebow circuit. Barebow is exploding in popularity worldwide. So much so that World Archery, the international governing body for target archery, held a vote to include barebow in its world championships during 54th congress, which took place September 17 to 18, 2021.

The motion did not pass, receiving 82 votes in favor of adding barebow to the world championship and 102 against. This was a crushing blow to many in the barebow community, who recently had success with World Archery ratifying barebow target archery world records. While it hurts not being included in the World Championships with Olympic recurve and compound. The reasoning from the target archery committee on why barebow was not included stung even more. From the committee feedback at the 54th congress:

“Inclusion of barebow would raise the participation number so high that it would be impossible to find organisers for target World Archery Championships due to necessary venue size. If this motion is accepted, it would result in setting a participation limit for every category (including for recurve and compound). Or would be leading to an extension of the event programme which would significantly raise the price of participation for all teams. Looking from World Archery perspective, it would also mean extra cost and budget increase, which means there will need to be something that World Archery will do less in the future if extra revenue sources not found.”

Is too much growth a bad thing? Apparently, it can be. While the target archery committee’s reasoning can seem reasonable because more archers does mean added expense. To many, it’s not a strong enough case to exclude the division.

At the 2021 World Archery Championships there are about 335 archers competing. That’s not an insignificant number, but it’s far from the largest archery tournament in the world. There are major events held each year—minus 2020—with thousands of archers in attendance. Barebow would bring the number to around 450 archers. Also, if you look at the YouTube views for barebow divisions versus other archery divisions, it becomes clear that fans would much rather watch barebow.

I could be biased because I’d love to see barebow in the world championships. But, being as objective as I can be, I don’t see a downside to allowing one hundred fun-loving barebow archers into archery’s biggest tournament. Until the World Archery delegates agree with me and the other barebow archers, we’ll just keep having the most fun at the tournaments we are allowed to compete in.