Gas Prices: The Limiting Factor in Hunting Access That No One Talks About

Costs associated with hunting, like fuel and ammunition prices, can have an impact on who gets access to certain hunting spots 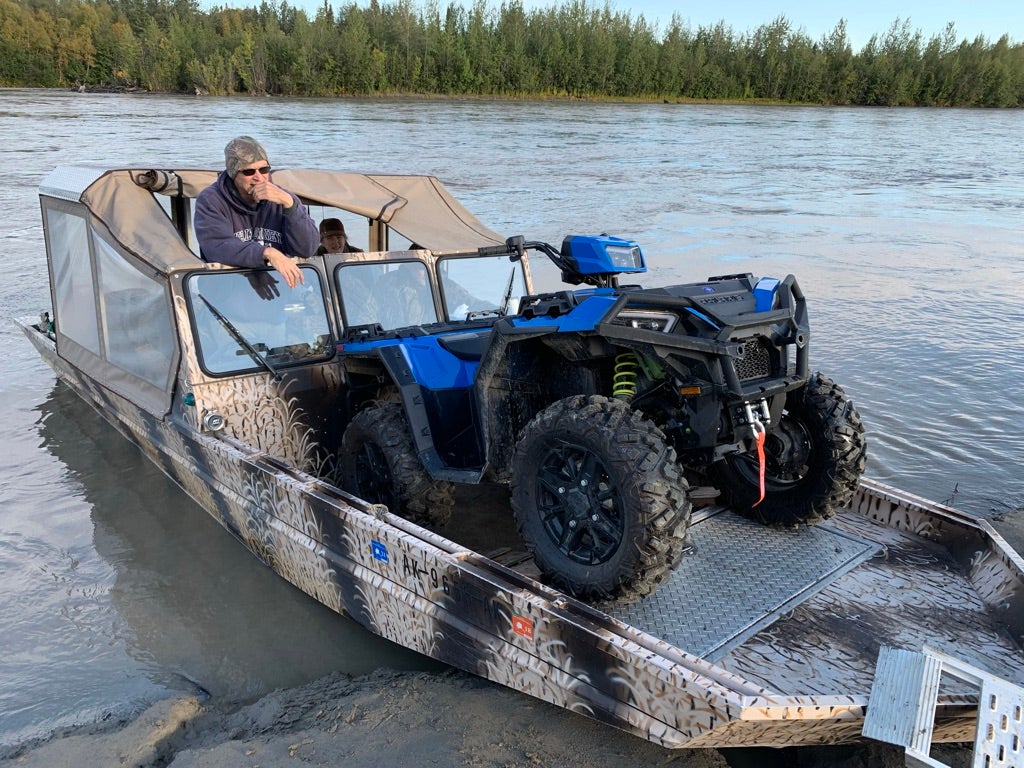 When logistics are everything, fuel prices can have a big impact. Tyler Freel
SHARE

“Get it while the getting’s good!” shouted the guy at the next pump over while I was filling several 15-gallon poly fuel drums. I was getting ready for a bear hunting trip, and he had said what everyone was already thinking. This was in May 2020, and the “getting”—at least as far as gas prices go—was fantastic. Fuel was cheap, and there was no better place to social distance than out in the woods. In fact, we were paying around $2.15 per gallon at the pump in Alaska, a price I hadn’t seen since graduating high school in 2004. Filling up felt almost like stealing that spring.

It’s been a different story in 2021, as fuel prices have steadily risen, hitting their highest national average since September 2014 according to AAA.

The national average is about $3.38 per gallon, and we’re paying about $3.75 per gallon here in Fairbanks, Alaska. As you branch out from the population centers of Anchorage and Fairbanks, fuel prices skyrocket. I paid more than $5.50 per gallon on a recent trip, and in many rural communities, you’ll find gas is regularly $6, $8, and $10 per gallon or more. Sometimes you can’t even buy it.

Seemingly, everyone likes to complain about fuel prices, but at a certain point fuel prices and other costs associated with hunting start to have a very real impact on hunter behavior and opportunity. That’s something that isn’t often talked about in the access and hunter participation conversation. Sure, there will be plenty of folks who are happy about fewer non-resident hunters. And yes, there’s an environmentalism argument that high gas prices keep people from burning more gas. But in Alaska, and other rural places where you need a motor vehicle to get just about anywhere, the prospect of being excluded from the wild land is a scary one.

The effects that fuel prices can have on hunting opportunities are extreme up here. In many rural communities, where prices are often exponentially more than the national average, many subsistence hunters simply cannot afford the fuel to take their boats out hunting or fishing when prices really spike. Along with maintenance and insurance, fuel prices also drive up the costs and associated prices of scheduled and chartered flights into remote Alaska. About eight years ago, the price for a particular charter flight I would pay for to hunt sheep was $2,200 each for my hunting partner and myself. That same flight to the same place is currently around $3,700 per person. For me, that’s no longer affordable. In fact, the increasing costs associated with the logistics of reaching these remote areas are restricting many people from the hunting opportunities they once had. There are millions and millions of public acres in Alaska that are really only accessible if you can afford to charter a plane.

Read Next: Is Ford’s Electric F-150 a Real Hunting Truck?

A similar thing happens in the lower 48, but to a much lesser extent. A study by Southwick Associates found that in some cases (like Idaho in 2011), resident hunting license sales increased as fuel prices increased, but for every $1.00 per gallon increase in fuel prices, non-resident license sales decreased by 1,476 hunters. Similarly in Iowa, that $1 increase in fuel prices resulted in an increase of resident licenses by 4,350, but a decrease in non-resident licenses by 6,614. These statistics aren’t very impactful on their own. But now throw in the higher costs (and a shortage) of ammunition, food prices, plus non-resident tags and licenses, and you’ll end up with a whole group of workaday hunters who are priced out of any out-of-state opportunities.

To resident hunters in many places, this is a welcomed relief. Whether right or wrong, plenty of people prefer not to see scores of non-resident hunters in their state. However, the more well-off hunters will still be making their trips, fuel prices, licenses costs, and guide fees be damned. And as studies indicate, the higher fuel prices often bring an increase in local resident hunting. Most hunters aren’t simply going to hang it up for the fall because their big trip isn’t feasible this year, they’ll find ways to hunt closer to home. Adapting to seek out new, more affordable opportunities is great, but in states with limited public land and tough private land access, hunters will be more concentrated, and the quality of the opportunity will decline.