My Rifle Is Better Than Yours—and Always Will Be

Think your old meat-in-the-pot rifle is unappreciated by today's gun writers? You're not alone 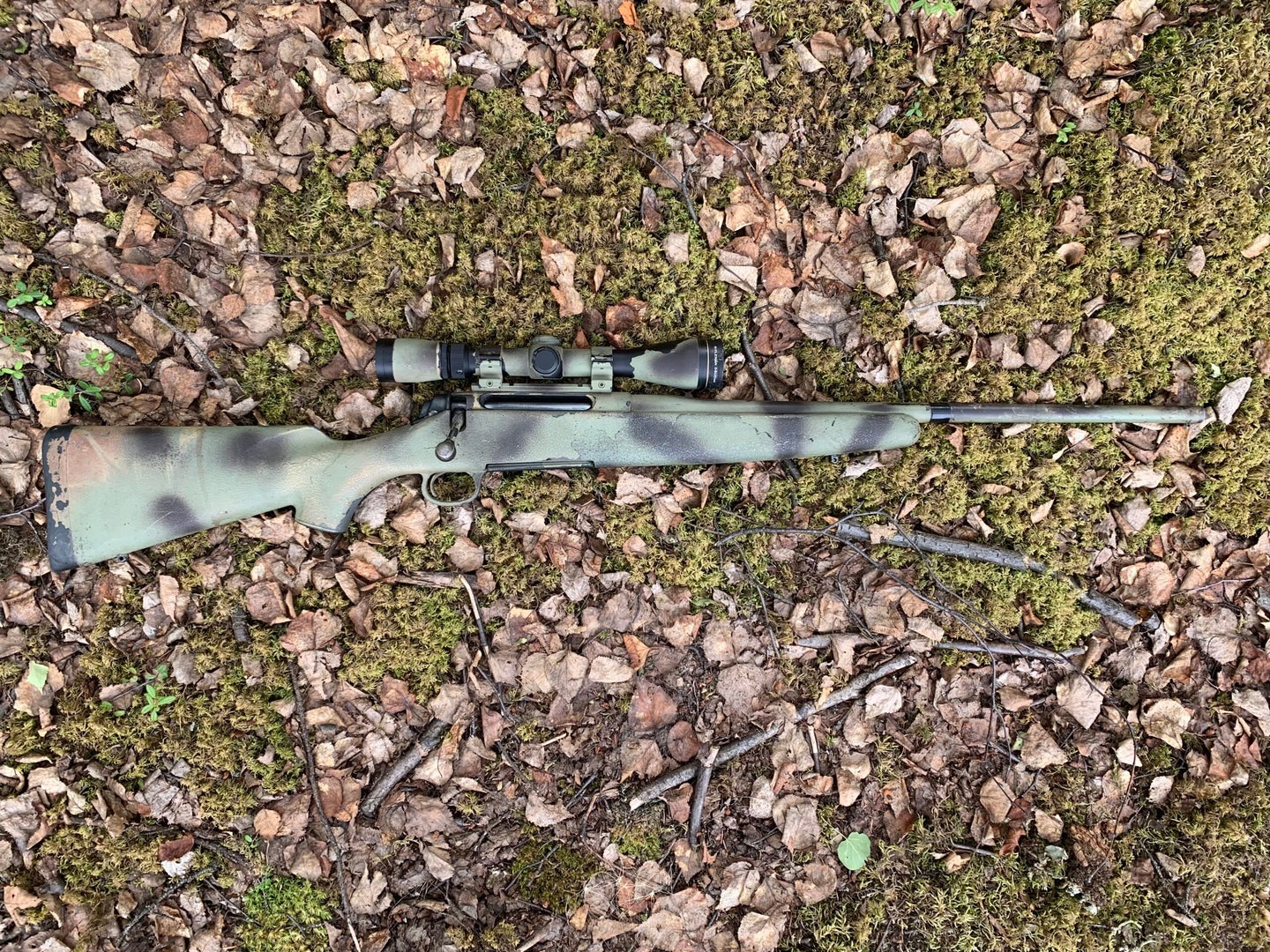 Gun writers have it all wrong. If their opinions weren’t bought off by under-the-table bonuses from rifle companies, then they’d all agree that my rifle is the best. Or at least, it’s better than any new hunting rifle that they are reviewing.

Frankly, I’m tired of my rifle being overlooked by these uppity writers and editors. So here is the list that I know you’ve all been waiting for: the list of why my rifle really is the best.

My Rifle Was Priced Right

Every superhero has an origin story, and so does my rifle. Twenty years ago, I plucked it from the dusty shelf of my local sporting goods store at the behest of my buddy Hugh (who got the inside scoop from the guy who works the counter). You see, the gun companies don’t want you to know about the best rifles—they’d rather sell you something much more expensive that’s not actually any better. So, it didn’t bother me that the rifle had never been reviewed by “experts” or that it was made in Pakistan. I felt like I was stealing when I handed over two hundred bucks for it, cash.

A rifle is a tool, afterall. Who needs all that pizzazz—fancy palm swells, rails, firing pins, extractors, and such? The very first season I took my rifle hunting and shot my biggest buck ever with it. That was the best $200 I’ve ever spent.

My rifle is just as accurate as it needs to be. Hell, the gun writers can only get half-inch, five-shot groups out of 16-pound precision rifles that cost $5,000. My rifle shoots quarter-inch groups with the cheap ammo. Well, it has shot quarter-inch groups.

To be honest, I haven’t measured any groups, but lots of times I’ve had two bullet holes touching. Who needs to be able to shoot groups anyway? When’s the last time you had to shoot an elk five times? It’s only one shot that I need, and that one shot is always true. I’ve connected on shots that would make Alvin York blush—it’s too bad no one was there to see them.

I measure my rifle’s accuracy in meat put on the table, and it does that just as well as any of those fancy and expensive shooting irons.

My Rifle is Powerful

My rifle does not concern itself with terms like “trajectory” or “ballistic coefficient.” It’s chambered in the tried-and-true .30/06 Springfield—does any other cartridge exist? It brings much more knockdown power than today’s trendy 6.5mm cartridges, which are barely powerful enough to kill a small whitetail doe. The old Ought Six was designed for the U.S. military back when men didn’t wear their hair in buns and weren’t scared of a little recoil. Roosevelt and Hemingway killed big game in Africa with the .30/06. I don’t need math to tell me it’s simply better than the new cartridges, which are supposedly more efficient and accurate (but I haven’t ever tried them and never will).

My Rifle Does It All

My rifle is the ultimate hunting rifle. It can takedown moose in the Yukon, pronghorn on the prairies, and elk in the Rockies. I haven’t actually hunted any of those places, but if I wanted to, I could. More importantly, I’ve shot enough whitetails on the back 80 over the years to know that my rifle is not only the best deer hunting rifle, but it’s also the best all-around big game hunting rifle—and that’s not debatable

My rifle has soul. There’s a memory in every scratch and chip—something you can’t buy with your checkbook. That kind of value must be earned. My rifle has been a reliable tool at the highest of highs and its been there for the lows too. I worked hard to get it, and it’s been a key component of some of the memories I hold most dear. No rifle you could put in front of me will ever have the meaning of my rifle. As far as I’m concerned, there is no other rifle that can compare.

And when some damned gun writer suggests that a new rifle might be better than the rifle I have and love, well, I consider that nothing short of an attack on my character.

In all seriousness, character and experience do play a huge role in the value that each hunter puts on their favorite rifles. I’m that guy too. I’ve stuck by some of my favorite rifles simply because they’ve proven themselves in the field.

I’ll never sell my first big-game rifle—a Remington Model 710 in .30/06 (who would buy that ugly thing anyway?). Despite its lack of refinement, I love that rifle. Its accuracy isn’t bad, and it has always gotten the job done. Objectively, there are much nicer and better rifles out there, but I’m still proud of what that gun has done.

That M710 has been places with me. It’s killed monster black bears, Dall rams, and the biggest bull moose I’ve taken. Sure, It’s ugly as sin and when you’re working the bolt it feels like you’re trying to draw back the plunger on a spent tube in a grease gun. But still, that rifle is special to me—even if it’s not actually the best.