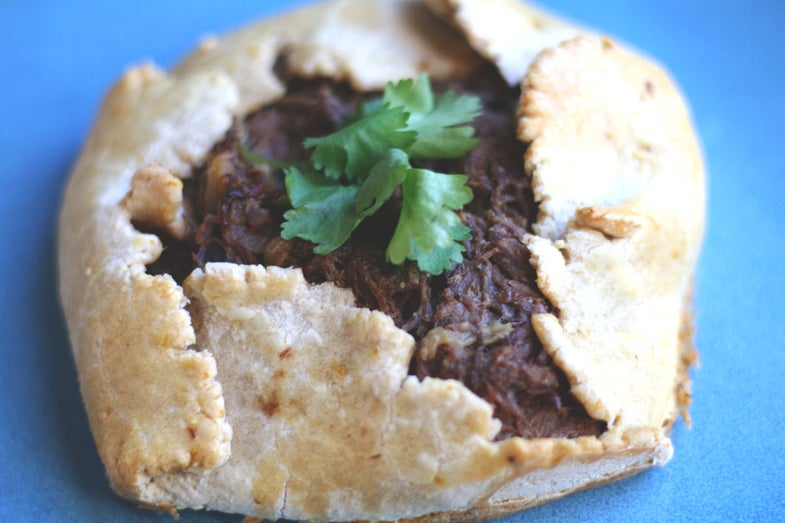 My oldest hunting memories are of duck hunting. I have been out in a duck blind since I was six years old. My dad and my Grandfather would load me up in to a small aluminum boat with a three-horse motor on in it and take me out on to Leech Lake. Back in those days, you couldn’t start hunting until noon on opening day. But we would still get up at four in the morning, pack our breakfast, and head out into the cold to sit in a swamp for seven hours. You would think a six-year-old might get bored sitting in a swamp doing nothing for so long, but I didn’t care. I was duck hunting, and even if that meant sitting in a boat in the freezing cold while my father slept—I was going along. I was always too amped up and on the alert to be anything other than excited.

The duck blind was where I really developed a love for hunting, and where I got interested in other kinds of hunting. And when I got older, it was ducks that also got me interested in learning more about cooking. One reason is because they’re so versatile. Back when I was single, I would hunt ducks 45 to 50 days each season, and eat duck every day. I never needed to buy meat because I always had a freezer full of duck. And when you’re eating duck on daily basis, it becomes necessary to explore as many kinds of recipes as you can. Ducks works in so many different kinds of cuisine that I like to think of ducks as the pigs of the sky. Just like pigs, everything on a duck is useable from the tongue to the feet. Ducks are delicious and can be cooked thousands of ways.

My go-to recipe for duck is that duck and squash curry I wrote about a few weeks back: it’s hearty and rich and a little spicy—perfect for cold fall and winter meals. But that recipe might get replaced with this one. These Chinese duck pies are some of the easiest, best-tasting things I have ever tried with duck.

Prepare the ducks by placing them in a large pot and season liberally with salt. Cover the ducks with water and bring to a boil. Turn the heat down to a gentle simmer and cover, cooking the duck for about an hour, or until the duck meat is falling off the bone.

While the ducks are cooking, make the pie crust by adding all the ingredients except the water to a food processor equipped with a pastry blade. Pulse until the texture becomes similar to wet sand. Pour the dough onto a clean work surface and use your hands to work it into a ball. Add a little water at a time until the dough feels elastic. Wrap in plastic wrap and place in the fridge until you’re ready to use it.

When the ducks are done cooking, let them cool. Then pick all the meat off the carcass and set aside. Heat the oil in a large frying pan and add the onion. Cook over medium-high heat until softened, then add the garlic and cook for one minute more. Sprinkle the flour over the onion mixture and stir to combine. Stir together the stock, wine, orange juice, and soy sauce, and add it to the pan, stirring it together until the sauce thickens. Add the honey and the five-spice. Taste and adjust seasoning to your liking. Stir in the shredded duck until well combined.

Divide the dough into four equal portions and roll them out into round flats. Spoon the duck mixture over the dough equally, then fold up the edges around the pies. Place the pies on a well-greased baking sheet and brush the edges with the egg wash, then bake in the oven at 400 degrees for 25 minutes.

If you want to make these ahead of time: place them on the baking sheet and put them in the freezer until frozen. Then place the frozen pies in bags and keep in the freezer for up to 6 months. The when you want one, just thaw it out and bake.