Meanwhile, Montana could lose access to 600,000 acres in the northwest part of the state 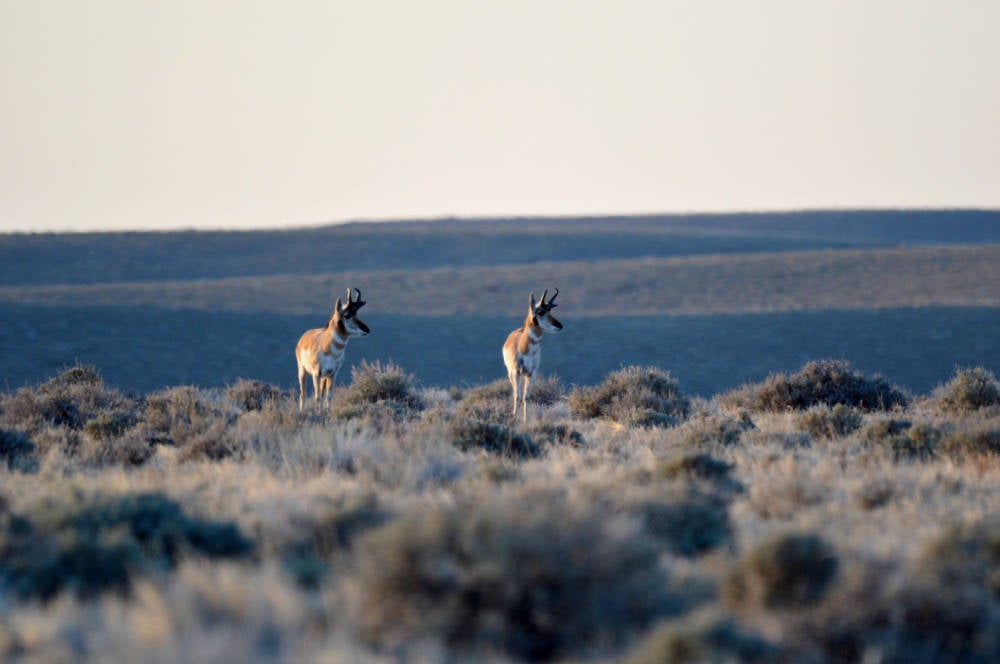 Wyoming is known as an outdoor paradise because it has plenty of public land to roam. Lawmakers there are looking to continue that trend with the potential purchase of 1 million acres in the southern part of the state. Meanwhile, just north in Montana, sportsmen and women are alarmed as 600,000 acres of privately-owned land that has historically been open for hunting and fishing is about to change hands.

Both of these issues have a history. Back in the 1860s, President Abraham Lincoln and other lawmakers allocated land to subsidize railroads so that tracks could be laid across the American West. These railroad grants still remain today, though they have changed hands often over time.

The state of Wyoming is considering buying 1 million acres of land—half the size of Yellowstone National Park—and 4 million acres of mineral and energy rights along the I-80 corridor, currently owned by Occidental Petroleum. The land is commonly called the Union Pacific checkerboard because of its history tied to the railroad.

Gov. Mark Gordon and legislators announced they are moving ahead with plans to purchase the lands to improve public access and generate revenue. The deal would require legislative action, perhaps even a special session.

“Things are still playing out and there are a lot of unknowns out there,” said Nick Dobric, Wyoming Field Representative for Theodore Roosevelt Conservation Partnership.

Because it is in a checkerboard land ownership pattern (a mix of public- and privately-held properties), a change of ownership could greatly complicate access to blocks of public land, predominately Bureau of Land Management ground. It’s mostly sagebrush/steppe-type habitat, hosting a variety of wild game, including pronghorn and mule deer. But much of it has already been developed for oil and gas.

Details—including exact acreage, potential price and how habitat and access would be balanced with resource development—remain unclear. Republican Senator Eli Bebout said the state has the money in the bank to complete the deal, and should.

“Now is the time to do it; let’s move forward,” he said. “I’ve been doing this for 28 years now and I’ve never seen anything quite like this. It could be a real home run.”

Meanwhile in Montana, there is growing concern over the potential loss of access to 600,000 acres in the northwestern part of the state. Some of this land was obtained through historic railroad grants that changed hands from one timber company to another. Over the decades, those timber companies traditionally allowed hunting, fishing and camping without a fee. Elk, moose, whitetail and mule deer, as well as mountain lion, black bear and wolf are all inhabitants.

Currently, those lands are owned by Weyerhaeuser Co. However, earlier this year Weyerhaeuser announced plans to sell that acreage to Southern Pine Plantations, based in Georgia, by June. Southern Pine Plantations has a track record of selling lands to people who have locked up access in Idaho and Montana. Since the announcement, the company has made public comments that it has no plans to deny land access, but that could change if ownership changes.

Read Next: Wyoming Has a Wilderness Problem

Of the 600,000 acres, about 100,000 acres are in the Thompson River and Fisher River drainages, which are covered under conservation easements with Montana Fish, Wildlife & Parks. Access to that land is protected under those easements. However, the bulk of the land is open to being sold in chunks. Whoever buys it will have final say on if it can be utilized by the public.