The coronavirus pandemic is taking its toll on families, but getting outside—and getting through it together—is more important than ever 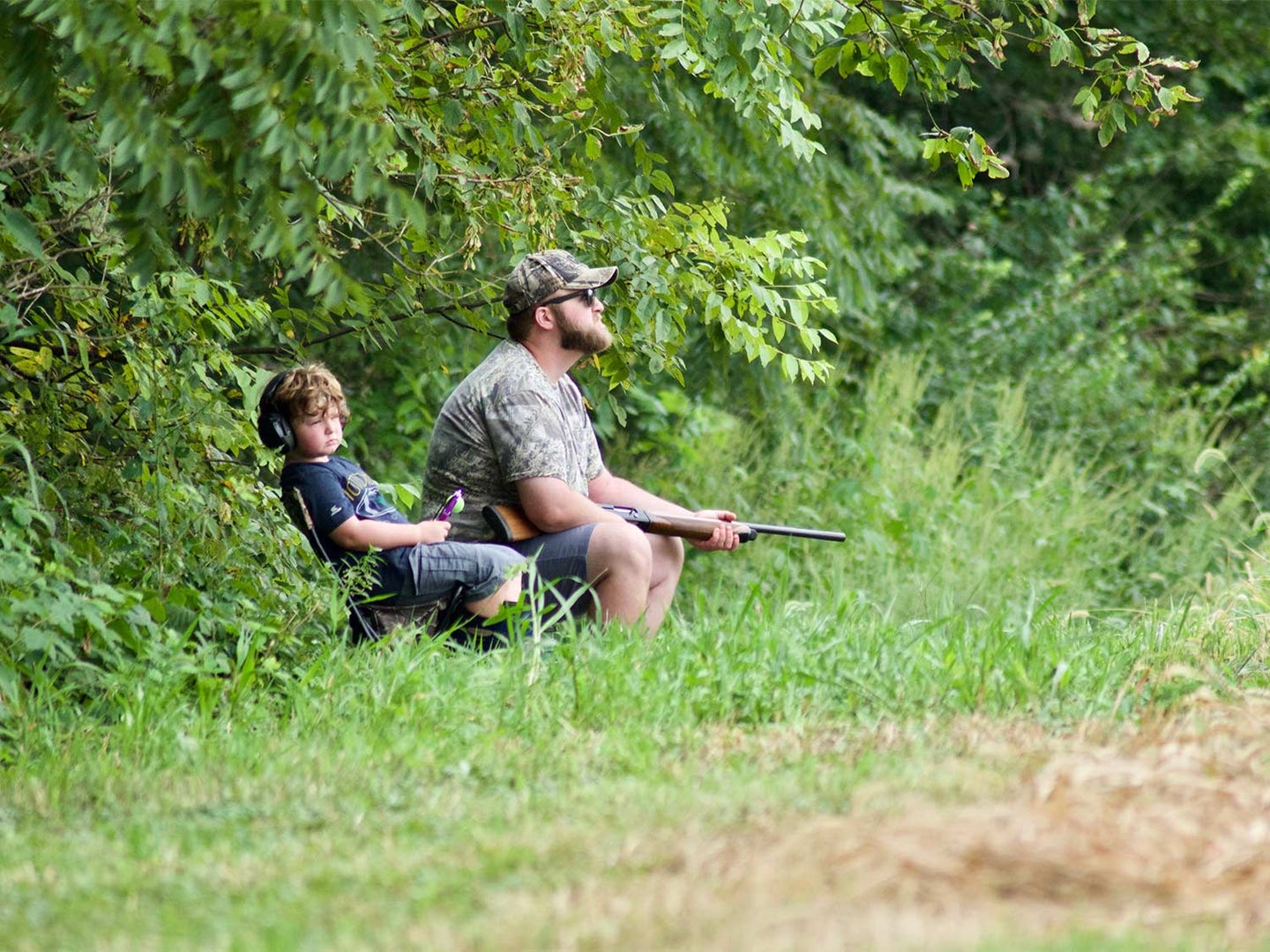 A man and a young kid sit at the edge of a field for hunting. Joe Genzel
SHARE

It was mid-summer and my then 6-year-old son, Donald, was standing on the dock of my parent’s small farm pond in just his underwear and Crocs, reeling in one bluegill after the next. He yelled for me to come help him unhook a fish, and I ended up sitting there on a five-gallon bucket, watching him for the better part of an hour. I took bluegills off the end of his line as he told me how easy this was, and how he should be a professional fisherman.

It reminded me of my last great afternoon of fishing with my own dad, more than 30 years ago. We were on the Chippewa Flowage in northern Wisconsin, and he and my uncle were hooking into crappies while I sat in the front of the boat. Then Dad switched spots with me so I could get on the fish. He cracked a beer, lit a Marlboro Menthol, and watched, smiling as the two of us filled the basket with slabs.

The nostalgia of that Wisconsin afternoon mixed with Don’s excitement, all of it was a welcome break from the stresses of this year. There have been hardships for so many folks during COVID-19, and though my family has been fortunate to stay mostly healthy and employed, the additional parenting challenges have been difficult.

Don is as social a kid as there is, and being stuck at home, away from friends and his extended family, has been immeasurably tough. He will talk to anyone. Before the pandemic, we would take walks down our street. If our neighbors were in their yards or working in the garage he would say, “Daddy, I have to go talk to them.” And he would…often for 15 or 20 minutes.

Along with so many things, coronavirus took that away. It stressed and worried him to not have that connection with people. He’s lonely. Eventually, he started standing in our driveway, waiting for people to walk by so he could chat them up. He would tell me he was going outside to play, but I knew the real reason.

My wife, Katy, works nights, which means Don and I spend a lot of time together. So we talk about all kinds of things, including the things that bother him. Like dying. Don is scared of death because several people close to us passed away in a short window when he was younger: two great grandmothers, a great uncle, a great aunt, plus some of my close friends. The poor kid was inundated with funerals and talk about death. Then coronavirus hit.

It’s been tough to reassure him that everything is okay. Because how can you tell a kid everything will be fine when you’re not confident that it will? How do you tell him not to worry, when you’re worrying constantly? During the recession in 2008, I lost four jobs. And as tens of millions of Americans were put out of work this year, losing my job again felt imminent. I tried my best to shield Don and Katy from my constant worry of becoming unemployed once again.

Katy runs sleep studies at a large hospital, and that worries me, too. We are torn between her safety and our livelihood. She might get the virus at work, or her lab might shut down and we’d be down to one income. So far, neither has happened. Katy worries about her own health risks, and I worry about her. Don does too, crying at night sometimes while she’s gone.

I try to be as honest as I can about what’s happening in our lives, good or bad, without scaring my son. Don is 7 years old, stressed about death, and already uncertain about what the future holds. It reminds me of how I felt after my own father passed away when I was 10. And I never wanted that for my own kid.

But we have victories, too. We go fishing. And we play with our new squirrel dog, and train him together. Don was there the first time Vladimir treed his first foxtail in the backyard. He is obsessed with electronics, social media, and video games—all the regular stuff kids are into these days. We watch Instagram videos that are completely inappropriate for a first-grader. But they make him belly laugh until he cries, and then he tells me to play it one more time. It’s impossible to say no.

We also have a nighttime ritual. I give him a hug, a kiss on the forehead, a high-five, a low-five, and then I have to tell him a story about my dad.

“Tell me a Grandpa Don story,” he will say. “One where you got in trouble.”

When I ran out of those, he asked me to tell him stories about when my younger brother got in trouble. Before I leave the room, he will ask me for one more hug and say, “I love you, Daddy.”

In that moment, any stress I feel from what’s going on in the world is the farthest thing from my mind.