Mallard Limit Cut to 2 in the Atlantic Flyway. Will Duck Hunters Stay Home?

The Eastern mallard population is on a long decline, but will reducing limits also reduce hunting participation? 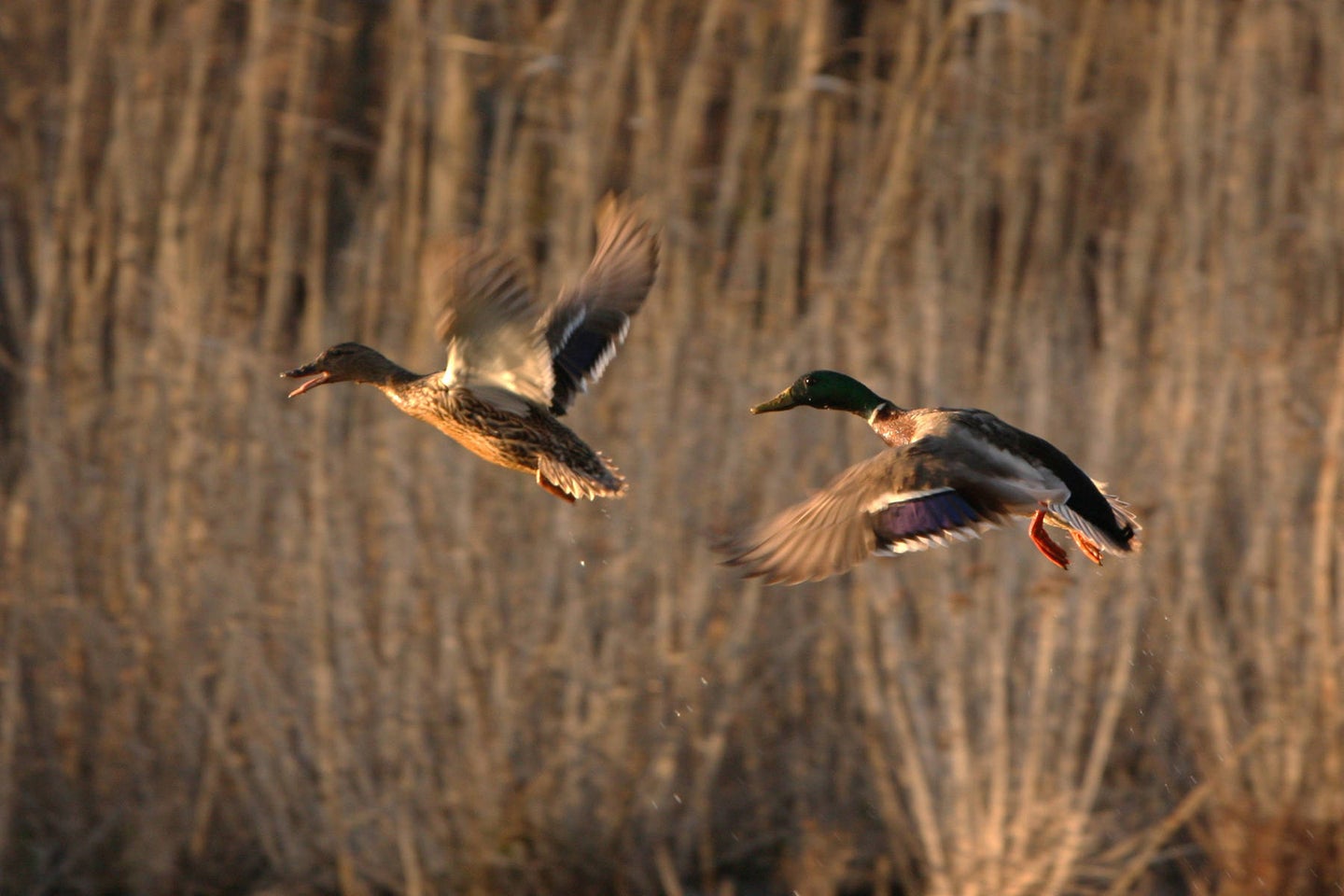 The days of a heavy four-mallard duck strap are over in the Atlantic Flyway. This fall, hunters will be restricted to just two mallards per day, no more than one of which may be a hen.

Proposed last year, the reduced limits go into effect this season. The changes cut last year’s mallard bag limit in half. But why the big drop?

In short, the Eastern mallard breeding population is declining. The USFWS released its annual Waterfowl Population Status Report yesterday, and while it shows duck numbers are fairly stable from 2018 to 2019 and up 19 percent overall, that Eastern population is trending downward. Mallard numbers have dropped 36 percent from 1998 through 2018 in the northeastern United States, according to the New York State Department of Environmental Conservation. Harvest data for the same period is even more dramatic, with a 45 percent reduction in Atlantic Flyway mallards taken by hunters. You can find the full report here and a handy chart from Ducks Unlimited here.

Meanwhile, researchers aren’t really sure what’s causing the decline. As hunters prepare for this limit adjustment, they’re left wondering how this will affect the future of hunting in the Atlantic Flyway.

The Reason Behind the Regs

Were the previous 4-mallard limits too liberal? Were hunters crashing the population? Not necessarily.

“In most cases, species that reproduce quickly—like mallards—are not affected by hunting,” says Dr. Michael Schummer, a waterfowl ecologist at the State University of New York College of Environmental Science and Forestry. “But when carrying capacity declines, a compromise has to be made somewhere. If the past has taught us anything, it’s that the resource always comes first, and the hunter second.”

Although the causes of the decline aren’t fully understood, biologists hypothesize that reduced winter feeding grounds and declining habitat are contributing to the problem. Schummer thinks a shift in migration patterns over the years is partly to blame for declining harvest rates. The eastern Canada breeding population of mallards has remained stable over time, it’s the Eastern U.S. breeding population of mallards that’s cause for concern, according to USFWS surveys.

“The frequency of mild winters is increasing and birds are hanging farther north,” he says. “These birds will generally stay as far north as they can, and that’s based on temperature…and the freeze line. Those two things combined are the real drivers of birds going south.”

Hunters are seeing these declines in the field. Paul Castelli chases ducks near his home in South Jersey, but also travels the Atlantic Flyway, and has seen this decline first hand.

“After 2010, I started seeing fewer and fewer birds in my best mallard hunting spots,” says Castelli, who has been hunting the flyway for 45 years. “Last year was the first year I didn’t shoot a mallard on opening day that I can remember.”

Some players are worried this reduced bag limit will deter waterfowlers, resulting in fewer hunting license and duck stamp sales. In an age where hunter numbers are already low, a significant decline in license revenue would mean an even greater loss in conservation dollars. In all likelihood, reducing the bag limit won’t do any favors for hunter retainment efforts.

“Mallard harvest is an important factor to waterfowl hunters in a number of Atlantic Flyway states,” says Craig LeSchack, acting chief conservation officer of Ducks Unlimited. “And this will dampen the enthusiasm for some hunters who historically target mallards as their primary quarry.”

Duck hunters enjoy the experience—setting decoys, working their dogs, spending time with friends and family—but some hunters will question whether two greenheads is worth all the work that goes into a day on the marsh. Some may choose to stay home, while others may travel to other flyways in search of larger limits. Any time a game law is altered, there’s typically some push back; those who oppose the reduction believe that shooting a third and fourth bird won’t impact the overall population.

“New limits are difficult for hunters to accept, particularly since factors contributing to the mallard decline are currently poorly understood,” LeSchack says. The USFWS and Atlantic Flyway Council considered shortening seasons, but hunters indicated they preferred more days afield rather than a shorter season with larger limits.

“I would prefer that mallards were abundant enough that I could shoot more of them, but it’s more important to me as a sportsman that we do the right thing and take the correct amount of mallards so that they don’t decline further and can even rebound in the future,” Castelli says. “But the limit reduction was one of the factors that contributed to us planning to go to Saskatchewan this season. The place I usually travel to for early-season mallards in New York has been in decline, and the opportunity to go somewhere else came up.”

If more mallards don’t migrate through the Atlantic Flyway in the future, more duck hunters like Castelli might be migrating to new hunting grounds each fall.