Waterfowl census numbers vary, but observers are optimistic about hunting prospects this season 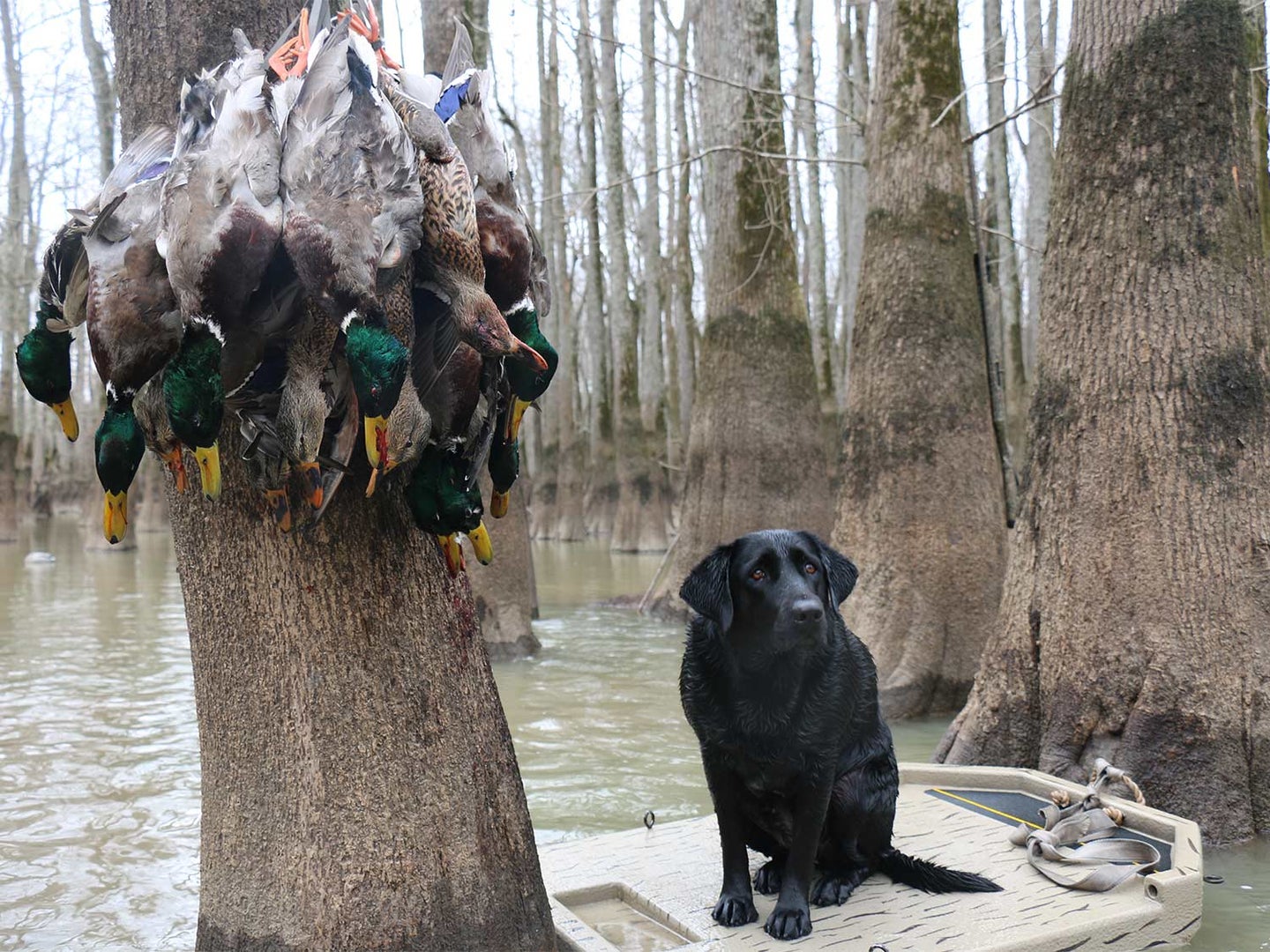 The most highly anticipated waterfowl hunting forecast of the year is in and while spring breeding duck numbers decreased slightly and goose population estimates are mixed, most experts agree that waterfowl hunters can expect a good 2019-’20 season. So what precisely can you anticipate as duck and goose seasons get underway? Here’s our flyway-by-flyway look.

The recently released Waterfowl Population Status Report, 2019, based on surveys conducted by the U.S. Fish and Wildlife Service and Canadian Wildlife Service, estimated the spring 2019 breeding North American duck population at about 38.90 million, down about 6 percent from the 2018 estimate of 41.19 million, but still 10 percent higher than the long-term average (since 1955). The 2019 census marks the fourth consecutive year that the spring duck population has declined and the lowest total breeding duck population estimate since 2008—the last time that estimate was lower than 40 million. Still, most duck species populations are at higher levels than long-term averages.

“There will be plenty of ducks in the fall flight, and I expect duck hunters—especially in the southern U.S.—to have a better season this year,” says Dr. Frank Rohwer, president and chief scientist of Delta Waterfowl.

“The fact that the numbers are down is a reflection of last year’s dry conditions for nesting ducks. We know that production drives duck populations, so it’s no surprise that after a year of poor production, the USFWS counted fewer ducks.”

May pond counts decreased about 5 percent overall and were 5 percent lower than the long-term average, but that varied by region. In the north-central United States (Montana and the Dakotas), pond counts were up about 36 percent. However, prairie and parkland Canada—Alberta, Saskatchewan, and Manitoba—were dry, and ponds decreased by about 22 percent.

“Important breeding areas in southern Alberta and Saskatchewan were much drier than last year, which contributes to reduced numbers of breeding waterfowl observed in the survey,” said Dr. Tom Moorman, chief scientist for Ducks Unlimited. “Fortunately, eastern North Dakota and South Dakota saw an increase in both ponds and breeding waterfowl, especially mallards, blue-winged teal, gadwalls, northern shovelers, and northern pintails. Typically, when the Dakotas are wet and southern Alberta and Saskatchewan are dry, we see the aforementioned species settle in the Dakotas, reminding us that we must conserve habitat across the prairies because it is rare for the entire Prairie Pothole Region to be wet.”

Overall, Canada goose numbers varied somewhat but remained strong overall. Some spring light-goose populations were down, as the 2018 hatch was poor in many areas. Spring 2019 nesting conditions for North American geese were generally fair to good, the USFWS said.

In 2018, declines in northern Atlantic mallard and Canada goose populations prompted the USFWS to reduce opportunities for those species in 2019-’20. The daily mallard bag limit has been reduced from four to two, only one of which can be a hen. In Atlantic Flyway states north of Chesapeake Bay—Maine, Vermont, Connecticut, New York, Pennsylvania, and New Jersey—the Canada goose limit has been cut from three birds to two. In the Chesapeake Bay region (Maryland, Delaware, and Virginia), the limit has decreased from two to one. The season length for all states has been cut to 30 days. Those changes do not apply to North Atlantic or resident-population Canada goose zones.

Spring duck numbers from the USFWS’ Eastern Survey Area were mixed. Mallards dipped about 2 percent to 1.05 million birds and are 16 percent lower than the long-term average. Green-winged teal exhibited the largest decrease, declining about 11 percent, or 19 percent lower than their long-term average. However, goldeneyes, black ducks, and ring-necked ducks increased 5, 5, and 10 percent, respectively.

A July 30 report on the Maryland Department of Natural Resources’ website said a computer model that uses the average May temperature and June snowfall to predict the ratio of young to adult geese banded in August suggests that 2019 was a good production year at the Ungava Bay coast. The USFWS report said spring rainfall was higher than average in most areas of the Atlantic Flyway, but overall habitat conditions and nesting efforts generally looked average or good. Atlantic Flyway resident goose numbers increased by about 1 percent.

Observers are predicting a bumper crop of wood ducks, which are tree-nesting ducks not tallied in federal surveys. Wisconsin’s Spring 2019 waterfowl survey estimated the state’s wood duck population at about 100,027, which was similar to the 2018 estimate but about 24 percent higher than the long-term average.

Spring numbers of Mississippi Flyway giant Canada geese were down about 4 percent from 2018 but still up 1 percent in the 10-year trend. Southern Hudson Bay geese were also down about 4 percent. The USFWS report said habitat and productivity seemed to be average to higher than average in many northern and central states but below average in some southern states. Biologists reported higher-than-average numbers of molt migrant geese in areas of Hudson Bay, indicating the overall nesting effort in the flyway might have been lower than average.

“Many pintails settled in the Dakotas seeking better water conditions, as did all ducks,” Rohwer said. “But the core of the pintail’s traditional breeding range is in southern Alberta, where they’re down 79 percent, and southern Saskatchewan, where they’re down 85 percent. More than a million pintails — almost half the breeding population — settled in the U.S. prairie this year.”

The Pacific population of white-fronted geese decreased about 19 percent from its 2018 estimate but was only down about 1 percent in the 10-year trend. The flyway’s population of light geese increased by about 4 percent, and the Wrangel Island (Russia) population of lesser snow geese jumped about 45 percent.

Breeding waterfowl numbers and habitat conditions provide a glimpse of what waterfowlers might expect, but hunting success depends on many factors.

“So when the prairies were dry last year, it hurt duck production and, in turn, duck hunters,” says Rohwer. “We saw it in Louisiana and elsewhere. But this year, ducks nested and re-nested in the U.S. prairies with a vengeance and should have high brood survival in those landscapes.”

Strong production in the American prairies, he adds, should increase the number of juveniles in the fall flight, and young birds typically decoy more easily than adults.

Read Next: How to Hit More Ducks

Moorman says weather and other factors will also play huge roles in how hunters judge the 2019-’20 season.

“Ultimately … hunting success and numbers of birds observed will vary with the onset of fall and winter cold fronts and arrival of winter conditions necessary to force birds to migrate, and also with regional habitat conditions,” he says.

So, duck and goose hunters will wait optimistically for opening day, knowing that Mother Nature has at least set the stage.