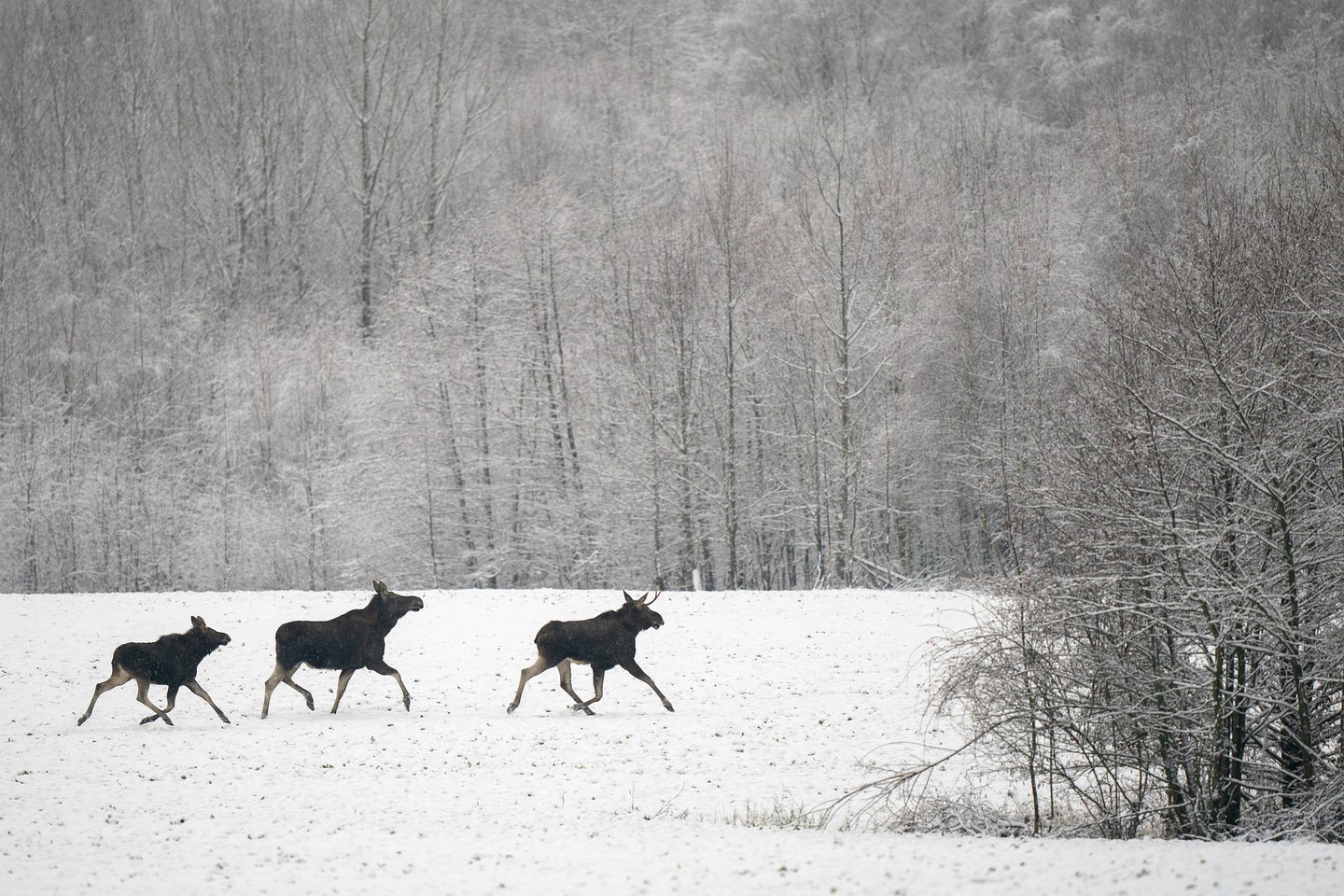 To reduce the number and impact of ticks in northeastern Vermont, the state’s Fish and Wildlife Department is proposing a special, limited moose hunt in Wildlife Management Unit E in the northeast corner of the state.

“Moose density in WMU-E remains well above one moose per square mile, significantly higher than any other part of the state,” said Nick Fortin, Vermont Fish and Wildlife’s biologist in charge of the moose project. “Moose densities greater than one per square mile support high numbers of winter ticks which negatively impact moose health and survival.”

Sixty either-sex and 40 antlerless hunting permits would be issued in the WMU-E zone for the October season. The department estimates a harvest of 51 to 60 moose, about 5 percent of the more than 1,000 estimated to live in the zone. The proposal was made in February to the Vermont Fish and Wildlife Board. The board’s next scheduled meeting is March 17.

Vermont VWD researchers believe reducing the number of moose in WMU-E will decrease the number and winter impact of ticks and help moose survival. That may sound convoluted — kill more moose to help moose survive. But based on research of the Vermont FWD and the University of Vermont, winter survival of adult moose is poor as are birth rates. The research with GPS-collared cows (36) and calves (90) showed that less than half of the calves survived their first winter. These impacts are due to the high tick population seeking warm bodies for winter, with moose being the biggest and most prevalent mamals in the area.

Fortin said the process would take a number of years and require adjustments to permit allocations in the zone based on new information. Without the special permits, he said, the moose survival will become worse.