The state hopes that a reduction in moose numbers will reduce the number of ticks, which would benefit the health of the overall moose population 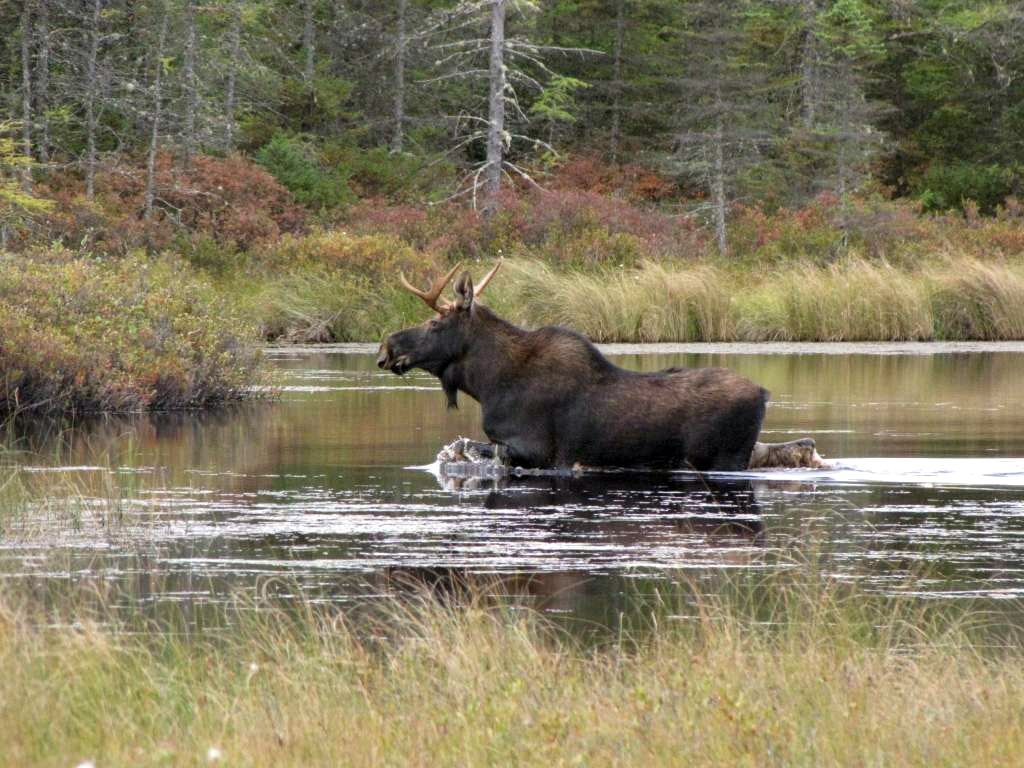 If approved by the state’s Fish and Wildlife Board, the season will occur in October and will take place only in Wildlife Management Units (WMU) E1 and E2, which are located in the northeast portion of the state. Interested hunters will have a chance at 60 either-sex moose hunting permits and 40 antlerless moose permits, according to the agency. The archery season will run through the month of October, while the regular rifle season will open on the third Saturday in October and run for six consecutive days.

“Moose density in WMU E is still more than one moose per square mile, significantly higher than any other part of the state,” Nick Fortin, VFWD’s moose project leader, said in a written statement to the Associated Press. “Moose densities greater than one per square mile support high numbers of winter ticks which negatively impact moose health and survival.”

While ticks blanket much of the U.S., in Vermont, moose seem to be their primary host. A 2017-2019 VFWD/University of Vermont Cooperative Research Unit study found that winter ticks caused 74 percent of the state’s moose mortalities and led to a major reduction in birth rates. Researchers concluded that without ticks, over 90 percent of winter calves would have survived.

Winter ticks are hearty and, once attached, will prey on the large ungulate until it is left in poor physical condition. Other animals that ticks prey on have better grooming methods, which means that ticks don’t make it through their entire lifecycle before dying. But moose, according to VFWD, are “notoriously poor groomers…because they did not evolve with external parasites like ticks,” making them the perfect long-term host for these blood-thirsty parasites. There has even been a documented case of a single moose with as many as 90,000 ticks on its body.

So, in order to decrease the number of winter ticks, the moose population must also decrease. And a regulated hunting season is the best possible way to do accomplish that.

Read Next: Rare and Dangerous Tick-Borne Disease Found at an Alarmingly High Rate in Pennsylvania

Vermont has held a moose hunt for the last few years. The state plans to continue, and could potentially add more permits in the future in order to reduce the population more quickly, according to VFWD.

“We may want to back off if things change, but this is a long-term plan,” said Fortin.

Interested hunters with a valid license can apply for the draw, which will occur during the first week of August. However, there will likely be a lot of competition for these coveted permits. Last year, nearly 6,000 hunters applied for a chance at one of the 100 permits; out of those permits, 62 moose were killed during the October 2021 hunting season, the VT Digger reports.