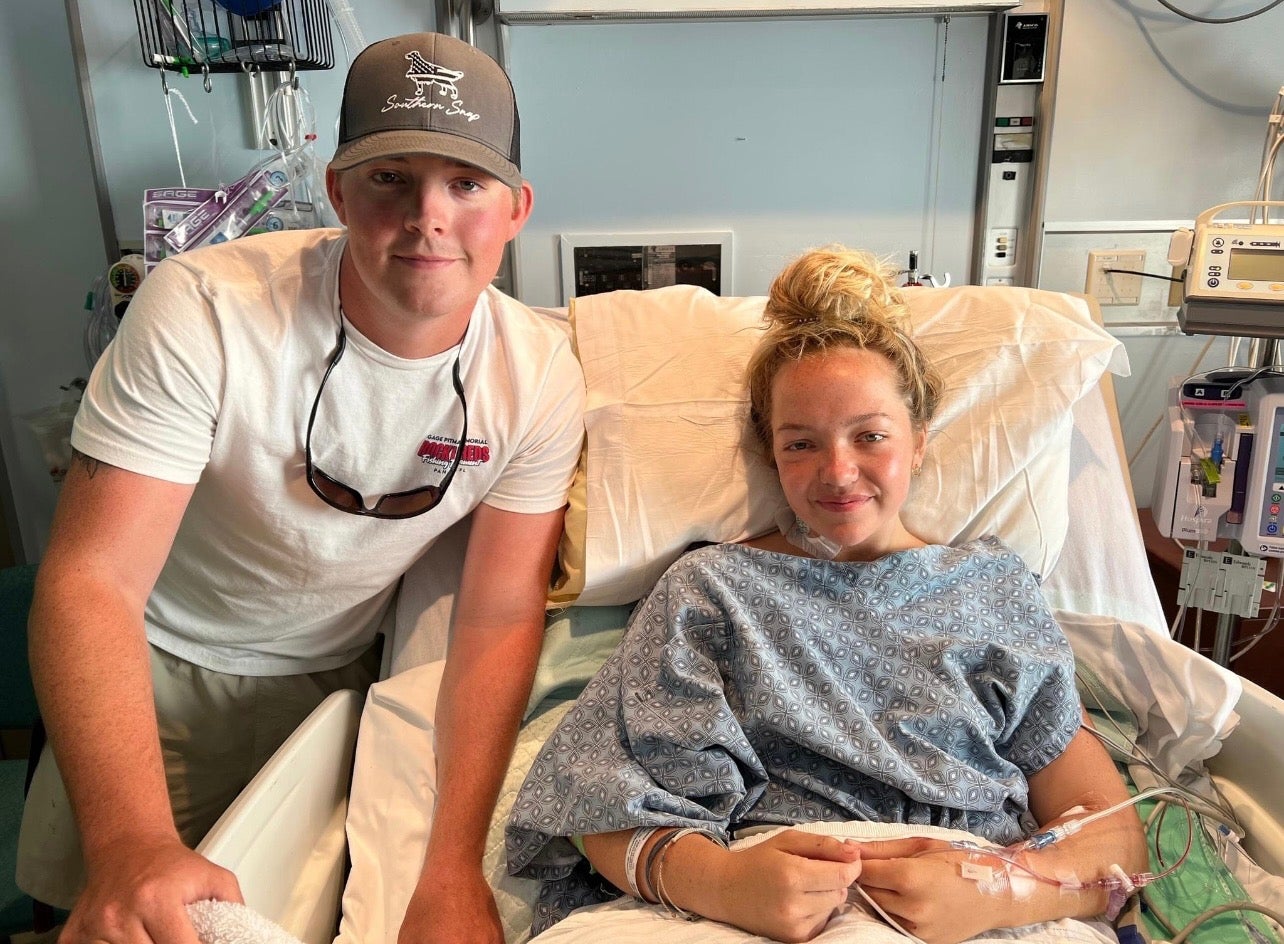 A teenage girl was brutally attacked by a shark while scallop hunting off the Gulf Coast of Florida last Thursday. She lost most of her right leg as a result, but the outcome could have been worse for 17-year-old Addison Bethea had her brother not been there to fight off the shark.

Outdoor Life spoke with Bethea’s older brother Rhett Willingham about the attack, and he shared his account of what happened that day in the shallows near Keaton Beach.

Willingham, who works full-time as a firefighter for Taylor County, says he’s always been close with his sister. Growing up in the panhandle, they’ve spent countless days fishing, hunting, and exploring together. The two siblings also try to make time to go scallop hunting every summer, and Willingham says that ever since the season opened on July 1, Bethea had been bugging him about getting out. So, they picked a day, Willingham recruited two buddies, and they set out in his boat last Thursday from Keaton Beach.

The four had been scalloping for roughly four hours that afternoon, and Willingham says it was one of the better days he’s experienced on that part of the coast. There were a lot of boats around, but there were also plenty of scallops to be found, and the two siblings had their bag about half full when they decided to swim back to his boat, which was anchored in shallow water roughly 75 yards away.

“We had been swimming together all day, and the furthest apart we got was maybe 10 feet,” Willingham says. “So, we’re heading back toward the boat and all the sudden I hear a yelp. I stand up, turn around, and I don’t see her… I figured she was just underwater grabbing a scallop.”

When Willingham looked back a second time, he realized the yelp he heard was the sound of his younger sister being pulled underwater by an 8- to 9-foot shark.

“All the sudden she comes up out of the water and I can see the shark on her,” he explains. “She’s screaming, and there’s blood just everywhere. It almost looked like it was boiling up from underneath her.”

Willingham’s training as a first responder—and his instincts as an older brother—kicked in right away. He swam straight to his sister and grabbed her with his left arm as he started punching, kneeing, and kicking the shark. When it finally did loosen its grip, he held onto Bethea and started swimming backward to his boat.

“That shark just stayed all over us though. It was like he refused to give up,” Willingham says, adding that he’s not entirely sure of the species. Judging from the size of the bite, though, he thinks it was either a giant bull shark or a big tiger shark.

At that point, a stranger in another boat who had seen the commotion rushed over and helped them both onboard. Willingham grabbed the stranger’s phone and called 911. He spoke with the dispatcher and asked for a helicopter to meet them back at the closest landing zone, and then he set about to tending to his sister’s wounds. He grabbed some dock rope and fashioned a tourniquet, standing on her exposed femur bone and pulling up on the rope to get it as tight as he possibly could.

“The first bite I saw was on her calf. And it was bad—don’t get me wrong—but I was like ‘I can handle that,’” he explains. “But when we got her into the boat and I saw her thigh…I mean the only way I can describe it is it looked like an eaten chicken wing. The femur was fully exposed, and other than a few inches of skin on her thigh, everything was gone. Her ligaments and tendons, her SI nerve, and her femoral artery. All gone.”

Back at the dock at Keaton Beach, a sheriff’s deputy was waiting to help Bethea into an ambulance. From there they went straight to the helicopter and were flown to a trauma center in Tallahassee. After stabilizing Bethea, the doctors took her straight into surgery. But even after a second exploratory surgery, which took place days later, they found there just wasn’t enough leg left to save.

Yesterday, doctors performed a third surgery and amputated Bethea’s leg above the knee. She is still recovering in the hospital and will likely be there awhile longer before she’s moved into a rehab facility. But Willingham says she’s progressing in the right direction.

“She’s got full range of motion back,” he says. “She can move it side to side, up and down, round and round in circles. The doctors weren’t expecting that to happen so soon, but there’s really no telling when she can go home.”

Bethea will be able to go home eventually, though, and she has her brother to thank for that.