Want to Catch a Giant Tuna This Summer? Book a Headboat Trip

Throughout the Northeast, headboat fleets dedicate weeks of summer to bringing boatless fishermen to the tuna grounds 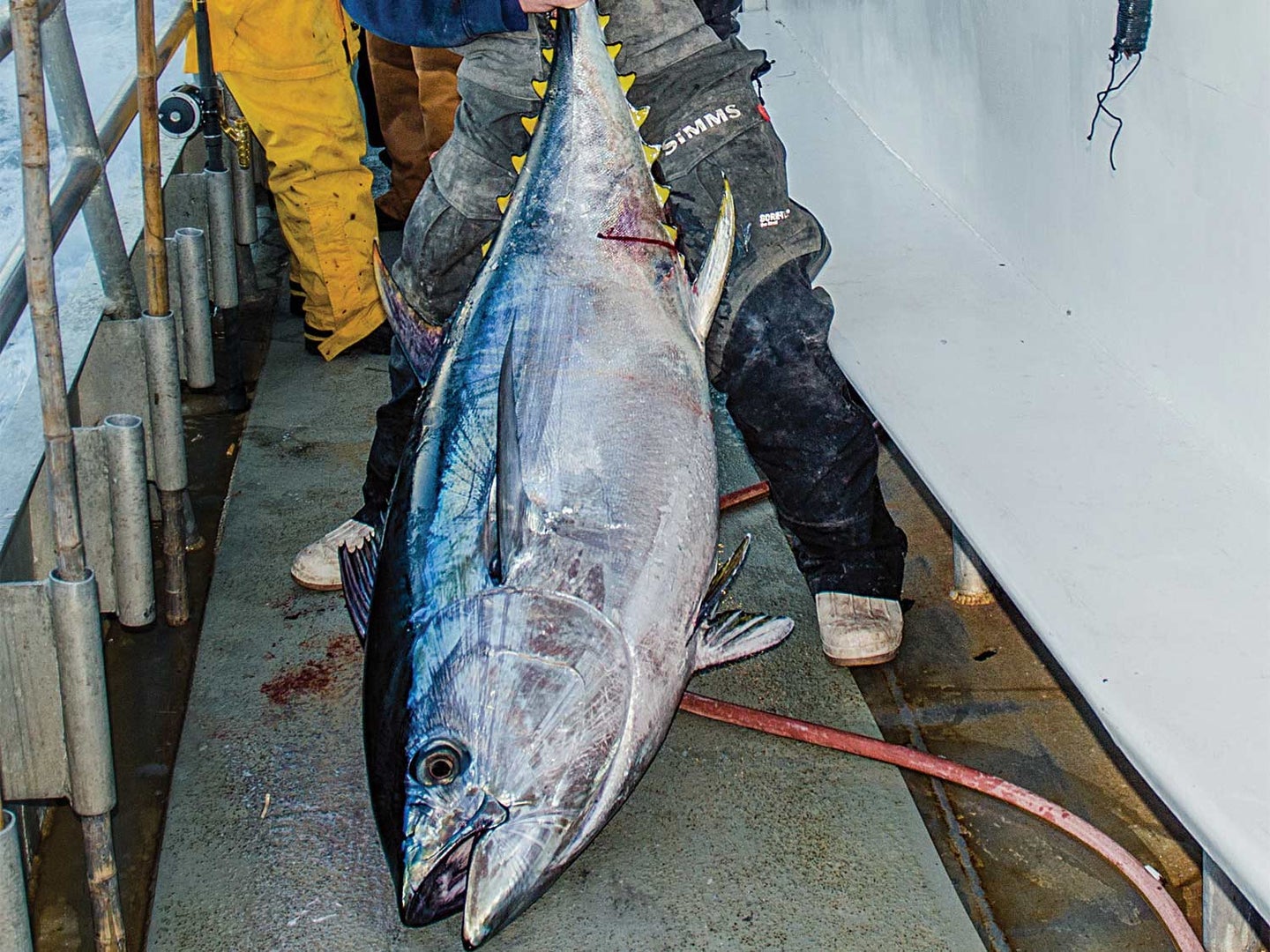 Here’s the scenario: You’re going coastal with the family and want to tangle with a tuna. Thing is, you don’t have a boat that can make the long run. Nor do any of your friends, and a private charter is out of your price range. Fear not. Throughout the Northeast and into the Mid-Atlantic, many headboat fleets dedicate several weeks of the summer season to bringing boatless fishermen to the tuna grounds overnight at affordable prices. If you want tuna glory at the rail of one of these big vessels, here are some pointers.

Go for the Long Haul

Headboat tuna trips range from 18 to 48 hours in length. The standard 22-hour overnight trip, which departs in the evening and returns the following day, runs about $350—a couple hundred bucks less than a share of a private overnight charter. The price increases incrementally with the length of the trip, but if you can swing the fare (and the extra time out of cellphone range), jump on an extended trip. Longer trips have more time at the rail, and the captains usually add some variety to the fishing. This could include stopping at wrecks for cod and pollock, drifting for tilefish, or buoy-hopping for mahimahi.

Long trip or short, the main event remains the same. The captain seeks out favorable water temperatures and drifts (or sometimes anchors) at the edge of the canyons while the crew ladles out a pungent soup of sardines and butterfish. With any luck, a school of tuna will find the free food and hang with the boat until everyone on board has sore arms.

Sleep in on the Way Out

The run to tuna grounds can take anywhere from six to nine hours, depending on your port of departure. That’s plenty of time to catch enough Zs so you can spend your whole night catching tuna. On most trips, the best bite takes place from an hour before dawn to midmorning, but often there will be flurries of ­action throughout the night. To maximize your chances of coming home with tuna steaks, don’t miss a minute at the rail. Sleep as much as you can on the ride out, and have a Thermos of high-test coffee nearby for when your eyelids get heavy while you’re working the graveyard shift on deck.

Bring Your Own Arsenal

Most boats will rent tuna setups, and while these are adequate, using your own gear is best. A powerful, compact conventional reel with a strong drag will cover the bases. Spool it with a few hundred yards of 65- or 80-pound-test braided line and top it off with a 100-yard top shot of 65- or 80-pound-test monofilament. The heavier mono will help prevent the line from parting should a hooked tuna run under the boat, and it will be easier for the mates to untangle during the inevitable crossed lines.

Stout rods in the 30- to 80-pound class will have plenty of backbone for taming tuna from a headboat. Regulars at the rail prefer rods of 7 or 7 1⁄2 feet because the extra length helps keep the line away from the hull when the tuna is making its death circles.

When you’re rigging up, forget the crimps, glow sticks, and other bells and whistles. All you need is an egg sinker, a bead to protect the knot, a heavy-duty barrel swivel, and a heavy-gauge circle hook that’s small enough to hide in a bait chunk. Use 4 to 6 feet of fluorocarbon leader between your hook and swivel. Tuna can be line-shy, especially during the day, so bring leader from 80- down to 40-pound-test. Start heavy, and scale down your leader if the captain is reading fish but they aren’t biting.

Read Next: How to Fight Big Tuna

Get in a Sword Fight

During the middle of the night, when the tuna bite slows and many fishermen head for their bunks, swordfish sometimes come cruising by the party-boat lights. Setting a heavy outfit with a big rigged squid (available at most coastal tackle shops) will give you a shot at a bonus broadbill. While it’s a low-­percentage proposition, swordfish are caught on many canyon headboat trips, and when the tuna bite is off, what have you got to lose besides sleep?