A countdown of the best ducks and why we love 'em 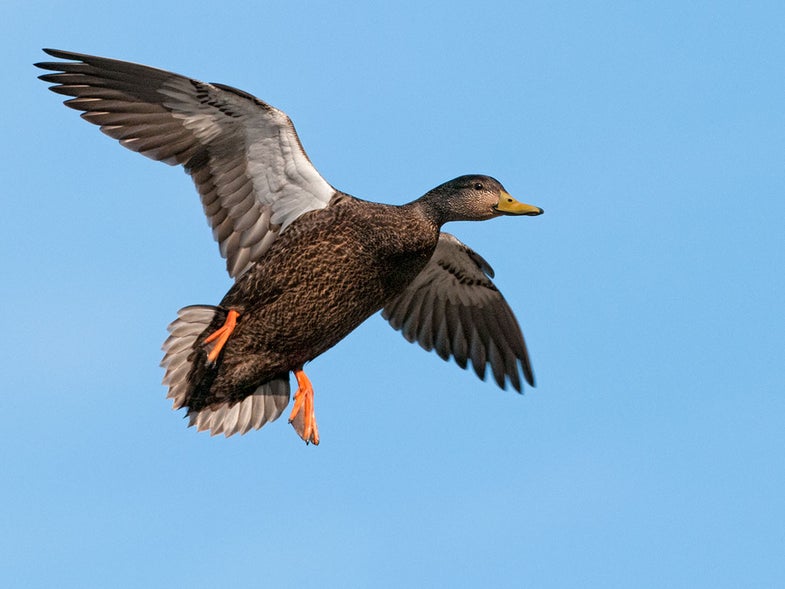 Facing a decline in population, black ducks can be found from Maine through North Carolina. Bill Buckley
SHARE

Waterfowlers are an opinionated lot. We tend to be fierce advocates for any duck call or decoy in our possession, hence the most vocal critics of yours. Hunt anywhere in the country, however, and you won’t find stronger opinions than what duck species rate high marks and which get relegated to “trash-duck” status.

I’ve hunted all over, and while that doesn’t make me an expert on the subject of top-ten duck species, it certainly gives my opinion as much weight as yours. Some on the list are personal favorites, some are yours, and you’ll find at least one you’ll insist shouldn’t be here at all.

You either love greenheads because they’re your standard fare or because they’re a “big” duck you normally don’t get without strong cold fronts. Either way, they’re loud, aggressive and talkative—hence eminently callable—as well as beautiful and wonderful table fare. No duck reacts as well to calling as the mallard, and no other duck’s calls will attract so many other species. In flooded timber and hard-hunted public lands, you can usually blow to your heart’s content without fear of overcalling, and who doesn’t like to hear himself call? I’ve never met a hunter who complained about a duck strap full of greenheads.

Sleek, elegant, stunning without the help of flamboyant plumage, the pintail drake, or “bull sprig,” is the Ferrari of the duck world. What makes a mature drake so prized, aside from the two long sprigs extending from its tail feathers, is how hard they are to decoy. Best worked with the trill of a pintail whistle versus a mallard call, these wary birds will circle countless times before committing. The only place I’ve ever experienced flock after flock drifting confidently into decoys is coastal south Texas, where these birds winter by the hundreds of thousands. It’s truly a sight to behold.

Like the pintail, canvasbacks are highly sought not just because, for most of us, they represent a fleeting opportunity at a big, handsome duck that’s here today, gone tomorrow. It was their “King Duck” status during waterfowling’s heyday that makes them most intriguing. During Chesapeake Bay’s market-gunning days, their flavorful meat brought the highest prices in posh, East Coast hotels and restaurants. Nowadays, with wild celery beds severely diminished, this diver can be a crap shoot dining-wise. Inland they tend to be excellent; in saltwater not so much. Still, for most waterfowlers they remain a prized trophy with their distinctive russet-colored head and black sloping bill, black breast and bright-white belly.

Another species steeped in waterfowling history, the black duck is a close cousin of the mallard and similar in size, although distinctly scarcer. Hunters along the Mississippi Flyway are always on the lookout for blacks traveling with flocks of greenheads; East Coast waterfowlers, from Maine through North Carolina, see them regularly, sometimes in sizable flocks. Their one-bird-limit status speaks to their decline in population dating back to the ‘50s, a result of habitat loss and interbreeding with mallards. Like their Gulf-Coast cousin, the mottled duck, these shy ducks are challenging to call and decoy.

“Buzzed” is a term with a distinctly meaning for waterfowlers. Ever since I lived in Texas in the early ‘80s, when out of the graying light little rockets would suddenly appear over the decoys and in a split-second vanish, I’ve been on vigil, gun ready at the very start of legal time for a chance at these speedsters. Beautiful, aerodynamically agile, fast and tasty, there is nothing bad that can be said of teal, except perhaps the amount of shells it takes most hunters to scratch out a limit. Like many of the finer-eating ducks, teal require plucking, not breasting, to do them justice.

If you hear what sounds like paper ripping and you’re in a duck blind, grab your shotgun—quickly—because a flight of bluebills is about to appear. These hardy ducks have saved many a slow duck hunt down south, usually showing up mid-morning when you’re either picking up decoys or seriously thinking about it. But in the upper Midwest where I’ve also hunted them, large flocks enter your world in loud, dramatic fashion, supersonic flyers that strafe your decoys with abandon and require leads you previously thought unimaginable. While my Minnesota friends affectionately call them “butterballs” and cherish their meat, bluebills shot elsewhere can be less than appetizing.

Arguably the most beautiful North American duck, the shy and colorful woodie is more than just a pretty face. At home in wooded swamps, marshes and beaver ponds, it streaks through canopies and tree boles with amazing agility and speed, making it as sporting a target as you’ll find. Predominantly a pre-sunrise and evening flyer, low light amplifies an already challenging shot, despite being forewarned by the hens’ high-pitched whining calls. I’ve read their diet of acorns can make their meat an acquired taste, but I’ve never eaten one that wasn’t delicious.

You could say the gadwall is the wood duck’s polar opposite: plain grey and with flesh that has inspired the moniker “gagwall.” Truth be told, that description is both fair and not. To me a drake gadwall’s herringbone breast plumage is spectacularly handsome, and the raised comb on his head wonderfully unique. And while I’ve gagged on a few Montana birds that not even my Lab would touch, I’ve eaten many more down South that were indistinguishable from mallards. I’ve shot gadwalls from east Texas to Canada, but I associate them most with the cypress, black gum and tupelo breaks of the South. There they are wonderfully reliable decoyers, their odd, staccato grunting noises echoing through the trees.

The common eider of the New England coast should be on every waterfowlers’ bucket list. It’s the largest duck in the northern hemisphere, weighing up to five-plus pounds. Holding your first adult is a revelation for that reason alone. But what really sets it apart, aside from the rough and rocky seascape it calls home, is its striking looks. Predominantly bright white with a jet-black belly, wingtips and crest, the drake’s graphic design is complemented by a long, sloping yellow bill, a lime-green patch on the back of his head and a lower breast tinged with peach. Even the hens are stunning with their chestnut plumage and black barring, making the eider a bird-collector’s dream come true.

I know. Really? Here’s the deal: you may denigrate this colorful duck as a “trash bird,” but I know better. I’ve seen you shoot hundreds of them, especially in late season when stale mallards and wigeon skirted your spread like the plague. Bitch about them all you want, but your pulling the trigger confirms that you obviously believe a spoonie in hand is better than nothing at all. In late January down South, they’re a prime species for mounting, and they’re ubiquitous. They’re also good-eating birds when they frequent rice fields. And since you pool all your duck breasts anyway, I bet you couldn’t tell a shoveler breast from a pintail’s if your life depended on it. 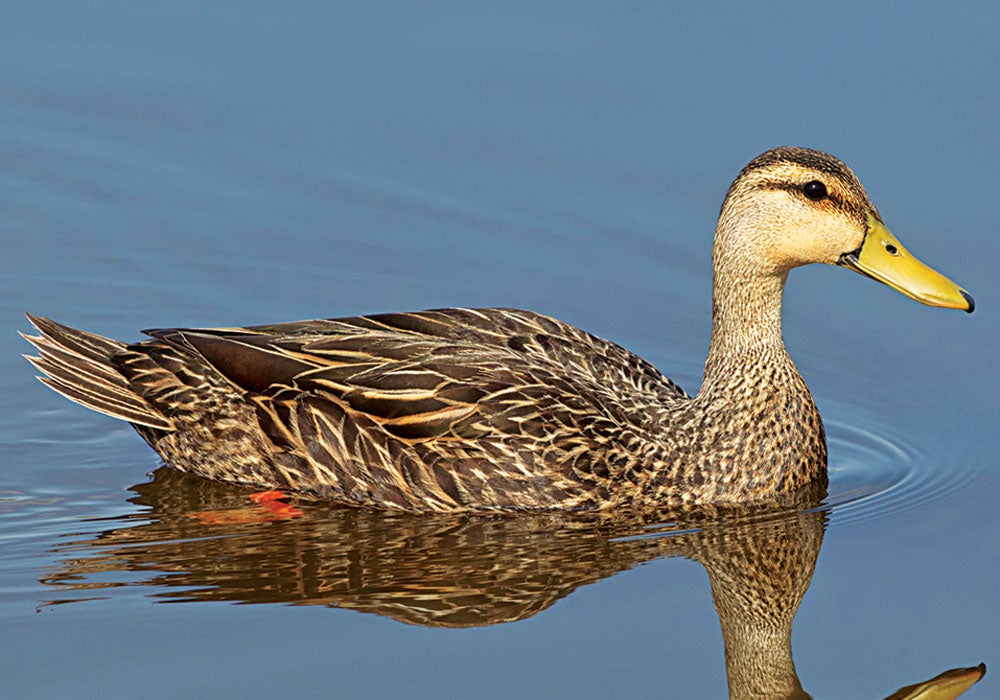 Waterfowl: 8 Birds to Bag Before You Die
Waterfowl Hunting