Your Countdown Calendar for the Opening Day of Duck Season

Your opening-day countdown for beating the crowds and limiting out 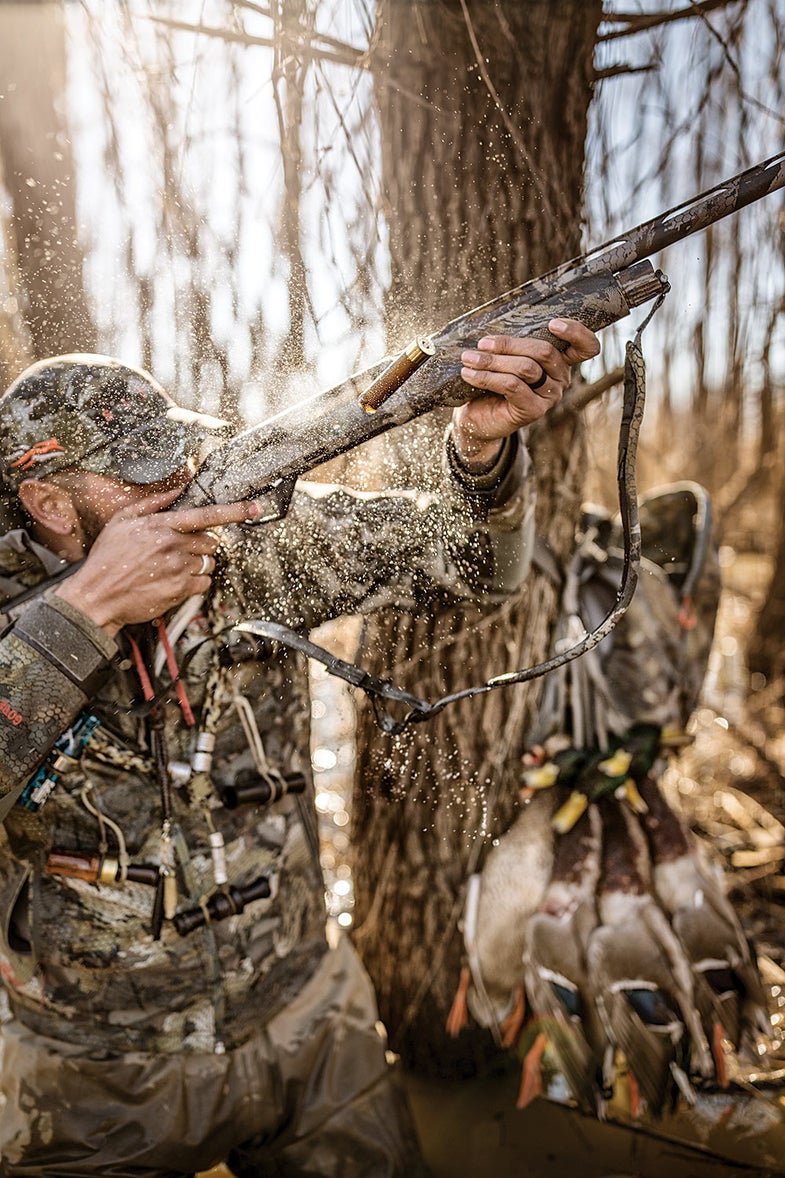 An Arkansas hnter takes a shot on a flock of mallards dropping in to a secluded flooded timber hole. Aaron Hitchins/Cornerstone Gundog Academy
SHARE

National surveys say that waterfowl hunter numbers are declining, but it sure won’t seem that way on opening morning in most public duck marshes around the country. You can expect a busy boat ramp, competition for the best spots, lots of bad calling, and, yeah, some sky-busting.

Opening day antics (unfortunately, even the sky-busting) are part of America’s waterfowling DNA, and a marsh loaded with duck hunters is a great celebration of the sport. But the extra hunting pressure can make for challenging conditions that require a different set of tactics if you want to actually shoot ducks.

So, here’s a game plan for the weeks leading up to the opener, and those first few hours that kick off the start of our favorite season.

Barring a freak weather event, most of the birds you see a few weeks before the season starts will still be around for the opening bell. Depending on your latitude, some teal will have migrated south, but the other local puddle ducks and geese won’t be migrating and should be easy to pattern—at least until the shooting begins.

When it comes to summer scouting, you’ve got an important decision to make: You can either target the big, popular marshes that hold the most birds (and will host the most hunters) or you can home in on out-of-the-way spots that other hunters will overlook or are unwilling to access.

If you are a big-marsh kind of guy, always have a couple of backup spots just in case someone beats you there. Even if you are the first one in, it’s good to have a couple of locations on deck that are good for different wind directions. Also, try to anticipate how the birds will react once the pressure kicks in. You don’t want the ducks to have to fly over a gauntlet of other gunners to find your decoy spread.

If hunting a secluded location is more your style, start your scouting with Google Earth. Find areas off the big marshes that are inaccessible by boat and require a long slog in. Walk to those little areas and see if they hold birds. Also, look for small lakes, rivers, or marshes that aren’t considered waterfowling spots. If you see a few birds working them, you’re halfway there. If you can Google the location name and the term “duck hunting” without getting any forum or chat room entries, then you might be on to a new hotspot.

ONE DAY BEFORE OPENER:

Besides double-checking all your gear, do a quick check of your hunting spot a day or two before the season starts. No, you don’t want to tromp in there early in the morning or late in the evening when ducks are roosted. But you do want to make sure that what looked so promising weeks ago looks just as good today. Water levels can drop, fields can flood, gates can get locked, and other hunters can build blinds. A quick afternoon drive or boat ride can save you from a whole lot of early-morning panic.

Get to your honey hole super early (some hunters even opt to camp in the marsh) and be ready to defend your ground if other hunters try to set up too close. Last year a buddy and I got to our well-known public-land spot at 2:30 a.m. and later in the morning had to wave off two different groups of hunters who wanted to set up in the same tiny slough. A lantern or a spotlight lets other hunters know where you are from a long way off. If you have a small number of hunters and so does the other group, offer to have them hunt with you. It’s better to have them in your blind than set up 100 yards away shooting at ducks trying to land in your spread. And you might make a couple of new hunting buddies in the process.

ONE HOUR BEFORE OPENER:

Set the spread and the hide

Set your spread and put the finishing touches on your hide. Early-season puddler spreads don’t need to be too fancy. A dozen floaters, a spinning wing or two (where legal), and a few goose decoys off to the side make a killer opening-day set. If the forecast is calling for minimal wind, a jerk cord can save the day. If you have them handy, mix wood duck and teal decoys in with your mallard blocks.

The hide is usually more important than the spread. Make sure that dogs and hunters are at least partly concealed from above, not just from in front and behind. Also, consider that many opening-day cattail marshes will still be bright green, and most waterfowl camo is brown or yellow.

You’ve done everything you can—now it’s time to kick back and enjoy the chaos. Work birds into the decoys with light calling (don’t be that guy blasting hail calls across the marsh). If you don’t have ducks right at first light, don’t panic and don’t move. Hunting pressure will push the birds around. Hunt all day if you can. When other hunters head in for lunch, they’ll kick up loafing birds. And when everyone else comes back out for the evening shoot, they’ll do the same thing. Shoot straight and smile. It’s finally duck season.