The Art of the Stalk: 10 Tips for Getting Closer to Game

The proliferation of rifles and scopes that make a 1,000-yard shot a genuine possibility in a hunting scenario suggests to... 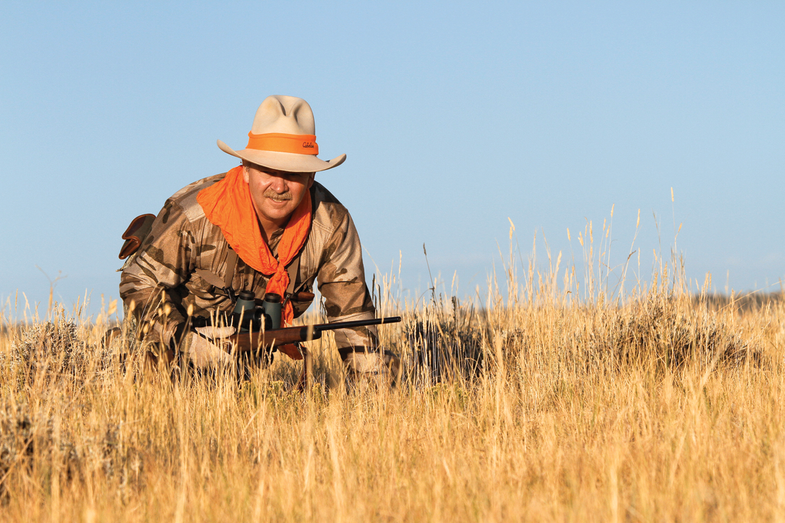 The proliferation of rifles and scopes that make a 1,000-yard shot a genuine possibility in a hunting scenario suggests to me that many hunters have given up on the very thing that separates hunting from target shooting: the stalk.

The range at which you stop stalking and start shooting is determined by your confidence and your desire for a rush of adrenaline. Getting close to game produces a buzz akin to that of skydiving or your first kiss. Stalking close can be the biggest thrill of the hunt, so why deny yourself? Here are the keys to getting closer to game:

1) Work the wind
Scent will always give you away, but that doesn’t mean you must work straight into the wind. Crosswinds are fine, and quartering winds are okay if they’resteady enough. Pay attention to landforms that block and funnel currents. Cold breezes hug the ground and drift down draws and around ridges. Hot air rises. Hills and cliffs block wind and redirect it. Pay attention to moving grasses, leaves, plant down, and spiderwebs riding the currents. Don’t start a stalk if the wind isn’t in your favor.

2) Note what your quarry is doing
Sleeping? Time is on your side. Feeding? It’s at least momentarily distracted. Walking? It could soon be out of range, so move quickly.

3) Plan your approach
Study the lay of the land. You might find that if you backtrack a mile to get behind a ridge, it might then cover you to within spitting distance. Or you might be able to to crawl behind a series of rocks and shrubs, one leading safely to the next.

4) Dress the part
Camouflage isn’t an invisibility cloak, but blending in with the habitat beats standing out like a Vegas billboard. Camo works for bobcats and rattlesnakes, and it can work for you, too.

5) Don’t try too hard to disappear
Take advantage of every dip in the landscape, but recognize that showing a piece of yourself won’t ruin the hunt. The world is full of life, and animals are used to seeing glimpses of coyotes, cattle, birds, ranchers, and other deer. You can usually expose yourself to varying degrees without blowing a stalk, as long as you take additional measures, like…

6) Go slowly
Watch your quarry’s (and any of its companions’) head and eyes. Pause when it looks up.

7) Go quickly
This doesn’t contradict the previous tip if you move quickly when it’s safe to do so. The longer your stalk, the better the odds that your quarry will head for bed, chase a doe, run from a coyote, or otherwise disappear. When you’re out of the animal’s sight and hearing, jog, run, or crawl rapidly. The quicker you cover the easy ground, the more time you’ll have to go slowly when you must.

8) Feign disinterest
Prey animals read predatory body language, so relax if you’re spotted. Act like a sheep, going so far as to rip off vegetation and fake an exaggerated chewing action. Curl up and pretend to nap. Let things calm down.

9) Use sound to mask your approach
If crunchy ground cover threatens to expose you, act like a woodland creature. Squirrels and turkeys scratch and scrape, so you should too, as well as chatter and yelp. Moo like a cow. Pace your steps to imitate animals, too: Three steps and pause, two steps and a long pause.

10) Use that binocular
Game has a way of disappearing as you reach new ground. It might be hidden behind a rise or a bush. It may have moved or lain down. Glass carefully from each new rise. Watch for additional animals, too. Many a buck has been saved by a doe spooked by a stalker.