By now, the ducks and geese in your neighborhood have Ph.D.’s in survival. They’ve figured out bogus decoy spreads and... 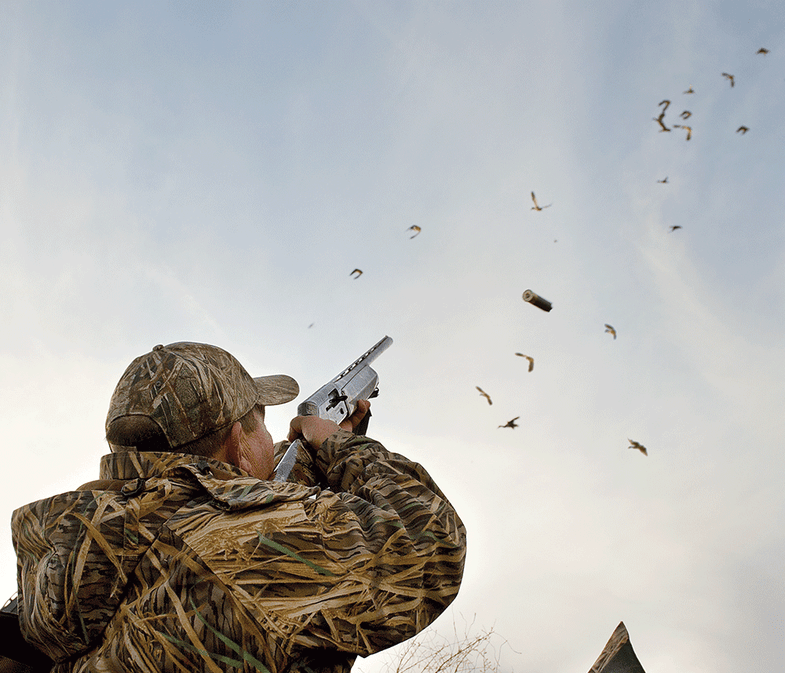 By now, the ducks and geese in your neighborhood have Ph.D.’s in survival. They’ve figured out bogus decoy spreads and sour calls, suspicious landing zones, and the dangers that accompany Shadow Grass camouflage.

But these educated birds have a chink in their experiential armor: They must fly daily from water to food and back again. And anytime they take wing, they are vulnerable to hunters gunning for them from below.

These are the pass-shooters, those sky-busting knuckle-draggers that decoyers everywhere love to curse the way dry-fly anglers curse bait fishermen. That antipathy is sharpened every time a duck or goose is wounded and not recovered by a gunner who shoots at a bird low enough to pepper it with pellets but too high to bring it down.

But here’s the thing: Pass-shooters who post up at the right spot at the right time, and exercise both their legs and their restraint, can have far better success (with far less equipment and work) than their decoy-planting brethren. Follow these pointers to be a late-season limiter.

1) Hunt the Edges
In order to consistently pass-shoot birds, you have to learn their daily flight patterns and then find precisely the route they use to fly from roosting areas to feed and back again. But that’s just a start. The best pass-shooters know where to intercept these birds when they’re no higher than the treetops. Consider the property boundaries of no-hunting zones like wildlife refuges and city parks, and the edges of grain fields.

2) Expect to Move
The specific line the birds take changes daily, depending on wind direction or the whimsy of the flock. Be prepared to move up to 100 yards in order to be right under their flight line.

3) Consider Recovery Zones
A bird that you kill stone-dead 50 feet above you will sail at least that far on its descent, so make sure you set up where you can recover your birds. Bring a dog to run down cripples.

4) Find Cover
Just as decoyers use blinds and camouflage, so must sky-busters stay under cover, or risk flaring birds. Tree trunks, fence lines, or even obscuring reeds and grass will keep you hidden.

5) Shoot for the Beak
In order to place most of your pattern in a high-flying bird’s vitals, you must be slightly in front of it. Shoot birds as they’re flying toward you, not when they’re directly overhead or going away.

6) Know Your Limits
This last consideration is the most important. In order to determine the extent of your range, pattern your gun at distance, and fiddle with choke and load combinations until you find one that consistently delivers lethal payloads. The research of Tom Roster, godfather of wingshooting lethality, proves that in order to consistently place at least a couple of pellets in the vital area of a large goose at 60 yards, you must be capable of placing 50 to 55 pellets in a 30-inch circle at that distance. Roster’s formula for pass-shooting geese: 1 ¼-ounces of BBB or T shot in an Improved Modified or Full choke.