How to Bait Coyotes 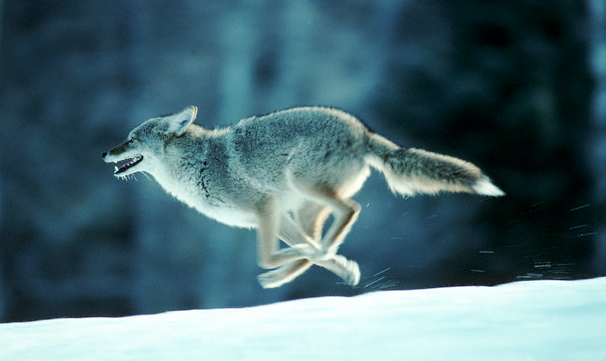 If you think about it, predator hunting is a strange thing to want to do. The hours are terrible. The hunting is tough. Not tough like Chuck Norris or a $3 steak, but tough like trying to understand quantum mechanics or locate the Holy Grail.

After hours of fruitless wailing on a wounded rabbit call, years of bumbling around the winter woods after midnight and coming up empty, it’s only natural to believe there’s some magic formula–some missing bit of super-secret insight–that can transform an average hunter into a predator-calling master. But as the following experts will tell you, consistent success in hunting any predator species comes less from what kind of call or cover scent you use than from a few simple rules and a handful of basic setups that will skew the odds in your favor.

There is no guarantee of success when hunting coyotes – even when you know how to bait coyotes better than anyone else. Most coyote hunting is done after deer season, when every creature in the woods is on edge. Coyotes already live life on a hair trigger. After a typical firearms season, they hit DEFCON One and can become so skittish in some parts of America–especially the East–that you need more luck than skill to dupe one with a predator call. Brian Downs of Cape Cod, Massachusetts, says that now is the time to break out the “baitcicle.”

An Offer They Can’t Refuse
Be sure to check the regulations in your state, but for the most part, anywhere biologists value the deer herd, baiting for coyotes is perfectly legal.

“It’s like that movie: If you build it, they will come,” says Downs, who’s been successfully baiting coyotes for more than a decade. He’s written about it, offers seminars on how to do it and often talks about baiting coyotes on his online talkcast (predatortalkcast.com).

Most hunters who hunt coyotes over bait do so under a full moon. They wait for a good blanket of snow and suffer through bitter midnight temperatures. By pressure baiting, however, Downs shoots 90 percent of his coyotes in the two hours before dark, just before the temperature plummets.

“For bait, I pack venison scraps into five-gallon buckets, top them off with water and freeze them,” Downs says. Deer processors around his Massachusetts home provide Downs with hundreds of pounds of free meat scraps and bones otherwise bound for the landfill.

According to Downs, who maintains up to 16 bait sites from December through March, successful baiting for coyotes is much like baiting for bears.

It takes a lot of bait and daily visits to a site to not only build the coyotes’ confidence, but also spark a sort of Pavlovian response in them to your comings and goings.

“I don’t care about my scent when I’m putting out bait. I wear the same boots and gloves and run my baits at the same time every day,” explains Downs.

“I want them to associate the smell of my boots with dinner. But each time I visit a site, I put out a little less and a little less, until I’m putting out a softball-size piece of bait. That’s pressure baiting. In the dead of winter, when food is scarce, it makes the coyotes who want to eat come earlier and earlier to the bait site.”

The Setups
In a basic setup, you place the bait as close to the coyotes’ bedding area as possible–in the open, but just five steps from cover (A). Downs likes to position himself in an elevated tree stand or a ground blind no less than 75 yards downwind from the bait (B). This keeps him a safe distance away should a cautious coyote choose to circle downwind before committing to the bait.

“They can’t resist bait,” says Downs. “Once they’re conditioned to taking bait, I’ve even found that sometimes they’ll totally give up the wind to come in to it (C). But I’ve found they actually prefer sticking to cover rather than using the wind (D).”

Downs uses this chink in the coyotes’ sensory armor when playing the wind is impossible. Again, by pressure baiting you make all the coyotes in the area feel a need to beat the competition to the bait site first thing in the evening. In places where the cover is great but the prevailing wind is not, place the bait close to the coyotes’ bedding area, but on a brushy point or corridor that offers a direct route to the bait and dense cover for their approach (E).