Earl Sulfridge has always dreamed about hunting some of the fabled big buck states like Kansas, Iowa and Illinois. However,... 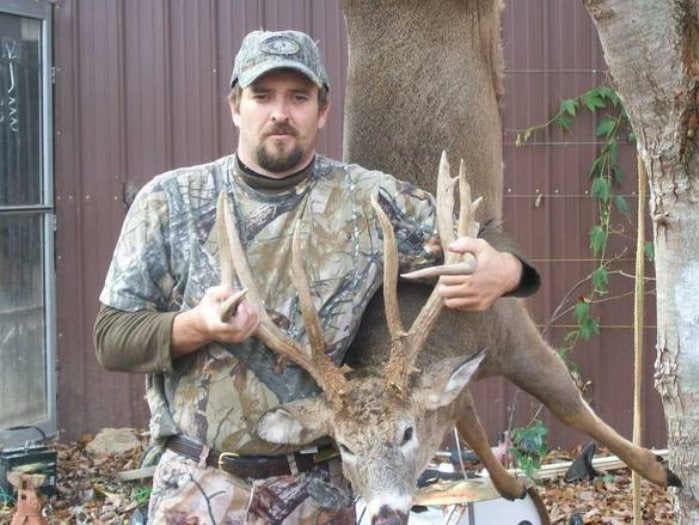 Earl Sulfridge has always dreamed about hunting some of the fabled big buck states like Kansas, Iowa and Illinois. However, when you work for a living, it can be tough to find the time or the money to make an out-of-state hunt a reality, especially with the current economy. Last November, Sulfridge decided to roll up his sleeves and comb the thousands of acres that are available in his home state for public-land hunting.

Unfortunately, the vast Daniel Boone National Forest that is tucked away in the mountains of southeastern Kentucky does not encompass miles of rich farmland and open crop fields. A hunter will find steep wooded terrain, high jagged cliffs, laurel thickets and clear-cuts. These wooded sanctuaries and thick entanglements can be extremely tough to hunt, but this type of cover allows a buck to reach maturity and develop some impressive headgear.

About the second week of November marks the opening of the Kentucky gun season and the beginning of the much anticipated rutting period. Sulfridge had been seeing some monster buck sign consisting of giant rubs and fresh scrapes throughout the month of October. He knew a big buck was definitely using the area and there was no doubt where this hunter would be on opening morning. Consequently, many of his family members also decided to spread out and hunt the large area. As the week progressed, two of his relatives actually had close encounters with the buck, but both were unable to connect with this heavy racked public-land ghost. After the buck with super long brow tines had been unsuccessfully shot at two different times, Sulfridge thought about completely changing locations and going after a different deer.

However, his gut told him to give the area and the buck at least one more chance before the season ran out. The next morning Sulfridge switched gears and entered the woods from the backside of a rocky cliff-line. As it slowly broke daylight, the buck that had been haunting his dreams busted out of some thick cover in hot pursuit of an estrous doe. Quickly, Sulfridge shouldered his rifle and tried to steady the shaky crosshairs of the scope. Without hesitation, he squeezed the trigger and ended the most memorable deer season of his life. The buck had over 20 points (with stickers and kickers) and sported a set of phenomenal brow tines that measured around 12-inches each. This brow-tine bruiser ended up scoring well over 170 and was taken by a workingman from a heavily pressured tract of public land. The buck’s rack is definitely impressive, but those brow tines absolutely blow my mind.