A true story of three men lost at sea in the Gulf of Mexico. Find out how they survived black-tip sharks and how to find water to drink. 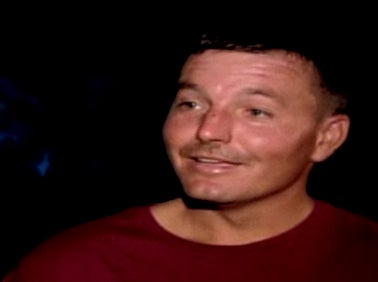 Here’s your challenge: Spend 8 days and nights on the pontoon of a capsized catamaran with two of your buddies in the middle the sea 180 miles from land.

You have nothing to eat except for two bags of chips and a package of crackers, both of which taste like gasoline. Luckily, you have some fresh, potable water, but the supply is extremely limited and the few sips you take from time to time do little to slake your maddening thirst. Your skin fries under the intense rays of an unrelenting sun and there isn’t a sliver of shade to provide even a moment of relief. Add to all that debilitating hallucinations of rescuers who aren’t really there. Oh, and the blacktip sharks circling beneath your capsized boat? Those are very real.

The scenario above isn’t the premise of a new reality television show. According to an AP report, this is what happened to Tressel Hawkins, Curtis Hall and James Phillips, three buddies from Texas who set out for an overnight fishing trip in the Gulf of Mexico on August 21 and weren’t seen or heard from again until a private sportfishing boat miraculously happened past them on August 29, one day after the Coast Guard called off its search for the men.

After reaching an oil rig 100 miles from Matagorda, from where they set out, on August 21, the three men readied the boat for a day of fishing for marlin and sailfish the following day and went to sleep. At about 11:30 p.m., Hawkins awoke to knee-high water in the boat.

“Once we were awake and saw what happened, [the boat] flipped over in one minute,” Phillips told the Houston Chronicle. “Then us country boys went into survival mode. That’s all we could do.”

As most of their gear and supplies floated away or sank, the men were able to scramble atop one of the boat’s pontoons. All they had to eat were chips, crackers and bubble gum. They survived on a six-pack of beer and 3 gallons of water from the boat’s internal washdown tank. Day after day, they baked under the blistering sun and futilely waved their t-shirts at U.S. Coast Guard rescue planes and helicopters that flew overhead, but were unable to spot the men.

“About the fourth or fifth day we started hallucinating about people dropping off food and water,” Phillips said. “And we were talking to them, but they weren’t there.”

The sharks, however, were not hallucinations.

“We had a bunch of black-tipped sharks schooling up under the boat,” Phillips said. “One of them jumped across the back of the boat.”

Finally, on August 29, Eddie Yalkin, a car dealer from Corpus Christie, spotted the men from his 75-foot yacht as he was on his way to fish an oil rig.

“My first reaction was, ‘Is this really real?’ You just have to kind of sit back and say is this real or hallucination,” Hawkins said. “You have to wake yourself up three or four times to make sure it is real.”

Yalkin brought the men aboard, fed them and took them to Port Aransas, 180 miles from where they were discovered. Amazingly, none of the men suffered any serious injuries.