Years ago, while hunting moose in the Blackwater Wilderness Area of British Columbia, I got lost. It was no big deal, but it reminded me how quickly one misstep can turn into a scary survival situation. 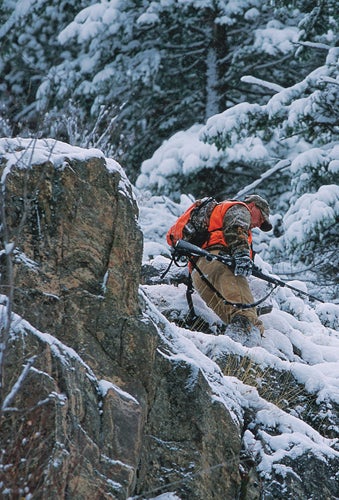 Years ago, while hunting moose in the Blackwater Wilderness Area of British Columbia, I got lost. It was no big deal, but it reminded me how quickly one misstep can turn into a scary survival situation. My guide and I had tied our horses several hundred yards from a small lake so we could sneak in and, we hoped, find an unsuspecting moose. It was great country–wild, with millions of acres of black spruce forest dotted with little lakes and potholes.

When we got to the lake, there weren’t any moose, but the area looked so promising we thought for sure one would show up before the day ended, so we decided to stick around. That’s when I realized I’d left my binocular in my saddlebag.

“Be back in a minute,” I whispered to my guide, and I hurried off to the horses. I found them just fine, grabbed the glass and headed toward where I thought the lake was. In all that dense forest, however, everything looked the same. The day was overcast so I had no sun to use as a reference. I stumbled around for a few minutes, then came to what I thought was the right lake. Wrong! I had found an entirely different pothole, which looked the same as the one I’d just left.

The sickening feeling in the pit of my stomach quickly grew as I realized I was truly lost. The area was full of grizzlies, and the thought of running into one by myself was about as appealing as eating worms.

This month, Alaska hunting and fishing expert Chris Batin shares some of his close calls and teaches us how to deal with those situations and make it home again in one piece. Some are funny, some are frightening, but each one could really happen, and his advice might save your life if you find yourself in a similar jam.

So how did I survive?

After taking a few deep breaths, I slowly made my way back the way I’d come, hoping to find the horses and not a bear. Fortunately, I stumbled onto the game trail we’d used to access the lake. I followed our footprints back to where my fuming guide was waiting for me.

“Damn,” he growled. “Where were you? The best moose I’ve seen all season just motored off into the woods on the other side of the pond. You could have potted him from right here!”

We never found the monster moose, and I never told my guide why I’d been gone so long. I never let him out of my sight again, either. That’s the first rule of survival.