In a survival situation, a satellite rescue system could be your lifeline. 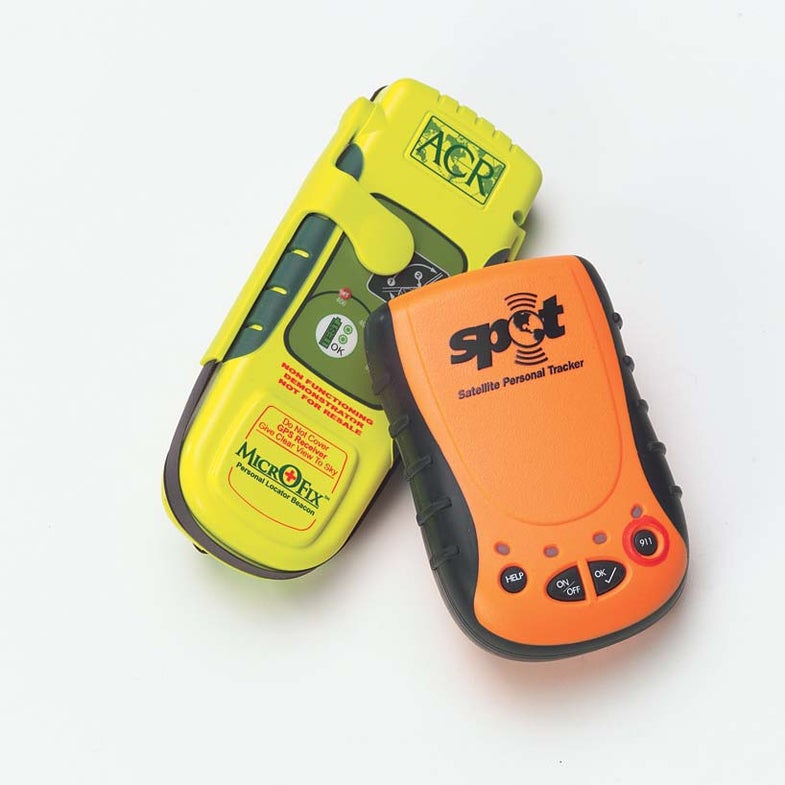 When Dean Sheldon and his brother-in-law Mathew Hugo left for a four-day hunting trip in Alaska, they had no idea how much trouble was in store for them. Of course, that’s the way every survival situation starts out. We can’t look into the future and see what is waiting to ambush us. But, unwilling to compromise our dreams, we go on living.

That’s what Sheldon and Hugo did. They set off into the remote Arctic Anaktuvuk Pass area, bagged a caribou and a wolf, and were feeling good about the way the hunt had gone. Then, about 35 miles from home, a blizzard ripped across the landscape, whiteout conditions blinding their view. They pressed on through zero visibility but ended up traveling in a wide circle that left them completely disoriented. The temperature was minus 30 degrees and conditions were deteriorating. Soon their snow machines were low on fuel. They had run out of food, were lost and knew they were in jeopardy of dying.

It’s for situations like this that the personal locator beacon (PLB) was developed. According to ACR Electronics, Inc. (acrelectronics.com), a manufacturer of PLB units, “A PLB is a satellite-signaling device of last resort, for use when all other means of self-rescue have been exhausted and where the situation is deemed to be grave and imminent, and the loss of life, limb, eyesight or valuable property will occur without assistance.”

Sheldon analyzed their situation and realized they needed outside help. Fortunately, he had packed his ACR AquaFix 406 GPS PLB, and he activated it. Almost instantly, the emergency signal was received by the COSPAS-SARSAT satellite system and relayed to a ground receiving station. From there, the information was passed to the U.S. Mission Control Center at NOAA and on to the Alaska Rescue Coordination Control Center in Anchorage. Search-and-rescue responders in Anaktuvuk Pass village were alerted, and two trained volunteers were deployed 35 miles to the location of the survivors, as indicated by the PLB GPS system. The two men were successfully rescued.

It’s a story that could be told again and again–thousands of times, in fact. According to ACR, since the inception of the COSPAS-SARSAT 406 MHz satellite system, more than 5,700 individuals have been rescued in the United States, and the number worldwide is more than 22,000. Clearly, this is a tool that saves lives.

An Evolving Market
There are more than 151,000 PLBs registered in America, but there should be many times that number in use. One of the reasons more people don’t use them is the cost. A GPS-equipped PLB retails for about $650. And when the battery pack runs down, the owner must ship the unit to a service center and pay a fee to have it recharged. All this for only one, albeit important, function–to send a distress signal and call for rescue.
But a new player has made an appearance in the satellite-rescue-systems field, and its unit features not only a significantly lower price, but additional modes of operation as well. The unit I carry is called SPOT (findmespot.com), and is designated as a satellite personal tracker (also referred to as a satellite messenger), rather than a PLB. The SPOT doesn’t employ the COSPAS-SARSAT system, but communicates through the GEOS International satellite system for worldwide coverage. Even so, a call for rescue follows the same process–alerting a ground control center that relays the distress signal and GPS coordinates to local search-and-rescue organizations.

The SPOT tracker costs $170 and requires a $99-per-year service fee for access to the satellite system. Batteries (a pair of AA lithium cells) are readily available to consumers, so spares can be carried into the field and changed in a matter of minutes.

Added features
SPOT also features functions that are not available with a conventional PLB. One is a Check-In function, which allows you to send a preprogrammed message to a select group of family and friends via e-mail or text message to notify them that you’re okay. This gives comfort to people back home and allows them to see exactly where you are via a Google map, with the GPS position marked with a waypoint.

Another mode of operation is activated by pressing the “Help” button. This sends a prewritten message letting your backup team know that you’re in trouble and in need of assistance, but that the situation isn’t life-threatening, so you don’t want to call in the rescue helicopters. Again, a Google map with your GPS coordinates accompanies the message.

The third function is the 9-1-1 button, which sends a distress message and your GPS coordinates via the GEOS satellite system and activates a full-blown search-and-rescue operation.

Regardless of whether you use a conventional PLB or a SPOT, the important thing is that you carry a satellite distress signal unit when you head out for a hunting or fishing trip. If cost is a factor, look into renting a PLB–available from online sources such as plbrentals.com, as well as a large number of outdoor retail shops, such as REI–for the duration of your trip.