Carbon-monoxide poisoning is a real threat for outdoorsmen. 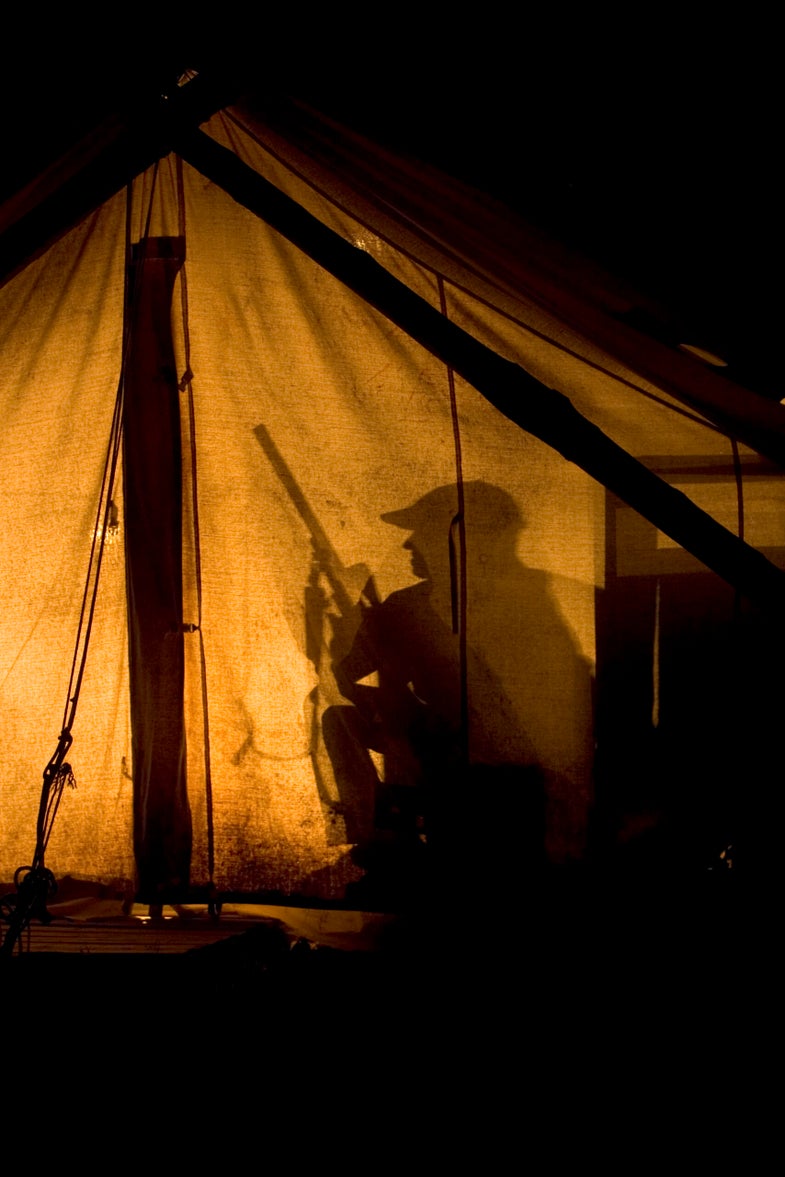 One minute, you and your buddies are sitting in your tent or RV camp swapping tales about the day’s exploits; the next minute, you’re all dead. And you never knew it was coming. That’s the way carbon monoxide (CO) works. You can’t smell it, you can’t taste it, you can’t see it, and by the time you begin to feel its effects, it’s usually too late. Carbon monoxide is the ultimate stealth killer–in no time at all you go from being conscious to crawling on the floor trying to escape the death trap.

According to the U.S. Consumer Product Safety Commission, there are an average of 30 fatalities and 450 non-fatal injuries in the U.S. each year caused by carbon-monoxide poisoning resulting from the use of portable camping lanterns, heaters and stoves. If you use that kind of equipment, or any other gear that operates on the principle of combustion (fireplace, furnace, gas-powered generator), in or around your tent, cabin or RV, you could be at risk.

What It Is
Carbon monoxide is a product of incomplete combustion, and presents the greatest danger when it becomes concentrated in an enclosure with inadequate ventilation. It’s cumulative, so the longer you’re in contact with CO, the greater danger you’re in. Exposure is calculated in parts per million (ppm), which is rendered into a percentage figure calculated by taking both the ppm and the duration of exposure into account. The longer you’re exposed, the higher the carboxyhemoglobin (COHb) concentration in your blood. As the COHb level increases, less hemoglobin is available for the transport of oxygen. Every cell in your body needs oxygen or it will die. It’s easy to see the implications.

Some folks are especially vulnerable, so even a low level of CO exposure can result in serious health problems. Angina pectoris (a heart disease marked by gripping chest pain), for example, can be triggered when COHb levels are between 2.5 and 4.9 percent–a healthy individual only begins to suffer the first signs of CO poisoning at 4 to 6 percent. By the way, those first symptoms include confusion and disorientation, which render the victim less capable of making lifesaving decisions.

Operating a propane lantern or stove in a tent or cabin, for example, can raise the CO concentration to a dangerous level, and if you’re in that environment long enough, you’ll die. Space heaters are notorious killers, especially if they’re left operating after everyone goes to bed.
Gas furnaces and water heaters that are in need of service or adjustment are common causes of CO poisoning. Another dangerous source of CO is exhaust from a vehicle or generator running nearby a tent or cabin. One of the surest ways to die of CO poisoning is to use a charcoal grill indoors to cook or provide heat.

Treatment
Learn to recognize the symptoms of carbon-monoxide poisoning. Many victims of CO poisoning are misdiagnosed because early stages manifest symptoms similar to a cold or the flu. Unfortunately, the true diagnosis often comes too late. When the COHb level in the blood reaches 10 percent, the symptoms are headache, dizziness, weakness and loss of coordination. As the level of COHb rises, the individual will suffer nausea, vomiting, sleepiness and confusion. At a level of 40 percent, the victim will collapse, and at 60 percent death occurs.

If someone in your camp shelter starts feeling like he’s getting the flu, has chest pains, or exhibits behavior typical of confusion, suspect that CO poisoning might be the culprit. Immediately get everybody out into the fresh air, ventilate the tent, cabin or RV, and then investigate the source of the CO. Do not return to the enclosure until the problem has been found and resolved. If you go back inside, assuming it is safe, you might fall victim so fast that you are unable to get back outdoors to safety.