Better Agricultural Practices Could Mean More Pheasants in the Heartland 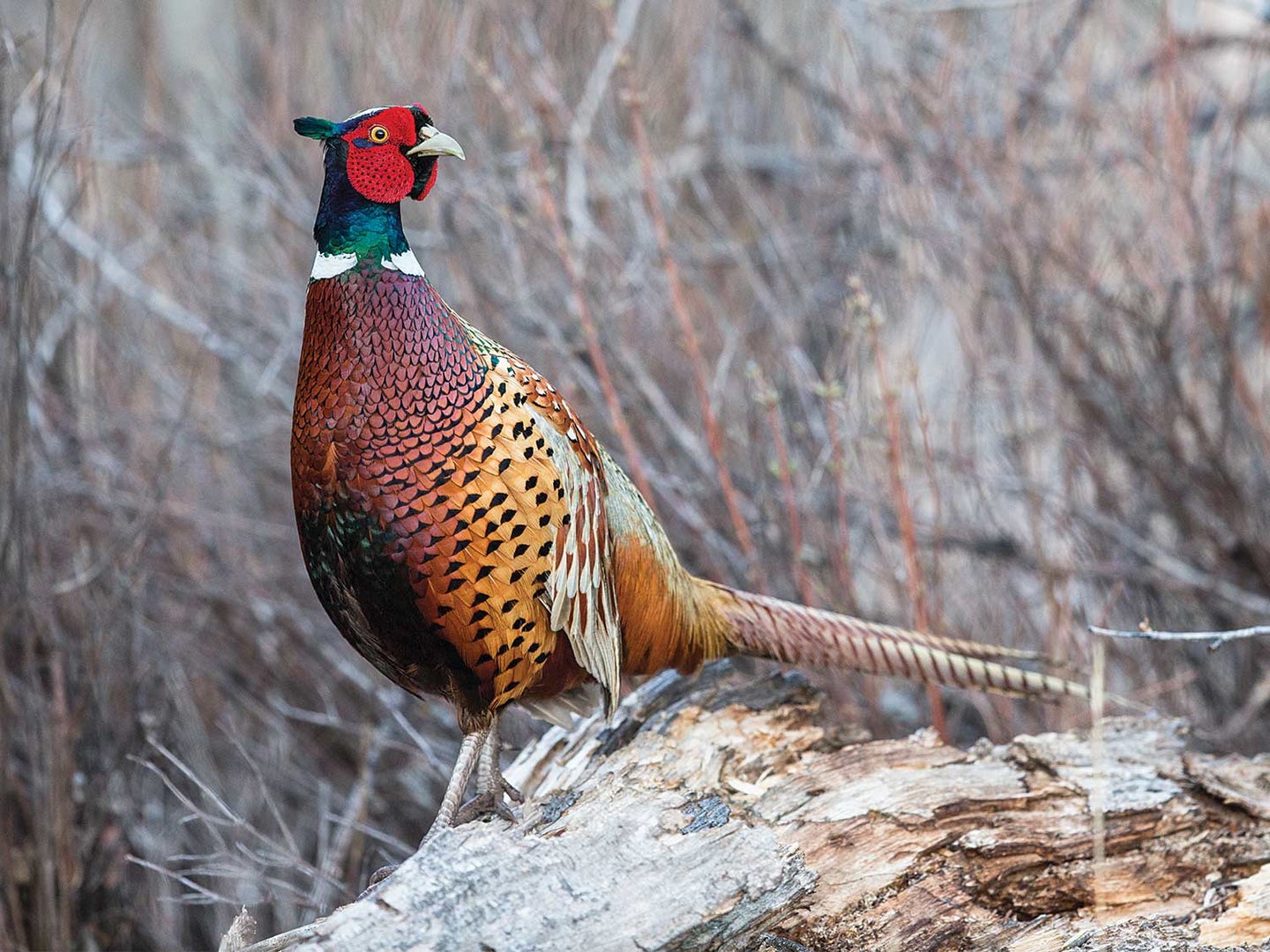 South Dakota has a pheasant problem. It’s not the strafing winds and drifting snow that contribute to overwinter bird mortality. And it’s not agri-business practices that destroy the best nesting and brood-rearing habitat with every pass of the chisel plow.

The problem is the unsustainable popularity of South Dakota’s adopted icon, the Chinese ringneck. So many pheasant hunters swing a shotgun in the state—nearly 150,000 in 2016 alone—that South Dakota’s upland habitat has a hard time supplying the demand, especially with declines in the number of acres enrolled in habitat-creating initiatives like the federal Conservation Reserve Program (CRP). Last year, hunters bagged 829,000 South Dakota roosters out of an estimated population of 4.6 million birds.

That’s a lot of wild pheasants, but last season’s population estimate is South ­Dakota’s lowest in 20 years. Meanwhile (or maybe as a result of the relative shortage of wild birds), the state permitted a record number of private pheasant-shooting preserves—214 of them statewide last year. Collectively, these operations released a record number of pheasants—468,000—and their customers killed 264,000. These preserve hunters might not be aware that their heavy vests of roosters originated in a commercial aviary. But for most hunters, that’s fine. The cackling flush and gaudy colors of a rooster rocketing through the big Dakota sky are enough. Who cares if the bird is a product of a hatchery or a habitat strip?

A growing number of landowners, conservationists, and wild-bird enthusiasts do care. While they say there’s a place for preserves, they think South Dakota’s capacity for producing wild roosters is directly proportional to the amount of private land that’s in agricultural production.

This is a fairly new perspective. For the past two decades, conventional wisdom has indicated that more land left in its natural state, or enrolled in the grasslands-­conserving CRP, would produce more pheasants and other wild critters. But ensuring consistent CRP acreage is hard and uncertain work. It requires lobbying Congress every five years as the federal Farm Bill is renewed. It requires that commodity prices for corn and other grains be low enough to make below-market CRP lease rates attractive. And it requires that landowners are okay retiring their semiproductive land.

Eric Johannsen thinks there’s a better way, one in which farmland is used for commodity agriculture, but managed to benefit pheasants and deer as well as his farm’s bottom line. His family’s operation (johannsen​farms.com), located near the north-central South Dakota town of Tolstoy, produces preserve-scale numbers of wild birds for clients, largely because the Johannsen clan has tweaked their farming practices in a way that boosts profitability while benefiting wildlife.

“Where we’re at, out on the Plains, pheasants have to have a couple of basic things,” Johannsen says. “They have to have nesting cover and brood-rearing cover in the form of either native prairie grasslands or idle grasslands like CRP. But you can also provide that cover with cereal grains like rye or winter wheat, as long as you leave it undisturbed through the month of June.”

Adult pheasants need winter cover, thermal habitat where they can ride out cold, snowy conditions, and food in fairly close proximity. The Johannsens provide that by planting rows of grain sorghum adjacent to cattail sloughs.

“We know that the best thing for pheasants is a strong rural economy,” Morlock says. “We used to think we needed $7 [per bushel of] corn to sustain rural communities. But that’s a hard number to depend on, between fluctuations in weather, supply, tariffs, and market trends. What we’ve realized is that farmers can make just as much on $4 corn with fewer input costs by farming smarter.”

Farming smarter, on the Johannsen place, means ensuring that every agricultural operation—including cattle grazing, haying, the type of grain crops chosen, and timing of planting and harvesting—is done with an eye toward minimizing the cost of inputs, such as fertilizer and pesticides, and maximizing the benefits for wildlife.

“Nature thrives on diversity, and that includes diverse crop cover, in order to break the cycle of monoculture that leads to pest infestation and soil fatigue,” says Johannsen, a self-described “dirt nerd.”

“It all starts with soil. If we can keep the soil functioning at a high level, with no-till farming, consistent crop rotations, and cover cropping, then we save money on inputs and we can keep more moisture in the soil to help us weather droughts. That lets us set aside more acres for wildlife. Bottom line: Take care of the soil and you can have lots of secondary benefits, including a profitable operation.”

Johannsen says even small farms can make a big difference for wildlife.

“If you have 10 acres or 40 acres, you can do things like keeping grass and grains undisturbed through spring and planting food strips near good winter cover,” he says. “You might not have the sun blotted out by waves of pheasants, but success may look like two broods of pheasants living to maturity on your place. I’ll guarantee you those pheasants will be meaningful.”

The Pheasant sandwiches of Aberdeen

During World War II, more than a half-million servicemen and -women passed through Aberdeen, South Dakota, aboard trains headed to training facilities and ship-out depots. Community leaders in the prairie town, wanting to sustain the traveling GIs, started handing out chopped-pheasant sandwiches.

Within a few months, every soldier, sailor, and airman passing through Aberdeen was served a homemade lunch from what became known as the Pheasant Canteen, staffed by community volunteers who called themselves Aberdeen’s pheasant ladies.

Special hunts were held around town to supply the birds required for the sandwiches, which also included carrots, celery, and pickle relish in a mayonnaise base. While the handout program lasted for only 30 months—the canteen closed in March 1946—the tradition is an indelible part of Aberdeen’s culture.