Will Russia’s Invasion of Ukraine Mean Fewer Pheasants This Fall?

As grain prices soar, fewer farmers are enrolling in the Conservation Reserve Program, which is the key to upland habitat in pheasant country 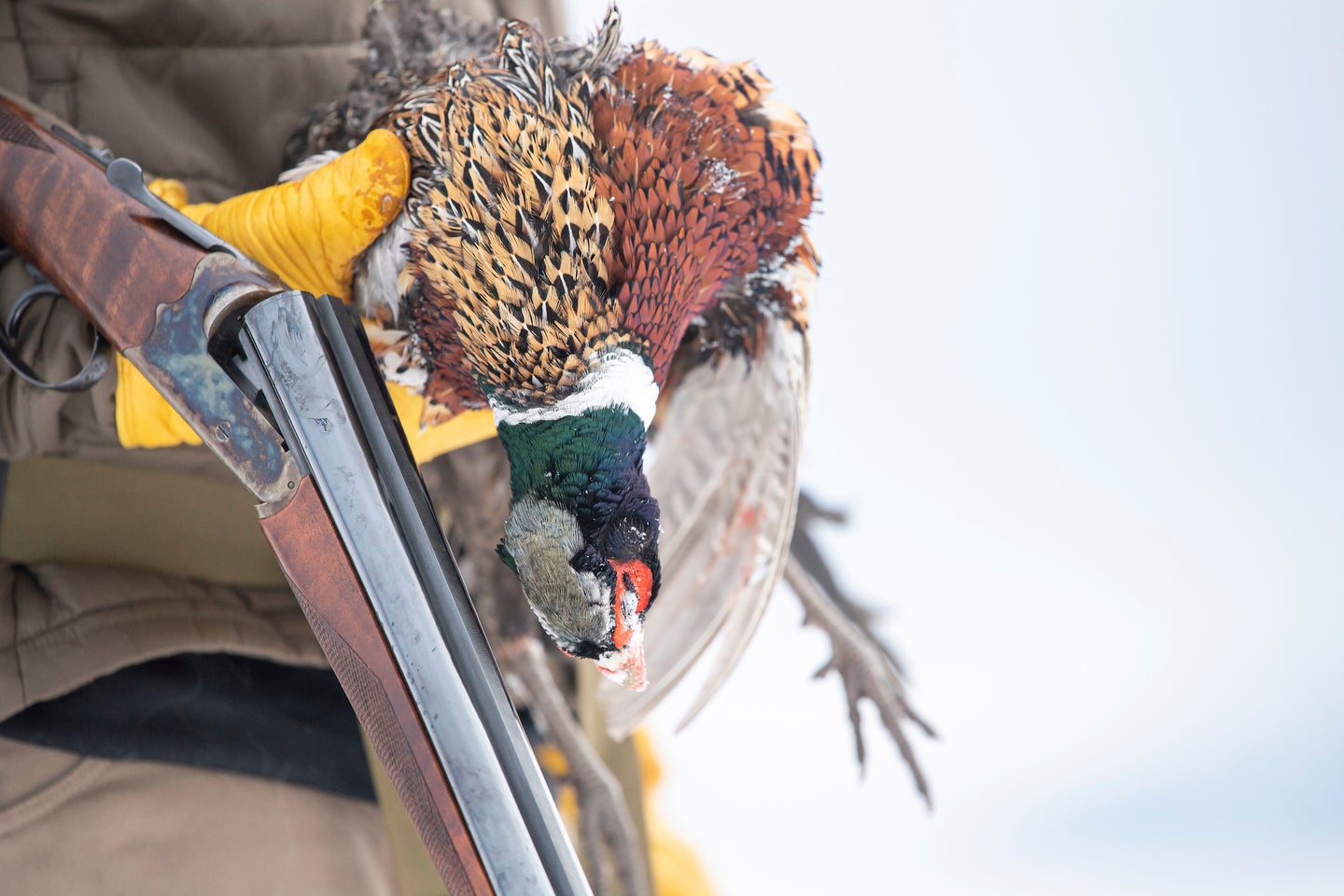 The Conservation Reserve Program is one of the keys to high pheasant populations. John Hafner
SHARE

If you didn’t have enough reasons to despise Russia’s hegemony, then add this to your roster of grievances: While Vladimir Putin is crushing your hopes for a gentler world, he’s also stealing limits of your pheasants.

It’s not that he’s in the field with a sharper bird dog than you, it’s that his decision to invade Ukraine has initiated a geopolitical crisis that is already affecting agricultural land use in America’s Bird Belt. In short, Ukraine is a major grain producer, and the Russian invasion has grain prices soaring due to global food insecurity. That’s prompting U.S. agricultural producers to pull (or not enroll) marginal farmland out of the United States’ premiere upland habitat bank, the Conservation Reserve Program (CRP). The amount of land enrolled in CRP has a direct impact on bird populations in pheasant country.

According to comments from Secretary of Agriculture Tom Vilsack, first reported by AgriPulse, the Department of Agriculture is expecting only about 800,000 acres to be enrolled in new CRP contracts this year. More significantly, of the 4 million acres eligible to be re-enrolled in the federal habitat program, only about 1.8 million acres will stay in grass. In sum, about 1.4 million acres of farm ground is leaving CRP, which converts marginal cropland to perennial cover in exchange for cash payments to farmers.

Vilsack told Farm Progress that market forces have prompted farmers to put that marginal land back in grain production in order to capitalize on soaring cereal-grain prices.

“We got a few new [CRP] contracts but nowhere near the number of contracts that did not re-up,” Vilsack told Farm Progress. “The market basically responds to signals and farmers make the decision.”

Indeed, as Vilsack was reporting CRP enrollment this week, some Senators were calling for the Biden administration to allow farmers to access CRP in order to address global food shortages.

The CRP enrollment numbers are deflating, but not especially surprising, to Ron Leathers, the chief conservation officer for Pheasants Forever and Quail Forever. Leathers says that CRP was never intended to compete with high commodity prices.

“The market is speaking,” says Leathers. “The market that is driving $16 [per bushel] beans is not going to allow CRP rental rates to be particularly competitive. One of the benefits and curses of CRP is its static rental rate that either sustains people during difficult times or constrains them during really good times. And right now, with rising grain prices, CRP is considered a constraint.”

The history of CRP has been defined by large swings in enrolled acreage, a dynamic that has been largely influenced by commodity prices. The USDA reports that when CRP was authorized as part of the Food Security Act of 1985, the USDA was directed to enroll 40 to 45 million acres by 1990 in order to achieve two goals: reduce soil erosion on highly erodible cropland, and curb the production of surplus commodities that was suppressing market prices.

Leathers takes a longer view of the program.

“Enrollment [in CRP] has been declining for 15 years or so, from the high-water mark of more than 36 million acres down to between 22 and 24 million acres,” he says. But Leathers points to two trends that stand out in 30 years of data.

“Those high-water years of CRP in the early 2000s are tied pretty closely to peaks in upland bird numbers, particularly pheasants.” But Leathers also says that while fewer acres have been conserved through CRP over the last decade, the most endangered acres have stayed in grass.

“The development of precision mapping has enabled producers to identify their most ecologically fragile ground, which is often the poorest ground for cropping, and apply conservation practices that benefit water and soil while providing key edge cover for pheasants.”

But Leathers worries that soaring commodity prices may prompt producers to start farming that marginal ground, contributing to degraded soil and water health in America’s Grain Belt and removing much of that wildlife-rich edge habitat.

“Right now, if you’re in CRP you are not making as competitive a return on that acre as you would if you were farming it,” acknowledges Leathers. “But you’re also not exposing yourself to risk – a lot of these acres are going to get planted this spring in the worst soil moisture in 20 years. Combine that with record high input costs for fertilizer and fuel and is that really going to make a return or are some of these producers going to end up taking a loss?”

Leathers expects to see the biggest hits to pheasant populations in areas of the country that are both marginal for cropping and are experiencing one of the worst droughts in a century. That includes much of the Dakotas and eastern Montana, the crucible for wild pheasant production in the United States.

“Importantly, those are also the areas where CRP has provided benefits well beyond pheasants and soil health,” says Leathers. “CRP kept a lot of Great Plains cattle out of the sale barn” by giving ranchers an alternative to liquidating herds during prolonged periods of drought.

The idea of CRP as both a financial and environmental buffer is one that Pheasants Forever has communicated for years. But Leathers makes the case for CRP as an instrument of national security.

“You’ve heard a lot of talk lately about our strategic oil reserve,” he says. “I think there’s a growing recognition that CRP is our nation’s strategic grass reserve. When we get in trouble, anywhere in ag country, the first thing we do is turn to CRP. We open it to haying or grazing in drought years. In wet years, we open CRP to calving and winter feeding operations. There are a lot of cattle that are pretty dependent on CRP when all hell breaks loose.”

Whether CRP can now endure a global food crisis may be the biggest test in the program’s 37-year history. Given that context, maybe America’s upland hunters can afford to forgo a limit or two while we wait for CRP to return to farm country.

“We don’t think what we’re seeing right now in this moment is indicative of demand for the CRP program,” says Leathers. “The program has ebbed and flowed, and we’ve always known that it’s tied to commodity prices, and we also know that conservation endures these moments. But at this moment in time there’s something happening in the world — food insecurity — and we need to be a good partner, because good conservationists recognize that they’re citizens of the world.”