The whitetail deer breeding industry has been getting more than its share of headlines lately. It seems deer breeders and... 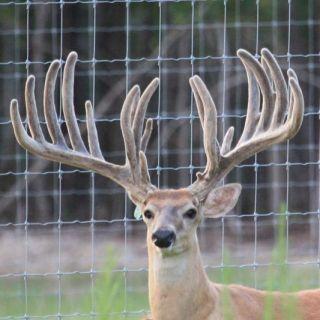 The whitetail deer breeding industry has been getting more than its share of headlines lately. It seems deer breeders and captive whitetail hunting operations are working hard at loosening restrictions on deer breeding operations. They want state wildlife agencies to hand regulation responsibilities over to state agriculture departments. They believe that state agricultural departments will be better for business and will be more willing to ease “excessive” restrictions like curtailing deer transport, identifying and monitoring unique deer for disease, and double fencing to prevent wild deer from contacting captive deer.

Case in point—deer breeders in Missouri recently attempted to have the classification of captive whitetails changed from “wildlife” to “livestock.” They lost, but the battles continue elsewhere.

State wildlife agencies have a real stake in keeping captive deer breeding operations under tight control. Chronic wasting disease (CWD) has been associated with deer farming, and wildlife agencies are deeply concerned about increasing outbreaks of CWD in wild deer. CWD is a highly contagious fatal disease of the brain. Agencies believe the disease is spread through close contact of deer and that transporting captive deer from area to area has contributed to the rapid spread of the disease across the country. State wildlife agencies are strong supporters (and enforcers) of laws designed to curtail the transportation and free commerce of cervids (deer, elk, moose etc.).

Wildlife agencies are also raising concerns about deer with artificially manipulated genes (for antlers only) getting into wild herds. They view genetic manipulation as contrary to nature where the fittest survivors generally do most of the breeding. Genetic manipulation for antlers only, typically leads to whitetail bucks producing massive racks (200-300″ or more) at very young ages followed by earlier than normal death and/or other physical defects. Whitetails bred only for antlers would tend to weaken the overall gene pool which has been selectively bred and refined in the wild over many thousands of years.

Deer breeders are quick to point out the economic impact of deer farming. The whitetail deer breeding and shooting preserve business is estimated to a billion-dollar operation. It provides jobs (30,000) in rural economies, and is promoted as a boon to hard-hit family farms. Deer farming for antlers and shooting preserves is one of the fastest growing segments of the livestock or alternative livestock industry. Estimates put the number of deer breeding operations at well over 10,000 and growing every day. Texas and Pennsylvania each report over 1,000 deer farming facilities. The deer breeding industry argues that oversight by state agricultural departments would lead to better disease control measures and less restriction on commerce. This is a popular position among many lawmakers who favor economic impact over regulation.

So, the captive cervid battle lines are drawn. Less regulation means more dollars for the deer breeding business. More regulation means better protection for wild deer herds and the public who “own” them. A survey conducted in 2009 by QDMA showed 10 states have their departments of agriculture responsible for supervising deer breeders, while 9 were supervised by wildlife officials; 31 states reported joint responsibility between agriculture and wildlife. A survey indicated that, 36% of responding states classified captive deer as “livestock”.

It’s not likely that these issues will be resolved any time soon. The captive deer breeding industry is well heeled, dug in, and intent on creating a favorable business climate. State agency personnel are professionally trained to follow the much revered the North American Wildlife Conservation Model and manage wildlife populations for the common good according in accordance with the Public Trust Doctrine. They will not sit by idly and watch as whitetail deer are decimated by disease.

One thing can be resolved however, and that is the matter of shooting pen raised “trophy” deer. As hunters, we can stop buying “trophy” deer to shoot at anytime we choose. If these deer are being called “livestock” by breeders, how can they be called “trophies” by “hunters?”