Do attractants work on bucks, or just the hunters who buy them? 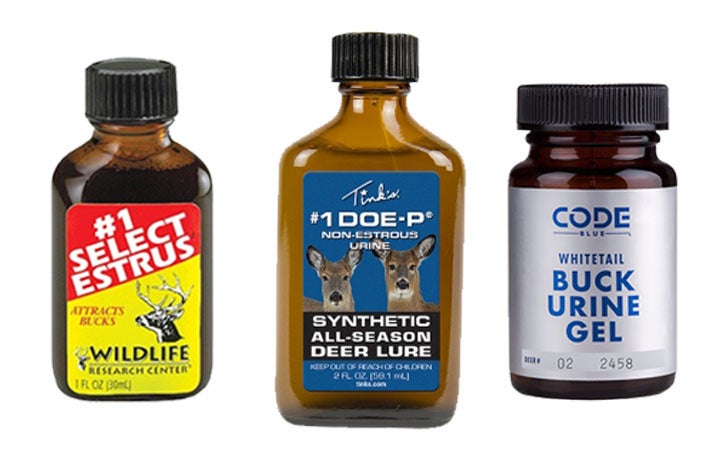 Some sportsmen tout deer lures, specifically urine-based scents, as an essential tool for a successful hunt. They have no shortage of choices. A quick search on any major sporting good store’s shelves will reveal dozens of different brands and types of deer lure.

Before you buy, though, ask yourself: are deer lures actually effective, or do the brands selling them just have great marketing strategies?

Unfortunately, there are limited studies that evaluate the effectiveness of attracting deer. One of the few studies on the effectiveness of lures compared how white-tailed deer in Texas reacted to four different scents: deer urine, synthetic deer urine, human urine, and new-car smell. During a three-and-a-half-week period, two of which were during the rut, deer investigated the four sites equally.

The findings of this work suggest that deer likely visit and investigate urine scents and other lures because it’s a foreign scent in their environment, and they may be less concerned about the origin or “meaning” of the scent. Additionally, the Texas study seems to indicate that deer-urine lures may not present the right scent to really entice deer to regularly investigate. This begs the question, is there any difference between the urine of a deer in the wild versus what you buy in a bottle? Or the air freshener sold to replicate the synthetic-plastic smell of a new car?

WHY ARE DEER ATTRACTED TO URINE?

While deer-based lures may advertise that they’re just as good as the real thing, it may not be the case. For starters, the urine in commercial lures is collected from captive deer herds that are kept in pens with grated floors. So urine, feces, and any other miscellaneous materials may gather in the collection area. One of the problems of collected urine could be contamination from feces or other particulates.

As the prevalence of Chronic Wasting Disease spreads, urine-based lures can potentially provide means of transmission from captive herds to wild populations. CWD is a neurological prion-based disease that can kill deer, elk, and moose by destroying the spongy tissue of the brain. Like other prion diseases, CWD can be transmitted via urine and stay dormant in the soil for extended periods of time until the ideal conditions and host are present. While many commercial operations take exhaustive steps to ensure that CWD is not transmitted from captive herds to the wild populations, CWD has been found in the wild cervid populations of at least 23 states, so it is imperative to be cautious when using urine-based lures in states that are still CWD-free.

The jury for lure effectiveness is out. While many sportsmen credit lures for their success, they may have been just as successful if they had hung a pine-scented air freshener in front of their stand. Also, be cautious of what is on the label, because there are loose requirements for the labeling of deer attractants, and what is advertised might not be the whole truth, given that very little of the desired tarsal-scent compounds may be in each bottle. Lastly, if hunting in a state where CWD has yet to be established, it may be wise to avoid urine-based lures altogether. It’s better to be safe rather than sorry when dealing with a compound that could negatively impact your deer herd.