How to Make Elk Shank Pierogi

Last year a friend of mine shot an elk in Wyoming and was generous enough to share some of it... 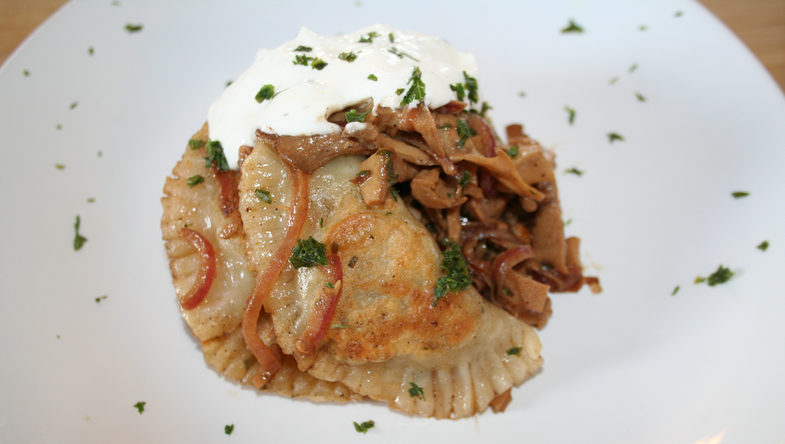 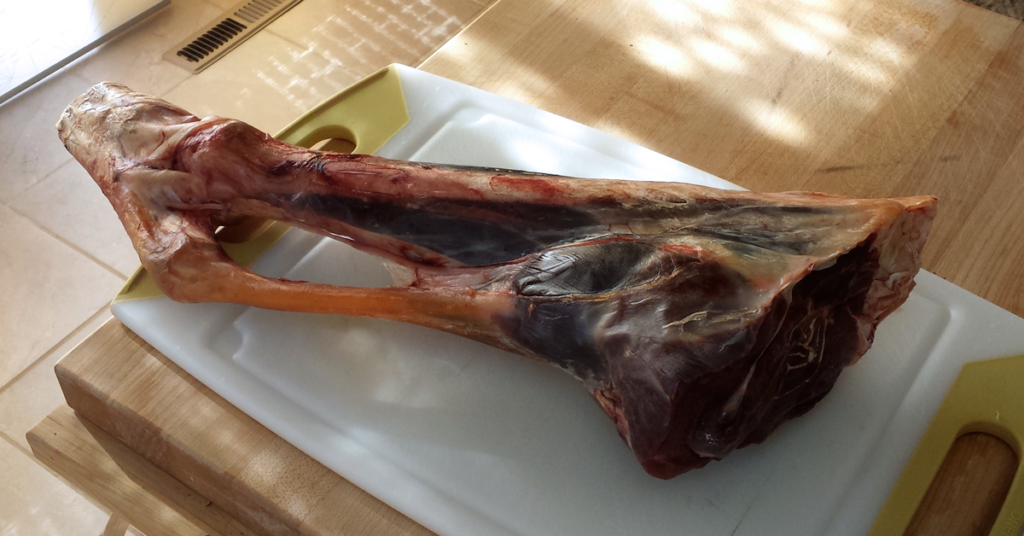 Last year a friend of mine shot an elk in Wyoming and was generous enough to share some of it with me. One of the cuts he shared was a rear shank. It looked like something Fred Flintstone would have gnawed on. It was this enormous bone and tendon with a bunch of meat on it. I honestly wasn’t sure how I was going to use it, but was determined to make something delicious with it.

The meat from the shanks is usually very tough and requires some special cooking to make it tender.

My buddy gave me this shank whole, so I took a saw to it just so I could make manageable pieces that would fit in my cooking pots. I braised the shank with some juniper, rosemary, and bay leaves, and then shred it up to use in a pasta sauce. The only problem was the sauce was a little dry and didn’t coat the pasta very well. So now I had about two pounds of very tasty shredded elk shank, and no real use for it. I packaged it up and tucked it into the freezer thinking I would use it for a sandwich at some point.

A few weeks ago I was reading through one of my cookbooks and found a recipe for beef cheek pierogis from Chef Michael Symon. I went out to my freezer to see what cuts of meat I had that could work. I have a couple of elk tongues and some elk cheeks, which would have worked great. But then I came across the elk shank I had already cooked. It only made sense to thaw it out and use it as the stuffing for my pierogis.

While I was in the freezer I also came across some of the hen-of-the-woods I had frozen from earlier this fall, so I thawed them out as well to serve with my pierogi. I don’t think these pierogis could have turned out any better if I’d actually planned to make them. The elk shank worked perfectly as a filling and the flavor was out of this world. Served alongside the wild mushrooms and a dollop of sour cream, they made a perfect meal.

Mix all ingredients together and form a ball. Don’t overwork. Wrap in plastic and place in the fridge for 2 hours or overnight. 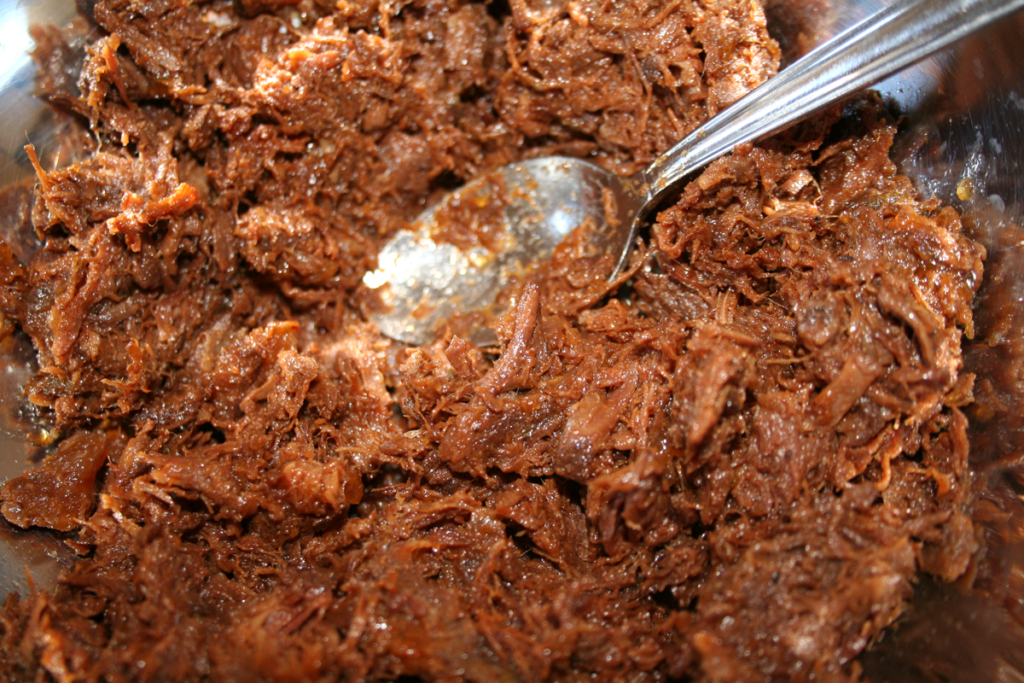 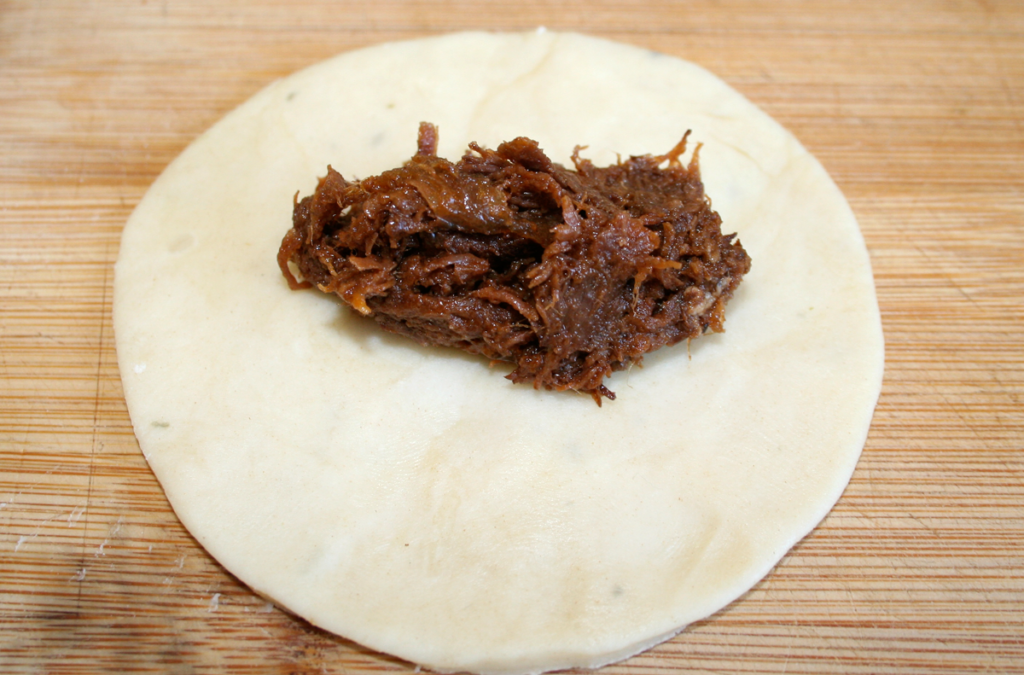 In a Dutch oven or other heavy oven proof pan, season the meat with salt and pepper and brown the meat in the olive oil on medium high heat, reserving the left over oil. Set the meat aside and then sauté the onion and garlic in remaining oil until soft. Add the bay leaves, juniper, and rosemary, and cook for one minute. Stir in the tomato paste and then add the meat back to the pot. Pour in the wine and stock and bring to a boil. Cover the pot and then place in a 300 degree oven for 3-4 hours, or until the meat is easily shredded. 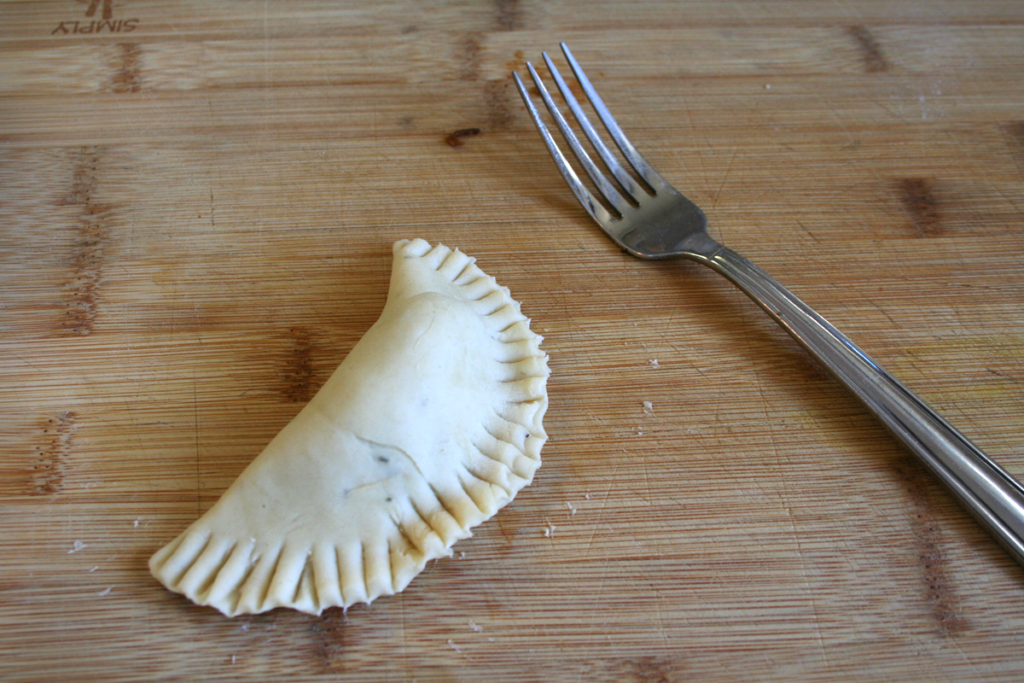 Remove the dough from the fridge and dust a work surface with flour. Roll out your dough until it’s about 1/8 inch thick, then cut out circles with a cookie cutter (about 3-4 inches in diameter). Place a spoonful of meat in the middle of the circle and fold over. Crimp the dough with the tines of a fork and then boil the pierogi for 2-3 minutes. When they float, they’re done. Take the pierogi out of the water and set them aside on a paper towel to dry. Brown them in butter for 2-3 minutes per side, or until golden brown. 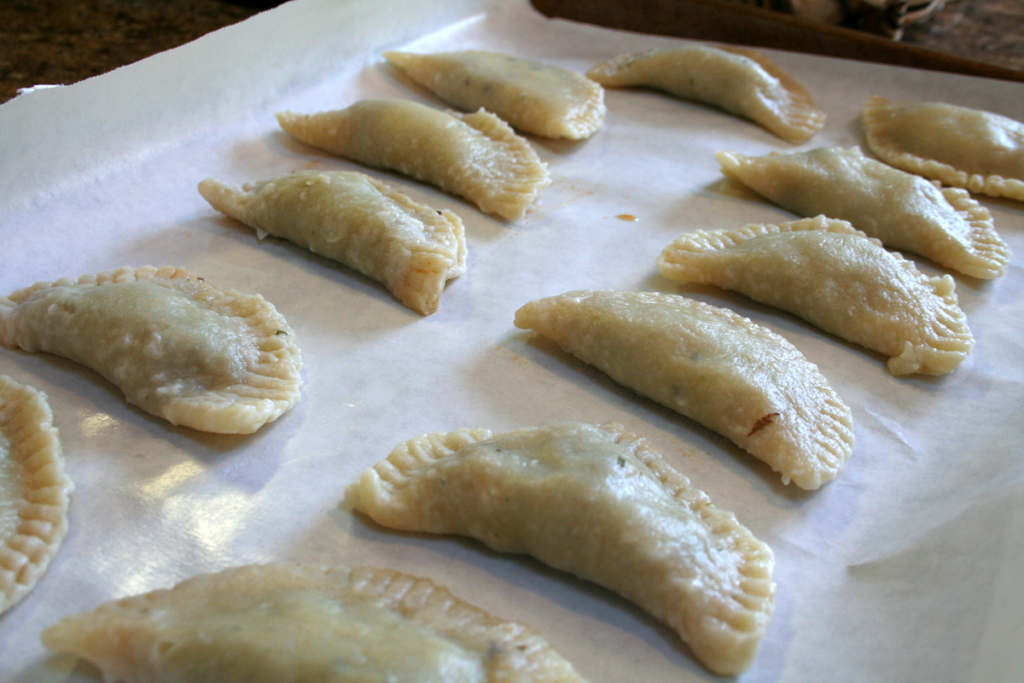 FOR THE MUSHROOMS
8 oz. sliced fresh mushrooms, I used hen-of-the-woods but shitake or even button mushrooms would work
½ of a red onion thinly sliced
1 clove of garlic
2 tablespoons of butter
2 tablespoons sherry vinegar
¼ cup of sour cream 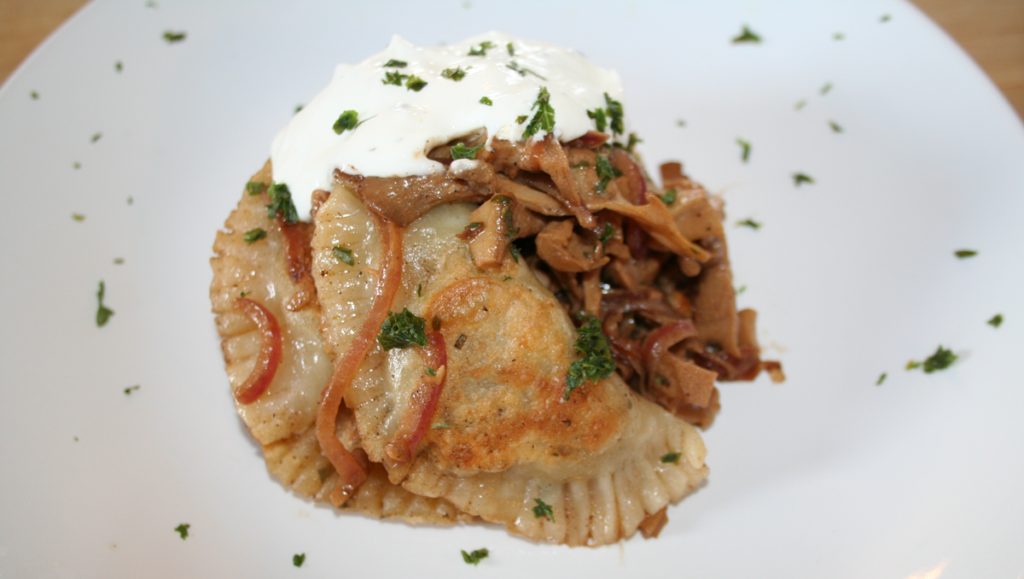 Sauté the onions and the garlic in the butter over medium high heat for 4-5 minutes then add the mushrooms and cook for an addition 5 minutes. Add the sherry vinegar and cook until all the vinegar is absorbed. Stir in the sour cream until the mushroom mix is all coated. Serve alongside the pierogi.