Pennsylvania consistently ranks as one of the top five deer-hunting states (by hunter numbers) in the country. One of the... 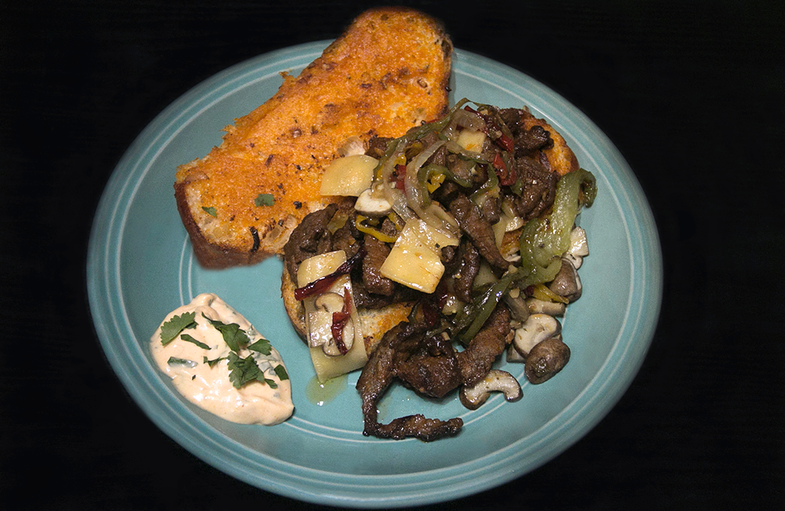 Pennsylvania consistently ranks as one of the top five deer-hunting states (by hunter numbers) in the country. One of the state’s most popular cities, Philadelphia, is where Rocky Balboa ran up a flight of stone stairs during an epic training session—a scene (and soundtrack) that many of us play back in our minds as we march into the deer woods in pursuit of venison glory. (Or at least I do.)

Philadelphia is also where the Philly cheesesteak sandwich was invented by Pat Olivieri in 1930. Much like the cab drivers who flocked to Olivieri’s original tasty creation, you can expect your hunting buddies to appear by the mouthwatering masses once you serve them my version of the legendary Philly. Of course, my wild Philly uses venison steak instead of beef ribeye. I’ve also taken it a step farther by smothering it with a sensational sriracha-cilantro aioli—an optional add-on for the more adventurous eater. 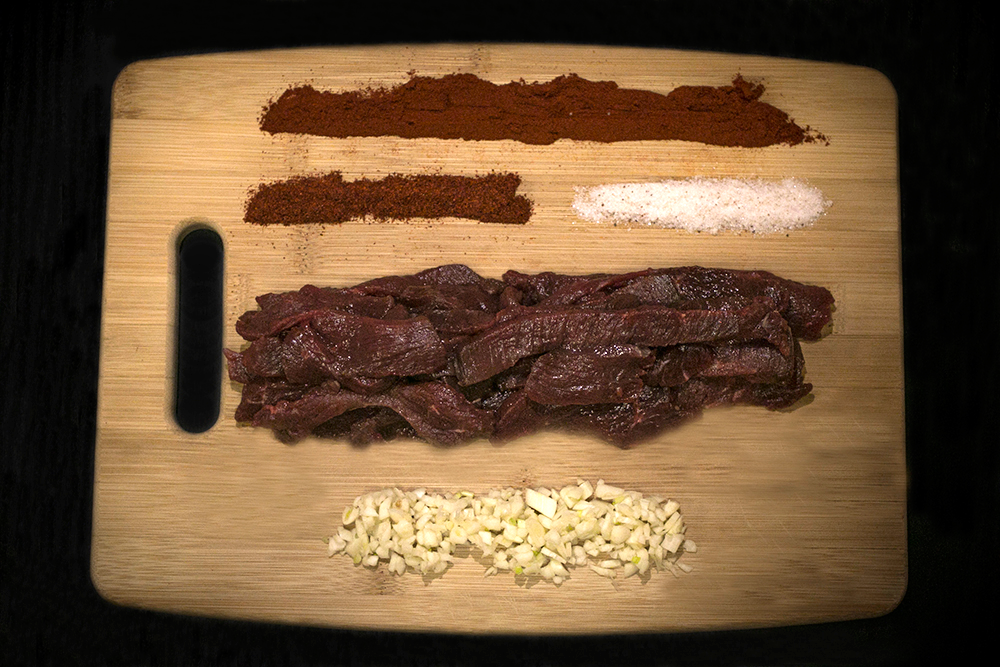 Many elements in this Philly cheesesteak sandwich play together to make it a knockout, but the thinly sliced venison and its special seasonings are key.

The Sandwich
1. Evenly mix smoked paprika, cayenne pepper and salt in a medium-sized plastic or glass container with a lid. Push mixture to one side of the container.
2. Combine venison strips and minced garlic on the other side of the container.
3. Put lid on container and shake aggressively until venison strips are evenly coated with seasonings and garlic. Keep the lid on and let the meat sit at room temperature for 30 minutes.
4. Heat oil in a large cast-iron skillet (at least 12-inch diameter) on medium heat. Add venison, veggies and mushrooms to the skillet; disburse evenly. Cook until venison is medium rare. Remove ingredients from skillet and set aside (keep ’em hot).
5. Add butterflied deli rolls, face down, to the deliciously infused grease bath in the still-hot skillet. Cook until faces are crispy. It should only take 15-20 seconds.

Sriracha-Cilantro Aioli
As the name suggests, this spicy and fresh aioli incorporates 1 tablespoon sriracha chili sauce and 1 tablespoon of cilantro. The third ingredient is 1/2 cup of mayonnaise. Mix it all together and you’re good to go. Don’t be intimidated by the “aioli” tag—just call it creamy goodness. (Tip: You can use any brand of sriracha chili sauce, but the stuff from Huy Fong is kick-ass and their brand is pretty neat.)

Serving Instructions
Pile venison, veggies and mushrooms high on open-faced deli rolls. Smother with cheese. Spread the sriracha-cilantro aioli on the top open face of the rolls, or keep it on the side as a dipping sauce. Crack a cold one, turn on the Rocky theme song and fill your face. Pay your respects to Pat Olivieri and praise the deer that gave its life for your new favorite Philly cheesesteak sandwich.