Adventure Bowhunting: 10 Gear and Packing Tips for a Better Trip

For years, John Schaffer has sported a distinctive handlebar mustache that makes him appear every bit the archetypal western rancher.... 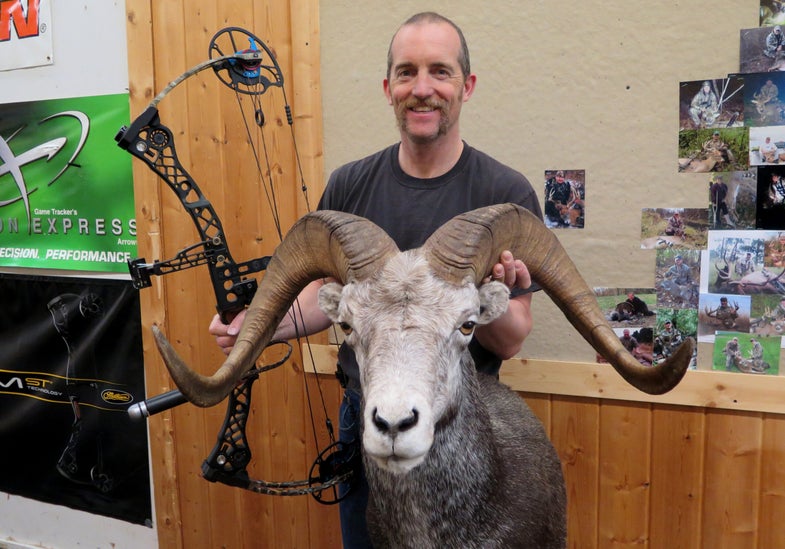 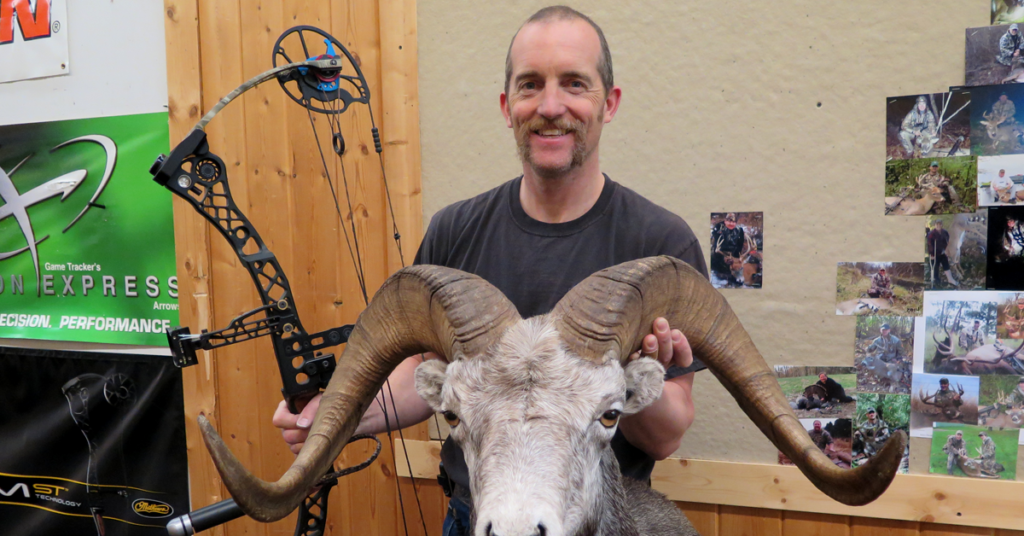 For years, John Schaffer has sported a distinctive handlebar mustache that makes him appear every bit the archetypal western rancher. Well, minus the cowboy hat. Luckily for people like you and me, the wiry outdoorsman is not into raising cattle, but rather, growing the sports of archery and bowhunting. Schaffer, 45, happens to be one of the most knowledgeable archer-bowhunters in the nation, and he regularly doles out sage advice from behind the counter of his successful archery pro shop, Schaffer Performance Archery, based in Burnsville, Minn.

Originally, Schaffer designed and built his respected accessories (known for their “bombproof” construction) to withstand the rigorous demands of traveling archers, of which Schaffer is one. As proof, the veteran, adventure-seeking bowhunter is a mere seven animals away from completing a life goal: bow-bagging a North American Super Slam of 29 big game animals.

Recently, I sat down with Schaffer to get some packing and gear tips for like-minded “adventure” bowhunters—people who might be pulling together their own hunt of a lifetime. Heed Schaffer’s sound advice, and your dreams just might become reality.

1. Double-Wrap Your Bow
“What I like to do with my hard bow case is gut it, take out all the foam inserts, and put my bow in there, packed inside of a thin, separate soft case,” Schaffer says. “This ‘double casing’ offers the best protection to the bow, but the main reason is that, if I have to jump into a [tiny] float plane, I can pull off that hard shell, and still have my bow protected and ready to go.”

2. Socks as Travel Bags
Also inside his hard bow case, Schaffer will cram all the accessories he can (extra sight, bow stabilizer, releases, and more) packed inside his extra socks, which act as cushioning material to prevent damage to his precious bow. “And it also keeps everything from shifting around,” he says.

3. Make the Most of Carry-Ons
The well-traveled Schaffer has more horror stories than most when it comes to lost or mis-routed hunt luggage. To prevent expensive hunt delays, he uses an extra-large carry-on pack (an ancient, full-size mountaineering-style internal frame pack) that allows him to safeguard several important items.

On a typical hunt, Schaffer will bring the carry-on, as well as two checked bags: A large duffel bag and the hard bowcase detailed above, filled with both bow and gear. “I have had so many bad experiences with luggage being lost, that now I get on the plane thinking, ‘Can I still hunt if the airlines lose my gear duffel?’ That’s my goal, so I get on the plane wearing my hunting boots, and inside my carry-on I keep a base layer, an insulating layer, rain gear, and hats and gloves, so even if they lose my duffle, I can still hunt. I also carry on a binocular, spotting scope if needed, and rangefinder—anything they will let you take on the plane that is necessary to the hunt.”

4. Serious Phone Service
“Another critical piece of travel gear is my satellite phone. I take it with me wherever I go. One main reason is, I’m a father and a husband. The phone helps keep my wife sane when I’m on some far-flung trip, and it’s nice to be able to check in on the family, and my business, no matter where I am. A couple times, I’ve had conversations on top of the mountain that have saved me from delays in production, and things like that. And of course the primary reason is safety; when you’re out there and it’s just you and the guide, something could happen to the guide just as easily as to you. You’ve got to be prepared.”

Schaffer has had his sat phone (by Globalstar) for about 10 years, after purchasing it for about $1,000. He pays a monthly service fee (a minimum plan is about $30 per) that he keeps active year-round due primarily to deactivation/reactivation costs that make the continuous service a virtual wash.

“On my stone sheep hunt in B.C., I tagged out early, and I was with an assistant guide who didn’t have a phone,” Schaffer remembered. “I called the float plane base and told them they could come pick us up; they were originally going to get us five days later. It’s really a no-brainer to carry a sat phone, and I always bring an extra battery, although I’ve never needed one.”

5. Packing Light is Right
“For hunt clothing, in general, I pack really light. And a lot of guys pack way too much. I actually went on a hunt once where I packed all my gear in just my bow case and one carry-on pack. I didn’t even bring a duffel, and even then, I came home with clothes I never wore. My advice, if you’re on a real adventure hunt, is that you really need very few clothes. I pack a base layer, an intermediate layer, and one more insulator for a top, and then you have your rain gear. That’s really all you need. I take a back-up base layer, and a few extra socks, and that’s really it. I remind guys all the time, if you’re not wearing it, you’re carrying it. You’ve likely heard it a million times, that less and is more, and that’s absolutely true when it comes to clothing.”

It should be noted that Schaffer, an archery technician par excellence, saves space and weight these days by carrying just one fully rigged bow, and some key replacement components: two sets of limbs, a set of cams, and strings and cables.

With these, even miles from nowhere, Schaffer can completely rebuild even a “blown-up” compound, in about an hour (he recommends that the rest of us carry a second, fully rigged and ready backup bow in case of breakdown).

6. Bring Enough Ammo
“I bring lots of arrows, and I try to store them separately. So if something bad happens—say a horse rolls over on one container—I can continue my hunt. I’ll usually store them in two different bundles; I’ll have a dozen in my soft bow case, and I have another dozen outside of that in a separate case. There will be times I will leave a dozen in my hard case, and maybe have six with my bow, and some in my soft case, so I will have options. I’m always amazed at guys who spend thousands on a hunt yet skimp on arrows. They take up virtually no space. And I also tell guys there’s no point in bringing arrows if you don’t have enough broadheads along to match them. I should also mention that I never travel with arrows with broadheads attached. I don’t even assemble my broadheads until I get to my destination. I’ve heard lots of horror stories about guys carrying broadhead-tipped arrows in their cases, having them cut up everything including bow strings and cables.”

7. The Right Rain Gear
“Buy the best you can get your hands on, because when it doesn’t work you’re not going to care about the $100 you saved. During a brown bear hunt in Alaska I saw the sun for about 3 hours in 19 days of hunting. It rained every day; it was like being in a toilet. During that hunt I went 15 days without even seeing a bear, then took one that measured 9′ 3″ on the last day. Good rain gear made that hunt possible.”

8. Snacks Can Save the Day
“I always like to keep enough food with me so I can make it through a couple lean days. It seems like I’m always packing Salted Nut Rolls, I like to cram a bunch of those in my pack. Yes, guides should have food with them, and many do, but I’ve been on plenty of hunts where all of a sudden you’re into game and end up spending an unplanned 24 hours on the mountain—with all the food back at camp. It’s not life threatening, but it’s no fun when you don’t have any energy.”

9. Critical Papers/Numbers
Schaffer has learned to keep several things on his person at all times, including his passport, and a piece of paper containing all critical contact numbers for his outfitter, float plane service, and more. Paired with his sat phone, this can quickly troubleshoot most travel foibles, even common weather-related delays that might force Schaffer to be re-routed home, possibly leaving gear behind at a float plane base or base camp that can be shipped home later. “I like to have every possible line of communication with me for my guide, the outfitter’s office phone, cell phone, and e-mail—anything I might have. I need to ensure I can make contact if, say, my plane gets delayed, or I’m having trouble meeting up at a predetermined rendezvous point, so the outfitter doesn’t think you flaked out on him. A lot of guys think you can just Google this info, but you can’t rely on that. And if you get re-routed home and your passport is back in camp, you won’t be leaving any time soon.”

10. Positive Attitude Rules All
One thing never to forget, Schaffer warns, is a positive attitude. Adventure bowhunting is typically an expensive investment, but few things about it, including the weather and game animal movement, are guaranteed. Go in with an open mind.

“I tell guys who are on the fence to go and expect that it’s not going to be perfect, but to deal with it, and realize the whole reason you’re going is to get out of your daily grind, and do something adventurous. If you don’t, you’ll likely be kicking yourself later. Even experiencing all the problems, in the end, they all add to what will be an incredible, memory-making experience.”