What are some things you carry and depend on regularly while out hunting? Lots of us might find our own... 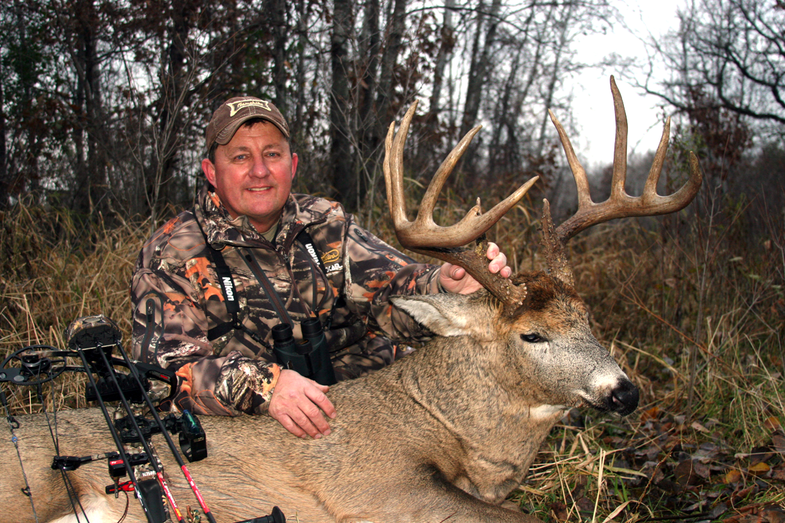 What are some things you carry and depend on regularly while out hunting?

Lots of us might find our own time-proven and often extensive list of personal gear compares favorably with that of many hunters—even those spread across several states and, quite likely, large geographical regions. But what would happen if we narrowed the focus? What if you had to name just a few items you simply can’t—or won’t—do without?

This was the question I posed to several avid outdoorsmen, guys who, in some form or another, not only live, breathe, and eat hunting, but also derive a good portion of their livelihood from the sport. In at least one sense, it doesn’t get any more real than that. Some of the answers? Those were even more revealing.

Something in the Air
Mark Herr, 53, is an extremely accomplished whitetail bowhunter I’ve known for a while and profiled recently, along with his equally talented son Kyle. That recent feature offered some fairly keen insight into the Herr’s unique, detailed hunt strategy, but one tidbit was missing. That earlier write-up did not include a piece of gear the Herrs have found to be nearly indispensable—not only in their suburban bowhunts, but for hunting most anywhere. The Herr’s “secret” weapon? An Ozonics ozone-generating unit.

I must admit when the Herrs first told me this, I was somewhat surprised. A bit stunned even. Like many of you, I had known about the technology for some time but had never used it. Then I listened as the Herrs gushed.

“To tell you the absolute truth, the Ozonics unit works so well that we’d rather forget our bows than that little unit,” Mark Herr said. “It’s incredible, and we’ve seen what it can do time and time again.”

To be honest I’d been intrigued by the concept, and thought that if I was doing a good bit of ground blind hunting for big game, the concept seemed to make good sense. But bring one up into a treestand? The Herrs do, on every sit, religiously, and wouldn’t have it any other way. My take? I’ve been so impressed by the Herrs and what they have accomplished, I’m now determined to give this technology a try.

High-Tech and High Quality
Josh Dahlke is an avid multi-species hunter hailing from Savage, Minnesota. And, while still relatively young, he’s already hunted extensively across much of North America, and has some definite opinions on critical gear.

“Every season I refine my selection of deer gear, eliminating the unnecessary and adding new essentials,” Dahlke said. “Three items always make the cut. The first is my ScoutLook Hunting app; I never consider heading to a stand or blind without checking my ScentCone to plan my sit. Every hour in the field is valuable, and ScentCone helps me choose the best locations to ambush deer.

“Another ‘must bring’ item is a high-quality binocular—preferably an 8x42mm because of its relatively compact profile, and it’s always strapped to my chest with an S4Gear LockDownX harness.

“Finally, I always have a rangefinder with angle compensation,” Dahlke continued. “When it comes time to make a shot with rifle or bow, I like the added confidence of knowing exactly how far away my target is. As much as I’d like to say I’m a pro at judging distance with my eye, I can’t count the number of times I’ve been mistaken—especially in the open country of the West.”

**Something with Sentiment **
Most people know Mitch Kezar as one of the outdoor industry’s most-skilled outdoor photographers and founder of Windigo Images, a website holding the work from an entire stable of skilled outdoor photogs. Not every outdoor photographer is a rabid hunter or maintains a 100-yard archery and 3-D course on his thickly wooded property, but Kezar certainly isn’t your regular photographer. The well-traveled outdoorsman wouldn’t have it any other way, and some of his most-prized gear reflects his eclectic, Renaissance Man-like tastes.

“I have a custom hunting knife I’m real partial to, it’s made out of a railroad spike, by a skilled craftsman by the name of Scott Roush,” Kezar said. “I like it because that blade has some meaning: my dad was a railroad engineer for 45 years. I was doing a story on Scott and Big Rock Forge and he [got] this knife in process. He said it was just about to be a blade, and I got to finish it; he had it 90 percent complete, and I took it to a scalpel sharp [edge]—and that knife is scalpel sharp.”

Kezar said the knife has been with him—either on his belt or in his pack—on every hunt he’s made in the last 10 years, over which time it’s helped cut up “bunches” of game ranging from squirrels to elk to pronghorn, from ducks to geese to grouse and more. Much more.

“It’s just my ‘go-to’ tool,” Kezar continued. “It’s not light, but you want to have it with you because it simply won’t break, and I like that sort of stuff.”

Another Kezar favorite? His Stormy Kromer wool hunting hat. Actually, he has several. What makes him so loyal to them?

“They just fit my head, and they’re wool,” he says matter of factly. “My favorite is sort of a tan and brown, it’s getting kind of frumpy, but just like an old baseball cap, you’re going to wear it, and it’s going to get sad and worn and wonderful, and eventually it becomes you.”

Kezar’s favorite memory with it? A doozy of a whitetail bowhunt.

“It was a bowhunt along the Cheyenne River in South Dakota, and I was sitting on the ground, on my butt, and it was the hunt’s last day,” Kezar recalled. “Now, I’ve never been a trophy hunter, my typical goal is to simply bring home a nice bunch of meat, but here on the last day came this big round-nosed whitetailed doe, she showed up about 78 yards away. That doe rode with me home, but you have to remember, it ain’t bragging if you do it a lot.”

A memorable hunt indeed. But was it the Kromer that brought the good luck that day? Not so much, Kezar says.

“You have to remember, I do have a 100-yard archery course at home.”

So now it’s your turn. What favorite gear contributes to your hunting success?