Turkey Hunting: Use Sound Effects to Bring In Wary Gobblers

The other day, Mississippi callmaker Will Primos told me about a contrary gobbler he hunted on a property to which... 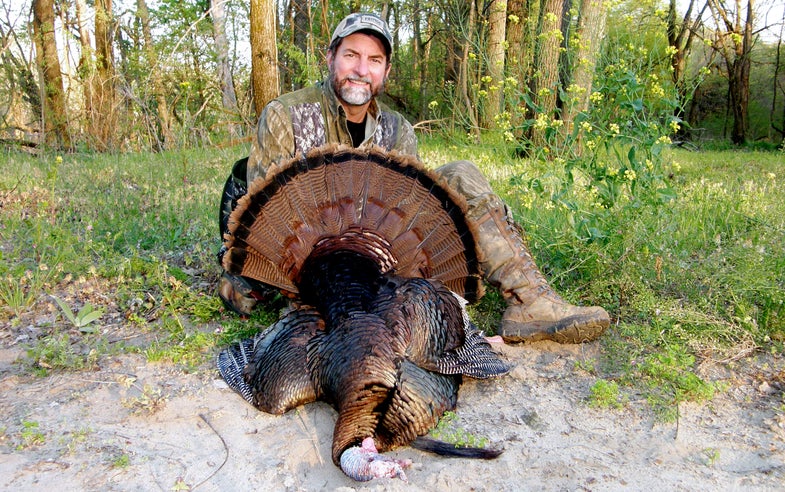 The other day, Mississippi callmaker Will Primos told me about a contrary gobbler he hunted on a property to which he was invited by a hunting club. The old gobbler roosted on a ridge not far off a gravel road, and each morning it would proclaim its dominance to any creature within earshot.

Various hunters had tried their skills against him without success. For all practical purposes, the only way to reach the stretch of hardwoods where the gobbler held court was via that gravel road. Typically, a hunter would drive his truck or ATV to the top of the ridgeline, get his gear, walk into the forest several yards and yelp. The gobbler might answer, and he might not, but he would never come to the call.

Will studied on this. In his mind, he pictured a gobbler roosting on a branch, listening to a vehicle coming up the ridge, stopping and then going silent. A few minutes later, the gobbler would hear what seemed to be a hen yelping in the vicinity of where the unnatural noise had originated. The takeaway for the turkey was that whatever it was that sounded like a hen, it wasn’t.

On the morning Will killed the gobbler, instead of driving, he walked up to the top of the ridge well before daylight. At the top, he paused to catch his breath and listen. The redbirds and crows started up, along with the occasional owl, and then the gobbler sent out his invitation to any hen in the area to come and visit. It was a ridge over from where Will stood, but not far.

Will walked down the ridge toward the gobbler, then up the side of the next big roundtop. He was careful not to make much sound; he took his time. At the appropriate moment, when he was more or less above the gobbler in elevation, but still well away and invisible to the bird on his limb, Will removed the dried end of a turkey wing from his pack. He slapped it back and forth against his leg several times in to emulate a hen leaving her roost. Will waited a few minutes, then moved on slowly. Every time he came to a sizeable pile of leaves, he pawed at it with his feet. At this point the inquisitive gobbler was sounding off at regular intervals and Will decided to sit down against a tree facing the source of the gobbles. 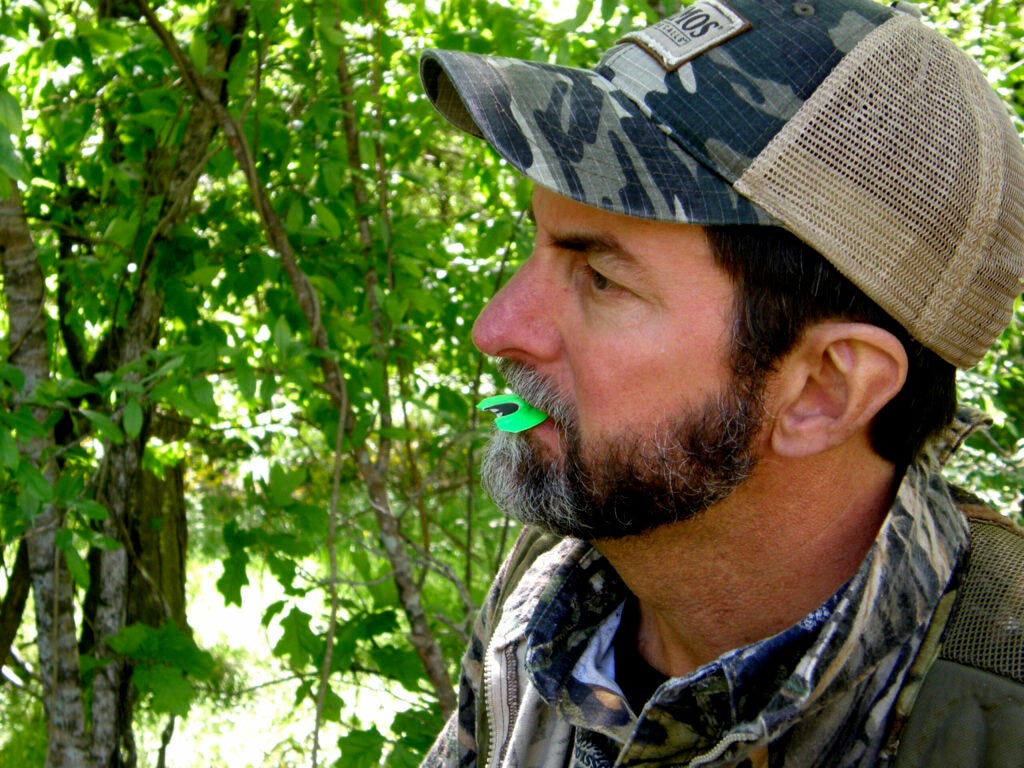 As Will Primos knows, there are numerous sounds that a turkey hunter can use that will help him bag his gobbler.

“By then the gobbler was gobbling his head off, but I never made a sound except for scratching the leaves,” recalls Primos. “All of a sudden I heard his wings and that joker lit on the branch of a hickory tree about 35 yards away. My gun was pointed at the wrong angle, so I couldn’t move without messing up. The gobbler was about 15 feet off the ground and looking. He was lovesick. Finally, he quit gobbling and just flew down. As he flew, I moved the gun around. When he hit, the last thing he saw was me.”

Before the sun topped the trees, Will was back at the camp having breakfast. He took an extraordinary approach to solve an extraordinary problem, and therein lies an important lesson. Turkey hunting is a nuanced business; a hunt doesn’t always evolve the way you might have imagined, and there are tricks that you can try to make it end the way you want.

Sound effects, such as scratching leaves as a foraging turkey might do, or mimicking flydown racket, should be part of your repertoire of skills. In a subtle but important sort of way, such natural sounds can assure a gobbler that all is well in his world and help you close the deal on a successful hunt.