Get Ultra-Close to the Roost on Late-Season Turkey Hunts

The goal: replace a roosted gobbler’s hens and call him in after he flies down 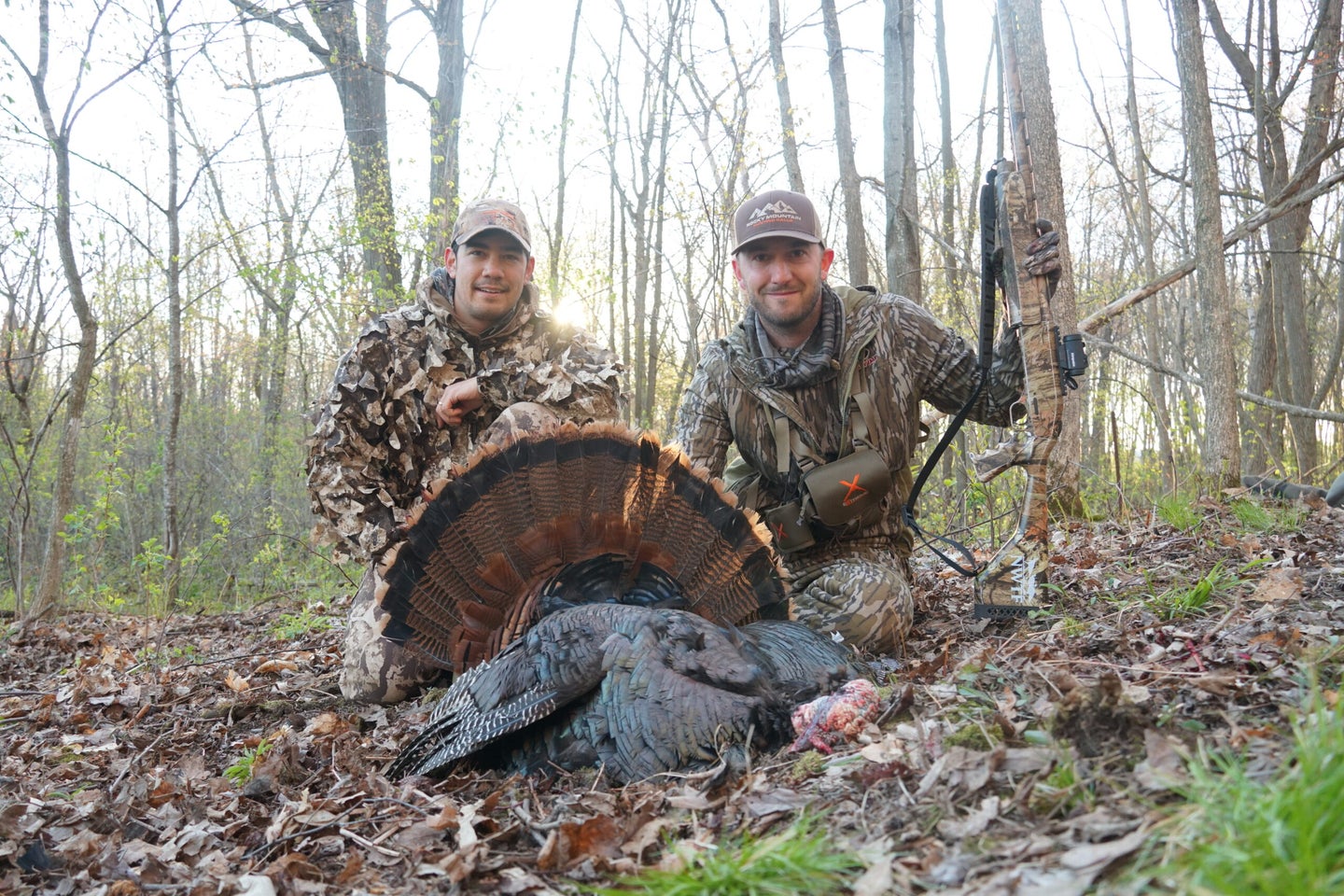 Getting in tight to the roost can be a killer tactic on late-season gobblers. Alex Robinson
SHARE

Time is running out on turkey season, so now is not the time to be cautious. Last week I hunted with Josh Dahlke, the vice president of content for HuntStand media (and a turkey maniac), on a property in western Wisconsin. In two days of hunting we were able to kill a fired-up gobbler with aggressive tactics.

The property we were on had already been hunted by three groups of guys before us. Most of these hunters preferred to set decoys out in a field and then wait in a blind from morning until afternoon, day after day. Some of those hunters punched their tags, others didn’t. But neither Dahlke nor I have that kind of patience when it comes to turkeys.

Our plan was to locate a gobbler on the roost and then get as close as possible (at least inside 100 yards) and then call him to the gun after he pitched down. The key to all of this is getting close enough to either bump off the tom’s hens (which are usually roosting nearby) or to get between the tom and his hens. To do this, we’d have to scout carefully. Of course this is a risky tactic, because if you get too close, your approach is too loud, or the timber is too open, you can easily spook the gobbler and end your morning setup before it even really starts.

But if you’re willing to take those risks, this is one of the most exciting ways to call in a henned-up gobbler late in the season. Turkeys might not be the most intelligent game species, but they’re not completely mindless either. At this point in the season, if a tom is with a flock of hens, he’ll know where they roost at night and where they will fly down in the morning. If you don’t intervene with their normal pattern, that gobbler will fly down, find his hens, and walk off, probably gobbling back at your calling the whole time, but never coming into range.

This is exactly what happened to Dahlke and I on the first morning of our hunt. We set up close to the gobbler, but he had hens farther down the ridge. He gobbled back to Dahlke’s calling, but we never actually saw him after he flew down. After awhile, he gathered up his hens and moseyed away in the opposite direction (we didn’t actually know this for certain because we never saw or heard the hens, but we had a pretty good idea).

That evening we scouted our gobbler in a field near his roost, and confirmed our hypothesis from the morning— the gobbler had a little flock of hens with him. We watched them leave the field and marked where we thought they roosted on HuntStand.

The next morning, we approached the tom from the opposite direction we tried on the first morning. Right at shooting light, we spooked his hens off their roost, but we didn’t really care. In fact, this worked to our advantage. We were now set up in the spot he expected his hens to be.

This time the gobbler came in to Dahlke’s calling and scratching, and he got off a quick shot through heavy cover.

There are a couple things to consider if you’re going to try this tactic. First, it’s essentially a do-or-die strategy. If you kick hens off a roost, they’re probably not going to come back to roost in that spot again the next night. So if you don’t kill your gobbler that morning, you’ll likely have to find another bird to hunt, or at the very least relocate him on a new roost.

Second, turkeys can see extremely well from their roosts, even in the twilight. On the upside, it is easier to get close late in the season, when there’s foliage on the trees to hide your movement. Use the predawn darkness, thick cover, and terrain features to hide your approach. Crawl if you have to. And be quiet. Don’t march through dry leaves like every other turkey hunter. Walk softly and stop often. Try to sound like a squirrel or a deer going through the woods.

Lastly, try to anticipate where the gobbler will pitch down to. Sure, sometimes turkeys will fly down from their roost right to a field. But that seems to happen more on hunting shows than in real life. In most cases, late-season gobblers will fly down to a flat or clearing in the timber. From there, they’ll get with their hens. You want to be close to his landing zone, and then call to him when he hits the ground. Sometimes tree yelping and soft calling to a gobbler on the limb is effective. But in this scenario, you’re imitating a hen on the ground. If you’ve made the right moves, the gobbler already expects a hen to be there. So get on him with some aggressive calling when he hits the ground. When he starts heading your way, get him to close the distance with some softer calling and scratching.

This is a high-risk, high-reward tactic and when it works, it is the most exciting way to finish off a long hard-hunted turkey season.