Why Willpower is the Most Important Asset of a Backcountry Hunter

Dall sheep season here in Alaska has been open for almost a week, which honestly feels like a month to... 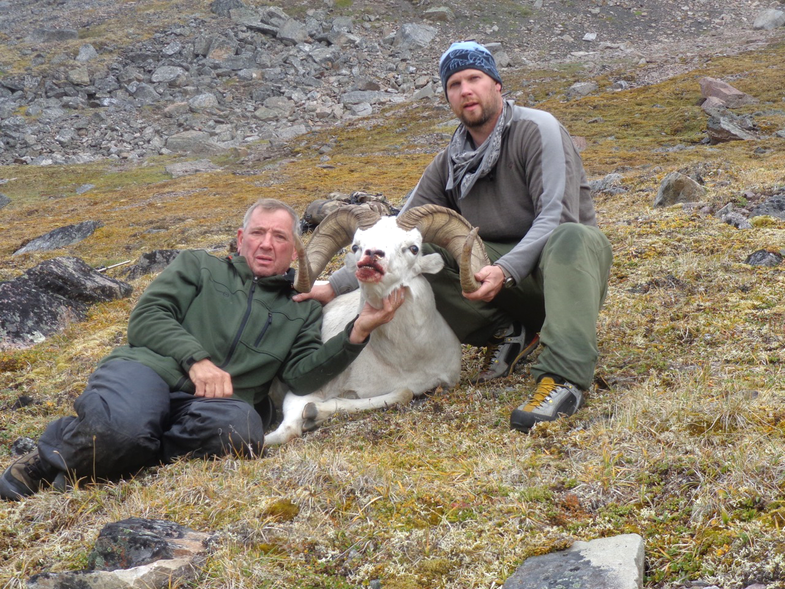 Dall sheep season here in Alaska has been open for almost a week, which honestly feels like a month to me. Having made plans to hunt later in the season, and watching many of my buddies bringing rams back, has me really chomping at the bit. I’m very happy for their success, but one example in particular is really inspiring to me. My buddy Mat Fuelling and his dad Dick (who have hunted sheep together since Mat was a kid) just returned from a DIY hunt with another beautiful ram. What’s so cool about that? Mat’s dad is 69 and still getting it done on hunts that break many a young man. It reminds me of one of the most important assets a hunter has. It’s not a piece of expensive gear, it’s not a fancy set of boots or hunting clothes, and it’s not even necessarily physical preparation. It’s the sheer power of will.

There are scores of hunters who take to the mountains and woods all over the country, only to come back empty-handed. It’s not a bad or shameful thing to not fill your tag; it’s obviously about much more than that, and often we learn as much and have just as memorable experiences on those hunts as the ones that ended up with a pack full of meat. However, if you want to be more successful in taking animals, never underestimate the power of your will.

Sheep hunting (and mountain hunting in general) is tough, make no bones about it. You will find yourself having to push beyond what you ever thought you could do. All summer long, I see the talk on social media in anticipation of the fall hunts, and every year a certain percentage of those return unsuccessful, often only a couple days into the season. Granted, sometimes stuff just doesn’t work out, and there are a million different reasons why, and I in no way want to shame anyone. What I will say is that there’s a certain percentage that just give up too quickly. I know this because I’ve done it a time or two, and many times been right on the brink. I’ve even seen guys that by all logical reasoning, would mop the floor with me, and leave me eating their dust, just give up, even with the animals they are after still in sight.

Those who consistently take game share the quality of willpower. They are the first ones out of the sack, always glassing, and simply put forth more effort. You would be surprised some frosty mornings on the mountain, how tough it is to simply unzip your warm sleeping bag. Sure, the excitement of opening morning usually does the trick, but when you’ve been trudging for days, the excitement wears off, and especially when things haven’t been working out, it can be a real battle.

When you’re faced with adversity (and you will be), how bad you want it is what really separates the men from the boys, so to speak. For every physically superior guy I’ve seen give up, I’ve seen folks that the former would laugh at refuse to give up, and end up earning their prize. You have to keep in mind the reason you are there. I have to remind myself of this from time to time, and just that has been enough for me to just push a little harder, climb one more mountain, and a few times, manage to have things work out at the 11th hour, and honestly, the hardest hunts have been the most personally rewarding. For some unfortunate folks, a filled tag is nothing more than bragging rights or a check on a list, but when you keep pushing yourself, even when you don’t think you can go another step, you will not only be more successful, but it will have a much greater meaning to you. And I’d say even if you don’t tag out, the experience will be that much more meaningful to you because of the effort—and willpower—you put into it.