The gun club I belong to is lucky to have the company of a couple of teenage sisters who have... 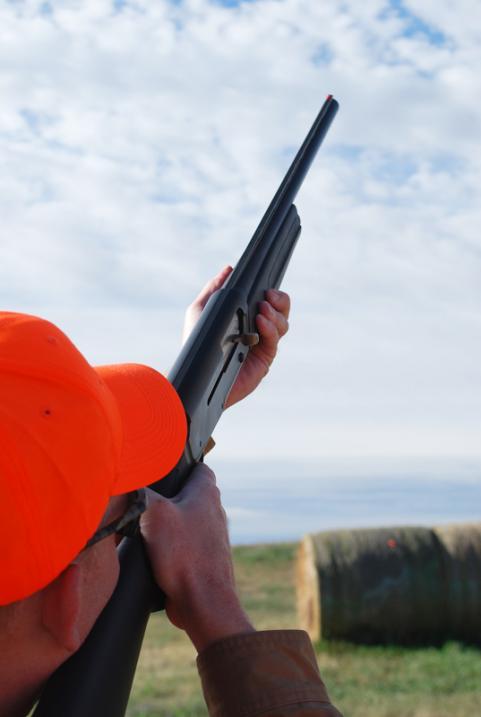 The gun club I belong to is lucky to have the company of a couple of teenage sisters who have expressed an interest in shooting competitive skeet. They’ll be attending their first state championship this year and providing the presence of two things our sport needs more of: young people and women. Both are in short supply, at least in my parts.

It’s interesting having new shooters around because they all seem to struggle with the same aspects of shooting when getting started. It never fails. Luckily, some are simple fixes. The rest require a lot of practice.

1. Improper foot and body position
Foot positioning is critical when shooting crossing targets because an improper stance can limit the body’s ability to rotate and make the shot. If you set up so your natural point of aim is pointing toward the clay thrower, you can easily run out room to swing and either push the gun away from your face or lean your body. Both are no-nos. The solution is to establish a break point and set up your feet to comfortably take the shot at that point. Once set, rotate the body back toward the trap. When the target is pulled, you should be able to rotate freely with your shoulders kept parallel to the ground.

2. Shooting late
Most new shooters can stand to be a little more aggressive, and they tend to let the target get too far away. This promotes aiming. In some cases, I think it’s the result of a lack of confidence, but mostly it’s because the target appears faster when it is closer and is hard to pick up. If you’re coaching, preach to them to focus hard on the target. Intense focus helps to “slow down” the target, which will allow them to shoot it sooner.

3. Aiming and not swinging
Those little beads on a shotgun barrel are not sights. Therefore, the gun cannot be aimed. A shotgun should be pointed, just like a finger. Wherever you look is where the gun should point. Avoid coaching lead and sight pictures. Instead teach “target focus,” “smooth move” and “be in front.” New shooters will see more targets break that way than trying to see the lead.

4. Lack of follow-through
Skeet shooting legend Wayne Mayes says the number one problem he sees in new shooters is that they don’t stay “in the gun” through the shot, meaning they don’t keep the gun married to the face and shoulder long enough. This is what causes those mystery misses where “everything looked right.” Mayes suggests overemphasizing the follow-through for an extra half-second, or until all the pieces of the target fall.

5. Shooting off the back foot
To counter the weight of the shotgun, beginners often lean back when they mount. But you can’t shoot off your back foot. To be in control of the target, you must be in control of the gun and lean into it. Keep more weight on your front leg, and use your entire body to rotate with the shot so that the shoulders stay parallel to the ground.

6. Unrealistic goals, pressure
Shooting should be—like golf and sex—something you don’t have to be good at to enjoy. Help new shooters set reasonable goals, and teach them to learn from their misses instead of fearing their misses. And above all, make them feel welcome with fist bumps or high fives when they make good shots. In the end, hit or miss, we want them to enjoy the time and come back for more.