If you’re wondering what the DuBiel Arms Company is, then you’re probably not alone. But in the 1970s this company...

If you’re wondering what the DuBiel Arms Company is, then you’re probably not alone. But in the 1970s this company created a new invention that went on to revolutionize centerfire bolt action technology in rifles.

They received a patent in 1979. It possessed both a receiver and bolt that have 4-5 locking lugs with equal spacing and width so as to produce maximum holding and restraining power. This 4-5 lug system would use a 36 degree bolt rotation, producing faster locking and cycling mechanisms.

The company history however only spans from 1977 to 1989. During that time only 129 rifles were produced, including two prototypes. While these rifles are considered scarce, the Cody Firearms Museum at the Buffalo Bill Center of the West houses 18 rifles, two prototypes, and all the production and archival records for the company. 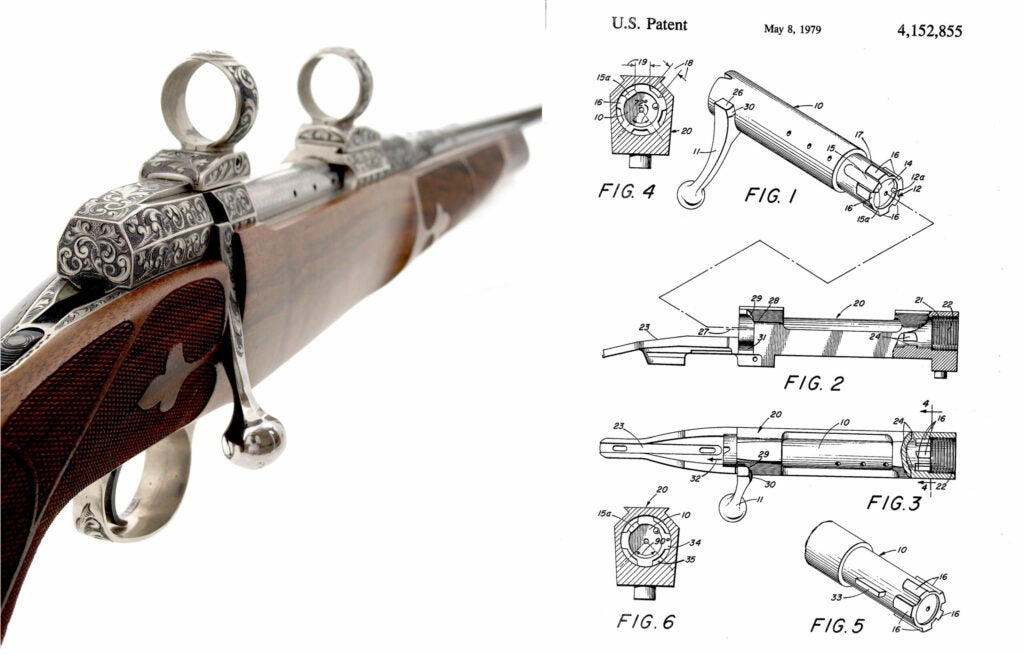 The Cody Firearms Museum is the repository for the Winchester, Marlin & LC Smith records, but it’s less well-known that we have records for more obscure companies. I love that we can completely tell the DuBiel Arms Company story using a combination of artifacts from the collection. Just because people don’t remember the company doesn’t mean it didn’t influence the industry, even if people aren’t outwardly aware.