Near season’s end, don’t get frustrated by educated birds and become a couch potato. From sizing down your spread to... 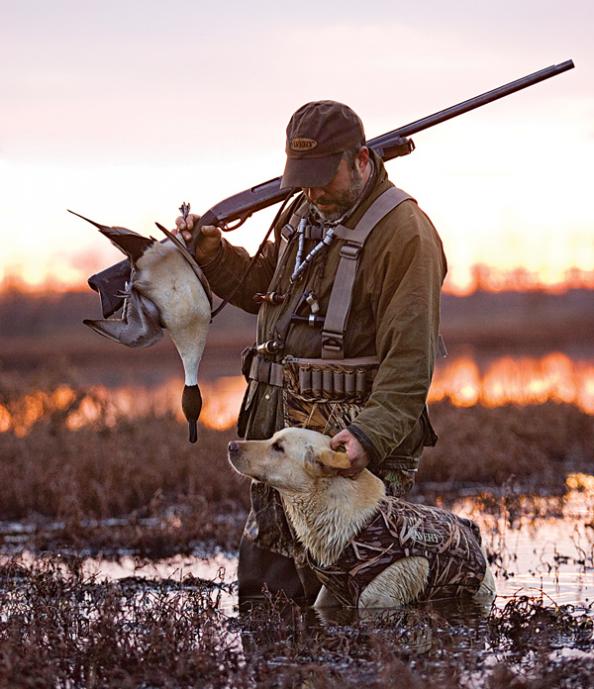 Near season’s end, don’t get frustrated by educated birds and become a couch potato. From sizing down your spread to changing up your calling, the last waterfowl of the season require your most alluring tactics.

1) Sleeper Therapy for Field Honkers
Champion caller Scott Threinen (moltgear.com) recommends using lots of sleeper shells–up to 70 percent of your spread. “Below 20 degrees, geese will go to sleep to conserve energy immediately upon landing in a field. After a half hour to two hours, they’ll get up and start feeding. To simulate a real flock, place sleepers on the downwind side of your spread to look like recently landed geese, with walkers and feeders upwind.”

2) Riffles and Greenheads
Guide Jason Randolph (wyobraskawaterfowl.com) hunts the North Platte River in western Nebraska, where below-freezing temperatures can make open water a precious commodity. His favorite late-season habitat? Shallow-water riffles, where ducks can loaf in water without fighting the current. “Mallards gather in large groups now, so use lots of floaters and full-body decoys.”

3) Rice Field Pair-Up
Arkansas rice fields can be tough places to kill hunter-wise mallards in mid-January, but Jim Ronquest of RNT-V (rntcalls.com) says success hinges on imitating the ducks’ changing behavior. “Pair bonding is extremely strong now, so set lots of decoys in pairs and singles. Unless you’re calling to a flock of juveniles, don’t call aggressively like you’re a hen trying to attract drakes. Mix up your calls with single quacks and feeding and lonesome calls. For more realism and to look different from other spreads, use lots of other species, like wigeon, teal, bluebills, and pintails.”

4) Northwest Lessers and Cacklers
Outfitter and call-maker Bill Saunders (billsaunderscalls.com) of Kennewick, Washington, says the smaller subspecies of Canadas might respond well to any Canada goose call early in the season, but later on you’ve got to match their cadence and pitch. “Use a high-pitched, scratchy-sounding call, then speed up your cadence with fast clucks and double clucks. A call tuned for honkers can’t imitate these smaller geese.”

5) Size It Down in Timber
To Kip Turner, manager of Greentree Hunting Club (greentreehunting club.com) in Desha County, Arkansas, January means changing from lots of water motion, decoy movement, and aggressive calling to the soft sell. “With mallards trying to pair up, they avoid the commotion of bigger spreads. They’ll light to the side of decoy spreads and avoid bigger holes. That’s when we’ll hunt over two pairs of decoys on a jerk cord in thicker cover and swim, not jerk, the decoys.”