Waterfowl Hunts: An Ode to the Ugly Ducks

North America boasts more than 30 species of ducks. That’s according to the biologists. Yet so many of these birds... 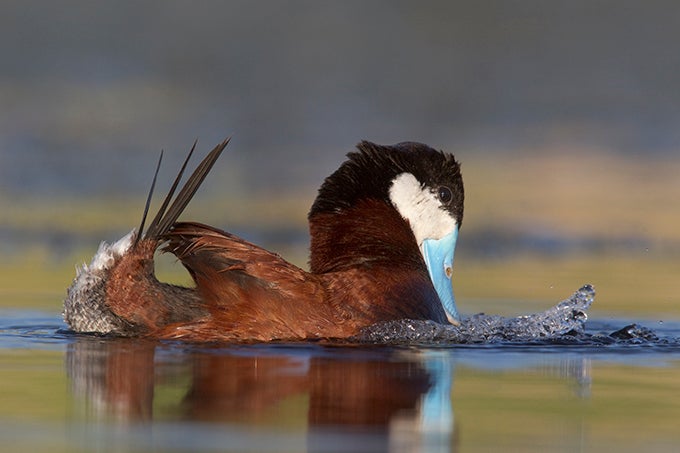 North America boasts more than 30 species of ducks. That’s according to the biologists. Yet so many of these birds are disregarded by self-anointed waterfowl sophisticates, who’ll tell you there are really only two ducks: mallards and pintails. The rest, they argue, aren’t worth wasting shells on.

What a shame. I contend the diversity of migratory fowl—and the ability to appreciate the unique splendor of each species—adds richness to the hunting experience. It also adds a lot more action for those of us who have an expansive view of what constitutes “good” birds. Here are some ducks that get little attention, and when they do, it’s often derisive. 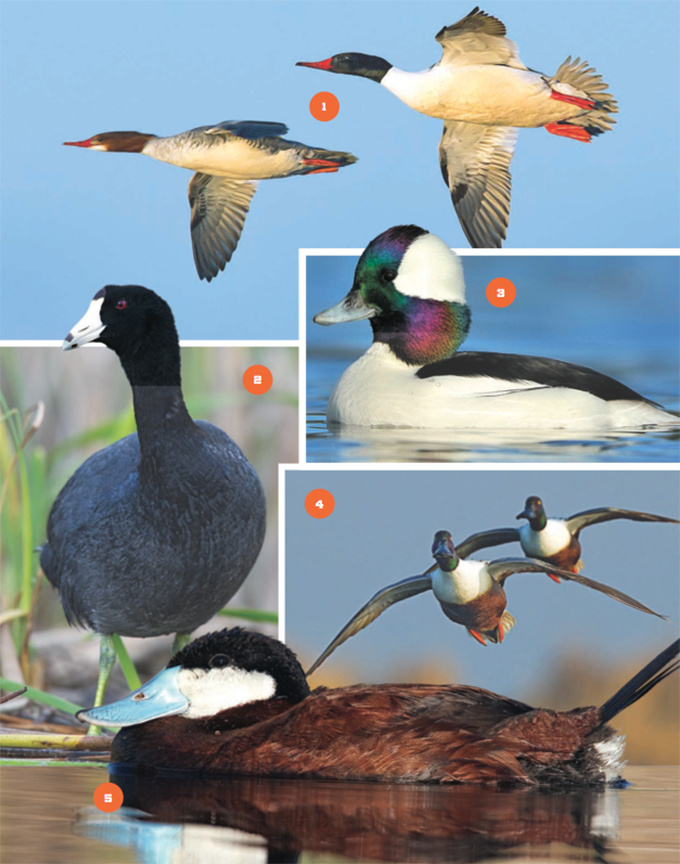 1. Merganser
Long swayed by peer pressure to pass on “sawbills,” it took finally shooting a common merganser (shown)—at the urging of a buddy with a young retriever—for me to fully appreciate them. Their size (3.5 pounds) and speed in flight make them an underrated challenge, and the beauty of their pure-white bellies and speculums warrants admiration.

The hooded merganser has a better PR man. Hunters covet the hoodie’s beautiful crown, though many decline to shoot more after they’ve got one for the wall.

Tactic: Hardy fish-eating common mergansers are fond of river systems and tend to be among the last migrators of the winter. Target hoodies amidst forested creeks and marshes or brackish bays, particularly in the Mississippi Flyway.

2. American Coot
I realize coots aren’t really ducks. More closely related to sandhill cranes and rails, they are common inhabitants of nearly any marsh. Coots might not offer the challenge of a mallard or a canvasback, but I include them to make two key points: The first is that they are everywhere and can salvage a birdless outing. Secondly, many hunters (including OL’s own Andrew McKean) cite coots’ poor palatability. I maintain they have an acquired, but by no means odious, flavor.

Tactic: Leave the deepwater end of your decoy spread slightly open. Unless you flare them, coots will often swim right into your blocks, taking wing reluctantly. Coots are found nationwide, and where you see a few, you’ll see hundreds.

3. Bufflehead
How I adore these round little 1-pound rockets. Derided for their readiness to decoy—as if unpressured scaup and other divers don’t behave similarly—buffleheads are among the most challenging ducks upon which to center a charge of shot, owing to their low angle of approach and their mid-air acrobatics. Add to that wonderfully adorned plumage—including a black head with purplish green iridescence and a white crest on late-season specimens—and you’ve got a duck anyone should be proud to take.

Tactic: Buffleheads are found almost anywhere along the coasts, and they decoy superbly to the black-on-white contrast of oversize blocks. They possess a dabbler’s ability to launch vertically from a swimming or loafing position.

4. Shoveler
Who could consider the drake northern shoveler, aka spoonbill, anything shy of gorgeous? Though occasionally referred to as a “smiling mallard,” given the upward turn of its freakishly large, utensil-like bill, it’s closely related to two ducks of great prestige: the bluewing and cinnamon teal. Like those cousins, the spoonbill’s wings sport lovely blue shoulder patches and speculum feathers of brilliant green. Its other commonality with teal: I’ll shoot a nice drake every chance I get.

Tactic: Because shovelers grub for food in shallow water, set up in likely feeding areas: weedy bulrush bays and around algae beds that feature aquatic crustaceans. Common in the Central Flyway, coastal Louisiana is a shoveler hotbed.

5. Ruddy Duck
Though drab in color for essentially the entire hunting season, a late-season ruddy duck is among my most-­desired trophies. Those white cheeks, rusty-brown backs, fanned tails, and sky-blue bills ought to be spoken of in reverential tones. It’s also a delicious bird, covered in a thick layer of delectable fat, which earned it the nickname “butterball” during the market gunning period a century ago. Back then, it fetched a dollar per bird—the same as a mallard and twice as much as a pintail.