Our 4 Favorite Deer Hunting Guns of All Time

At Outdoor Life, we take our deer hunting seriously, and each of the editors has a trusted go-to gun. Here... 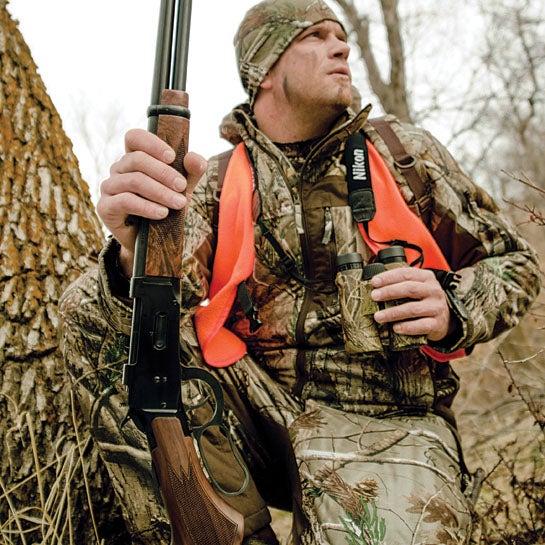 At Outdoor Life, we take our deer hunting seriously, and each of the editors has a trusted go-to gun. Here are the four favorites we’ll be taking into the woods this fall.

When the gunmakers in Remington’s Custom Shop apply their decades of skill to the unformed clay of a 700 action and add to it their meticulously crafted barrels and expertly fitted stocks the results are breathtaking. My Alaskan Wilderness Rifle II in .280 Rem. is the gun I pick up more than any other for deer. This firearm is no showpiece. It is a hard-working gun capable of handling the roughest hunting conditions—and mine carries the battle scars to prove it. Not only is it durable, it shoots like a laser, and the action is as smooth as freshly Zambonied ice. ($3,503; remingtoncustom.com) —Shooting Editor John B. Snow

My father introduced me to the simple, strong Ruger No 1. I don’t know if this rifle makes me a better deer hunter, but the elegant single-shot—chambered in .25/06—helps me look the part. This classic American rifle, with its hammerless falling-block action, lustrous underlever control, and straight-grain stock, is to me the perfect marriage of form and function in a sporting rifle. It has never been my most accurate rifle, but its reliability, looks, and the imperative it teaches—to make your first shot count—made the No. 1 a natural choice when it came time to buy my son’s first deer rifle. ($1,349; ruger.com) —Hunting Editor A__ndrew McKean

New York allowed rifles to be used in Madison County during the firearms deer season for the first time a few years ago. But for me, old habits die hard, which is why I still hunt whitetails up home with my very first deer gun—the 11-87 Premier. (The Sportsman Synthetic Deer model is pictured here, as Remington no longer offers the Premier.) Its 21-inch rifled barrel facilitates easy carrying through thick understory, the open sights allow for quick target acquisition, and the reliable auto-loading action makes follow-up shots a cinch when needed. ($929; remington.com) —Executive Editor John Taranto

I killed my first whitetail looking down the iron sights of a Savage 99, which is known for its hammerless lever action and rotary box magazine. The 99’s perfect balance and handling, along with its accurate shooting, made it a sweetheart among Eastern and Midwestern deer hunters for the century that it was in production. If you were a well-to-do hunter in the early 1900s, this was the gun to carry. And even though Savage stopped making these rifles in 1999, to this day you’ll still find them slung over shoulders in any deer drive from Arkansas to Maine. (From about $700; gunsinternational.com) —Online Editor A__lex Robinson