It’s an election year, for better or worse. It’s that weird time when we get to see who in the... 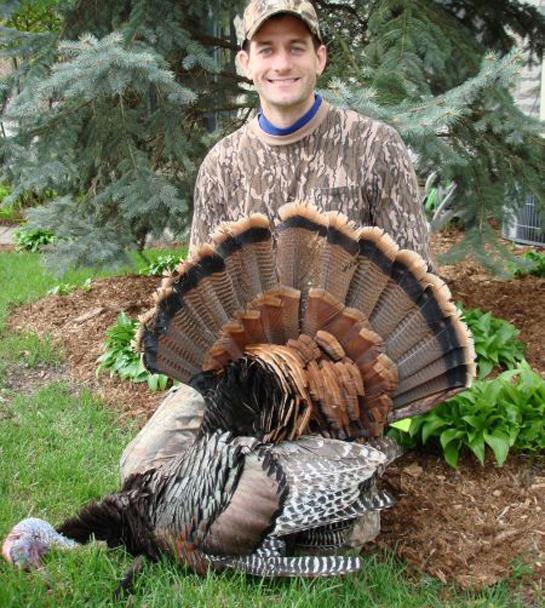 It’s an election year, for better or worse. It’s that weird time when we get to see who in the political world wants to pander to hunters and anglers. We’ve seen the photos of Eastern dudes who just walked out of a L.L. Bean catalog and have clearly never had their hands in a gut pile. We’ve been subjugated to a litany of inane comments about moose (or was it elk?) hunting. Both parties do it. It’s standard operating procedure. Grab a staffer’s father’s shotgun, and take a walk in the woods with cameras for company. For most politicians, it’s a seasonal stunt.

But something different happened with the selection of Congressman Paul Ryan as Mitt Romney’s running mate. Ryan’s an avid bowhunter and fisherman. He’s the kind of guy you would enjoy sitting beside in a duck blind. He’s articulate, young, passionate, and active. He’s been a champion of gun rights, a past chair of the Congressional Sportsmen’s Caucus, and is beloved in the archery industry for his bill to cap excise taxes on individual arrow shafts. To be sure, he looks the part. He looks like one of us.

Ryan says that he hunts on his farm, over food plots and from a stand. That’s great, and I certainly have spent a lot of fall evenings waiting for the whitetail to come in and feed. It’s no backcountry camp during the elk rut on public land, but I get the feeling Ryan would be at home on a high ridge in the West as he is in a Midwestern woodlot.

But Ryan’s record on public lands and access leaves much to be desired.

If you hunt or fish on public lands, volunteer for your local conservation group, or simply value the resource that Theodore Roosevelt left for all of us, that should concern you. Ryan’s “Path to Prosperity” budget resolution called for the selling off of public lands. Lots of it. That hurts blue-collar hunters like you and me. Without public lands, there’s a hell of a lot less public hunting.

His proposal would starve our public-land agencies of funding until they sell off land just to stay afloat. That is shortsighted politics when it comes to wildlife management and hunter opportunity. Can you imagine what would happen if the Kaibab was auctioned off? What about the Roan Plateau in Colorado, or my slice of heaven here in Montana, the Rocky Mountain Front? Why would we sell off these assets, when we know that they are generators of income for many small businesses and families?

A good friend of mine in the firearms industry speaks of public lands much like he speaks of his flagship line of guns. “Protect your core competency,“ he says. Public Lands are the core competency of the hunting industry. If they want to continue to sell large numbers of guns, bows, clothing, and gear, you need to have a lot of hunters. In order to have a lot of hunters, you need to have a lot of places for hunters to go hunt. Eliminate the public lands, and you eliminate the hunter. Restrict that access and you restrict a growing industry. It’s awfully simple.

Accessible public lands are the great equalizer when it comes to ensuring our rights to hunt and fish. Without those public lands, the average American doesn’t have access to the critters that we hold in trust. We don’t have the opportunities afforded to those better-heeled hunters with their own private paradise. These lands are more than numbers on a spreadsheet, to be added and subtracted like commodities and political trading cards. These lands are our birthright, and they provide for our families.

Congressman Ryan, if you get to Montana, give me a call. There are still some over the counter Deer/Elk Combo tags. Pick one up and I’d be happy to show you a little roadless area I know where the elk like to live. Perhaps then you’ll see firsthand why so many of us are passionate about our public lands and our public wildlife.