To Keep 6,300 Acres from Being Sold to a Private Buyer, Should We Pay for Public Land We Already Own?

The sale of a publicly-accessible parcel in Arkansas was averted, but the future of the public property remains uncertain 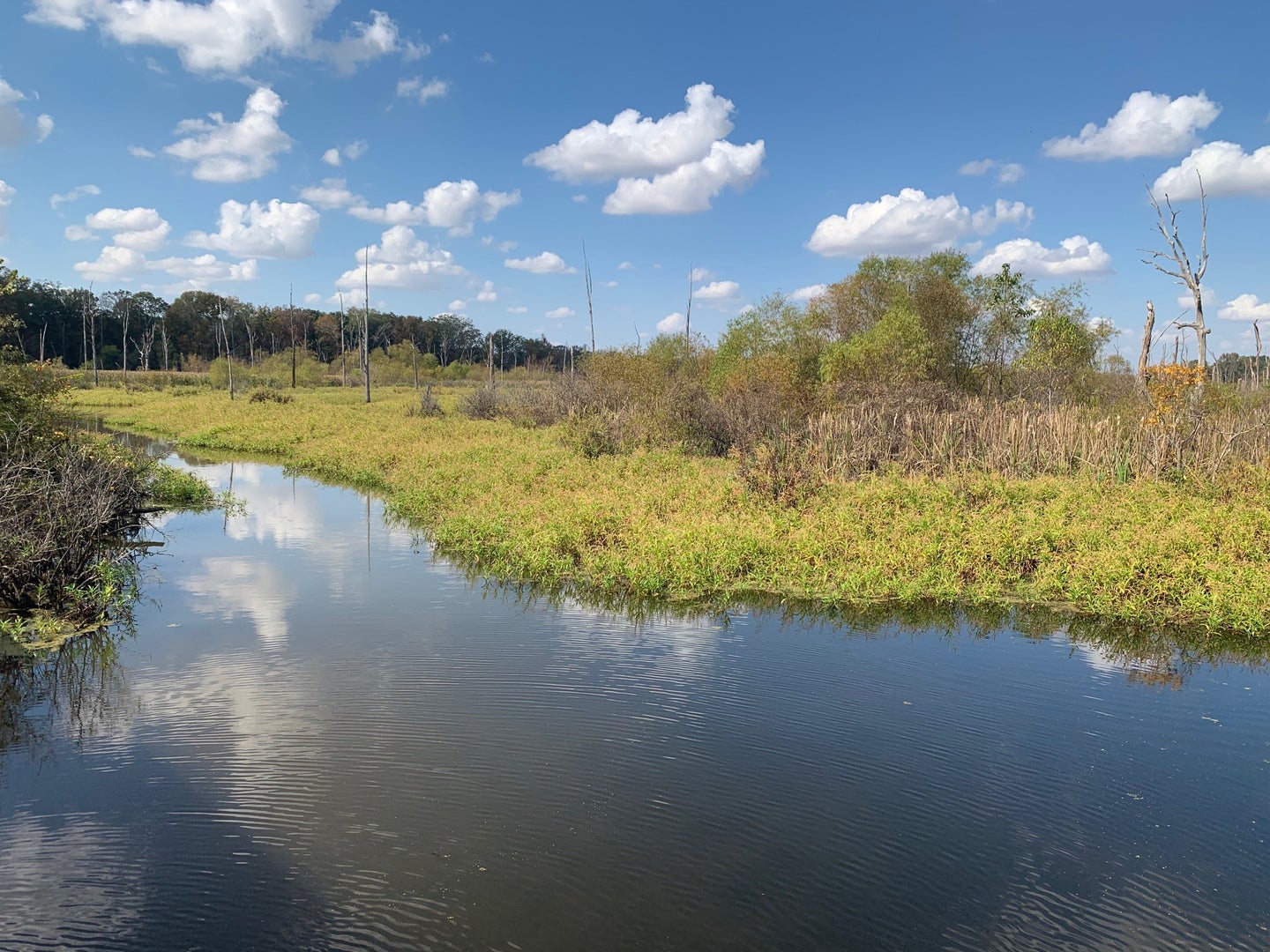 Local hunters and anglers rely on Pine Tree Research Station for access to public ground in their area. Most of Arkansas' three million acres of public land lies on the opposite side of the state. Courtesy Arkansas Backcountry Hunters and Anglers
SHARE

This month, Arkansas hunters, anglers, public-land advocates, and lawmakers successfully stopped the sale of 6,300 acres of publicly accessible hunting and fishing property in Arkansas. For now, anyway. The private buyer in question stepped away from the sale of Pine Tree Research Station in the northeast corner of the state—a decisive win for hunters and anglers.

But that doesn’t mean the future of the well-used public parcel is resolved. Blocking this particular transaction is only the first step in what appears to be a much longer process of determining the property’s long-term fate.

As I’ve written about previously, in July 2020 Arkansas resident Michael Burns accidentally learned of efforts by the University of Arkansas Division of Agriculture to sell a portion of their Pine Tree Research Station to a private buyer. Burns and many other residents rely on the Pine Tree Research Station WDA for public hunting and fishing access. These local users were the first to raise the alarm by posting about it on social media, contacting state and federal legislators, and reaching out to access organizations such as Backcountry Hunters and Anglers for help.

The land in question was acquired by the federal government via a Depression-era law known as the Bankhead Jones Farm Tenant Act of 1937. During the Depression, more than 70 families in the area sold their degraded farmland to the government for a chance at a fresh start. Some of them remained and helped with the restoration process, but many moved away and never returned.

Related: This Proposed Sale of Public Land in Arkansas Is All Too Common for Hunters Everywhere

Those who remained believed the properties, which now make up Pine Tree, would always stay in the public domain. This is because the Bankhead Jones Act includes provisions to ensure that the lands acquired through its use do not ultimately end up being used for commercial or industrial purposes. The University was able to purchase the property for $560,000 in 1960. The final payment was made to the U.S. Forest Service in 1978 and the University was then provided a restricted deed which stated if the land ever ceased to be used for public purposes, ownership would revert to the Forest Service.

The only way the University could sell the land to a private party would be to work with federal legislators to pass an amendment to the Act. While the University believed it had precedent and authority to request such an amendment at the federal level, state legislators—again, thanks to calls from concerned sportsmen and women—took action to prevent a sale.

In March, two bills were filed in the Arkansas General Assembly. House Bill 1694 and Senate Bill 447 both contained identical language prohibiting a sale of any of the Pine Tree property to a private entity and requiring land not used for agricultural research to remain open to the public for outdoor recreation. Senate Bill 447 also included an unfunded $16.5 million appropriation for the Division of Agriculture, which could be funded in the event of a budget surplus (more on this $16.5 million in a minute).

Both bills passed the General Assembly with overwhelming majorities and were signed into law in early April. But the University persisted in keeping the sale contract alive.  Finally, on June 15, the University announced it had reached a mutual agreement with the buyer to terminate the sale of Pine Tree Research Station.

No Easy Solutions to a Difficult Public-Land Problem

Advocates were relieved at the reprieve, but we remain concerned about the future of the property.  Over the many months that Pine Tree’s sale remained in limbo, maintenance of public areas languished.  Trash accumulated. Potholes and wash outs developed in the roads. Beaver activity went unchecked and water flows were impacted. The University’s Division of Agriculture owned Pine Tree during this time, but the institution sure didn’t act like it. Users of the property didn’t—and still don’t—know whose responsibility it was to maintain the land, and their frustration grew. Many locals have taken it upon themselves to maintain Pine Tree.

While working to stop the sale, advocates learned that Pine Tree Research Station may contain areas of ecological importance. Records dating back to the 1980s indicate rare species of concern may exist at the property, including varieties of orchid and sedge, and several bats. This is an inconvenient fact for a parcel dedicated to agricultural research. More recently, preliminary research suggests Pine Tree holds stands of select oak and hickory species that are becoming increasingly rare as the Mississippi Delta is developed. Pine Tree contains marsh and upland areas which are increasingly hard to find.

In trying to make the case for a sale, the University system president Donald Bobbitt testified to the Legislature’s Joint Budget Committee on March 23, saying, “You must understand the [University’s] Division of Agriculture is not a wildlife management agency.” While under their care, Pine Tree’s current state certainly reflects this reality, as their neglect allows vital habitat and routine maintenance to deteriorate.

So, having stopped this sale, where do advocates for keeping Pine Tree public turn next? State law now mandates that the property remain in public ownership and open to public recreation. There are several ways this might happen. Every option is messy. With the way the University handled the entire situation, few are interested in helping them save face. Yet the institution’s budgetary needs remain.

At a minimum, the status quo can continue. The University will own of the land and Arkansas Game and Fish Commission will manage the public access. But after the great lengths the University went to as it attempted to sell the property, the public no longer trusts it as partner in the management of a public asset. Conservation groups just want Pine Tree out of the University’s hands and under the control of an entity that will care for it, and possibly even develop it for even greater recreational value.

I have spoken to some lawmakers who point out confusing but meaningful language from one of those laws passed this spring. If Arkansas ends fiscal year 2022 in a budget surplus, the state could provide up to $16.5 million to the University’s Division of Agriculture for the rice research center the University hoped to fund with the sale of Pine Tree. Lawmakers are still waiting to see what happens in the meantime, but insist any appropriation will be contingent upon the University turning the Pine Tree property over to another state agency.

State lawmakers can’t force the University to transfer the self-identified “surplus property” to another state agency. Still, the legislature has the power of the purse and could make life difficult for the University. Negotiations that would compel the University to exchange Pine Tree for needed funds could cause more hurt feelings and deal an embarrassing blow to the state’s flagship college.

And so, a clear path forward with winners on all sides has yet to emerge. The people have already paid for Pine Tree once, when it was purchased via the Bankhead Jones Farm Tenant Act. And many are now asking why they should have to pay for it again in the form of a budgetary appropriation from the state of Arkansas.

The Pine Tree saga offers a cautionary tale for idealistic conservationists. The full story of a successful hunt can never be captured in a single grip and grin, and conservation success stories are rarely as easy or as tidy as the carefully staged photo ops and speeches made by politicians at the ribbon cutting ceremony. Behind the scenes there are punches and counterattacks, grudges to be held or hatchets to be buried. When outdoorsmen and women roll up their sleeves and dig into what seems like a simple issue—saving Pine Tree Research Station—we find a lot of politics. True conservation success demands both flexibility and tenacity, and the wisdom to know when each is warranted.

We are all now asking, and struggling to answer, whether taxpayers should pay a premium for property that was already public to ensure it won’t be mismanaged. Doing so may set a dangerous precedent for future public-land battles. But it may be the only way to protect the unique habitat and accessible land that’s so important to wildlife, hunters, and angler who rely on it. It’s fair to ask ourselves if we need to put our money where our mouths are. It’s also important to remember that no matter who owns the property, it will cost still more to manage it.

But even as the future of Pine Tree remains uncertain, I’ll allow myself to inventory the success we’ve had so far. Outdoorsmen and women of the Natural State fought back against the University’s stubborn and secretive decision to try to sell public property to a private entity. While public-land users in other states were fighting their own wildlife and public access battles, somehow Arkansans managed to win one for the average citizen.

James Brandenburg lives in Arkansas and is the Chair of the Arkansas Chapter of Backcountry Hunters and Anglers, which played a key role in preventing the sale of Pine Tree Research Station. You can follow Brandenburg on Instagram @skillet283.