The Humane Society of the United States is a veritable ATM of anti-hunting cash. Michigan hunters, however, are on the... 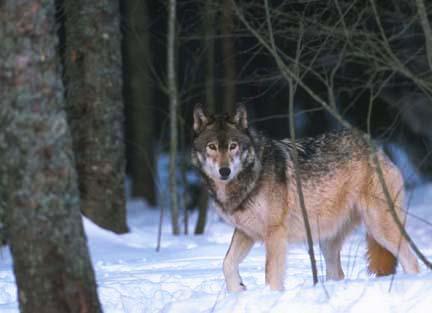 The Humane Society of the United States is a veritable ATM of anti-hunting cash.

Michigan hunters, however, are on the verge of proving that all that HSUS cash still can’t buy you love. Or the ability to strip us of our hunting rights.

According to the Federal 990 reports to the Internal Revenue Service, the Humane Society of the United States stockpiled nearly $523 million in donor support from 2007-2011.

With that cash in hand, HSUS has been attacking the rights of hunters and anglers across the nation.

As a Washington-based lobby group, HSUS understands how political games are played. It understands that ballot initiatives are the very best route to achieve its goals.

Why? Simple. Money wins. Here’s how it works…{C}

The Money Game
First, HSUS will identify an area of vulnerability. Usually, this comes in the form of a newly-created hunting season or the hunting of a new species that hunters have not yet developed an allegiance to.

It then follows up by creating a “citizen’s” group that includes the name of the state in it to make it appear as if local residents are the ones behind the actions. HSUS will seek out local “hunters” willing to speak out against the hunting of the new species.

Then it spends money. The group will flood the airwaves and mailboxes with propaganda that contains very little truth. As an example, during a fight over dove hunting in Michigan a few years ago, HSUS spent millions on TV ads that made the following claims: No one hunts doves. Hunters don’t eat the doves that they kill.

The above formula is the precise path the group is taking in Maine where HSUS is funding a front called “Mainers for Fair Bear Hunting.”

Despite the home-grown title, the group’s mandatory campaign finance reports show that of the $85,000 reported in the group’s 2013 report, all but $881 of that came directly from Washington-based HSUS.

It’s the same story in my home state of Michigan.

A group labeled “Keep Michigan Wolves Protected” is attempting to repeal a law that designates wolves as a game animal and created the state’s first regulated wolf hunting season.

The Keep Michigan Wolves Protected group also touts itself as a Michigan-based organization.

Campaign finance reports clearly prove that it’s anything but. Of the half-million raised by the group in 2013, $260,000 came directly from HSUS and another $200,000 came from another Washington-based animal rights group, the Doris Day Animal League.

Fighting Back
But there is something afoot in Michigan that HSUS clearly has not accounted for. A movement that no amount of money can defeat: Hunters are standing up for their rights.

Michigan’s hunting community has already handed HSUS a stinging defeat on the wolf issue. After the state’s legislature named wolves a game species and opened the door for a hunting season, HSUS announced it would run a ballot referendum to overturn it. The group spent some $300,000 to pay for signatures in Detroit and other urban areas of southern Michigan (where no wolves live) to put the issue on the ballot.

The group was already notching it up as another victory at the polls.

But a group of hunters and conservation organizations, opted not to play the cash game. Instead, they played smart and worked with the state legislature to pass a second bill that allows the state’s Natural Resource Commission to share authority with the legislature in the naming of game species.

This coup rendered HSUS’ initial ballot referendum null and void.
HSUS’ response? It filed yet another petition for a ballot referendum and once again stacked cash and collected signatures, convinced that it had the funding to win.

But it seems the group has once again been outfoxed.

The Final Blow
Earlier this week, the Michigan Board of Canvassers approved petition language for the Scientific Fish and Wildlife Conservation Act as part of a citizen-initiated law.

This effort, which is being spearheaded by a newly-created committee called the “Citizens For Professional Wildlife Management,” requires the group to collect 258,000 signatures in 180 days.

If successful, the law would be presented to the legislature for approval.
The law would maintain the Natural Resources Commission’s authority to designate game species using sound science, maintain free hunting and fishing license for active military members, and appropriate $1 million for rapid response measures in the event that invasive Asian carp are confirmed in Michigan’s Great Lakes waters.

If approved by the legislature, HSUS would finally lose the wolf battle in Michigan.

As proposed, the citizen-initiated law is not subject to ballot referendum and no amount of HSUS money could change that.

Michigan is just a few hundred thousand signatures away from delivering a final blow to HSUS.

And, it will be a blow delivered not by cash but by the stroke of the pen and the conviction of Michigan’s hunting community.