Four years ago, we were driving through some country roads outside of Craig, Colorado, scouting for elk. Using our Colorado... 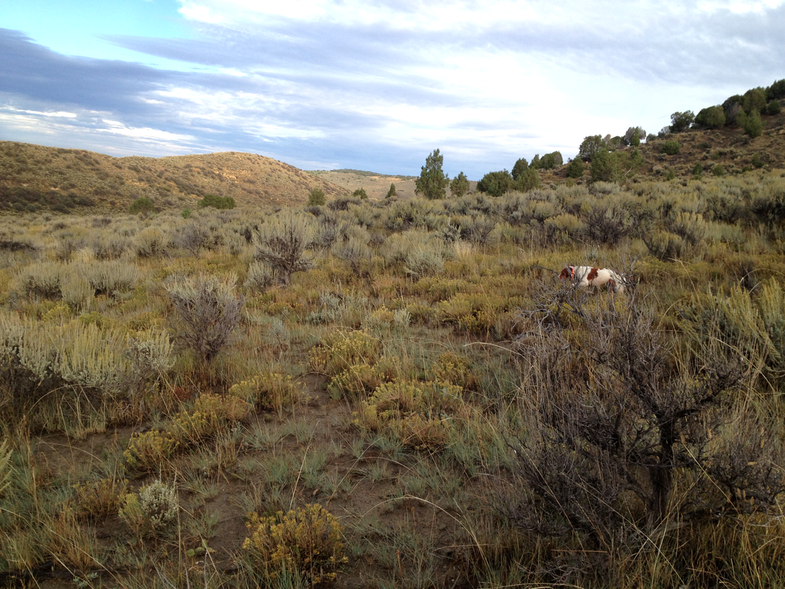 Four years ago, we were driving through some country roads outside of Craig, Colorado, scouting for elk. Using our Colorado Atlas, we found a block of BLM land and let our bird dog out to stretch her legs. Within a hundred yards of the car, she flushed a covey of sage grouse. We were a week out of the season and weren’t prepared for grouse hunting, so we inked a big star on the map where the grouse flushed.

Driving a little farther down the road, we chanced upon a beautiful hillside with a perfect mix of perennial grasses, sagebrush, serviceberry, and other shrubs. Our map confirmed that this was a state-trust land parcel, and just up the road we found the property sign that showed this area was open to hunting for sharp-tailed grouse. In this part of the state, these are the uncommon Columbian or mountain sharptails. We had found a honey hole, and another star was added to the map.

The next year we were prepared. We did some more background research on this area for grouse, timed a trip that coincided with the sage and sharp-tailed grouse seasons, and headed back with our shotguns and bird dog ready to go. We started on that starred state-trust parcel – and immediately flushed eight sage grouse. Of course, they weren’t shootable in this sharptail-only area, but clearly this was good habitat. Later in the weekend we worked higher into the shrubby nooks on this property and managed to shoot a limit of sharptails. It was hard hunting but very fun; we saw a handful of other trucks but didn’t cross paths with other hunters. 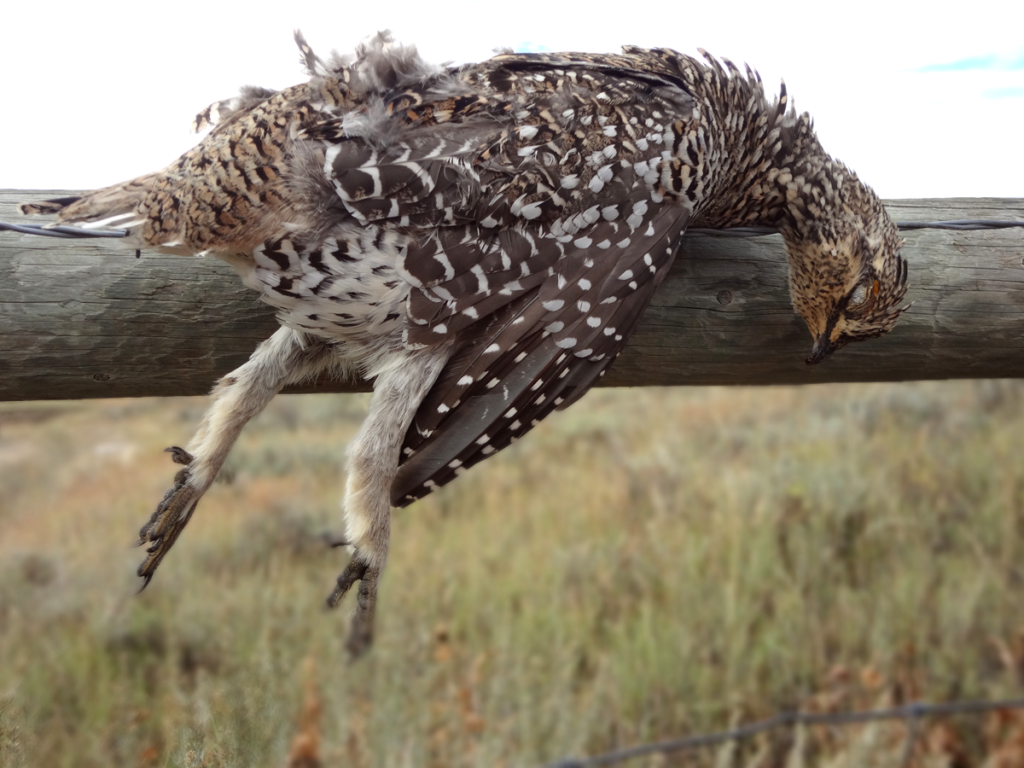 As time went on, more hunters made their way to this area and changes to the state-trust boundary eliminated the parking area. We were frustrated but looked on the map again and noticed that there were a number of other state-trust parcels within just a short drive. Not ready to switch up the hunting that year, we decided to scout for potential future destinations after we filled our limits. As we drove along, I’d point out when we should be getting to a state-trust boundary. But there was no hunting-access sign. We drove further to another state-trust area, one with what looked like thousands of acres of good habitat, and again, no sign.

COLORADO’S PUBLIC-LAND SECRET
We had stumbled on the quiet little secret of this state-owned property – Colorado retains around 3 million acres that were deeded to the state in its infancy, yet only 480,000 acres (about 16 percent) of these public lands are actually open for public hunting and fishing. In fact, Colorado state-trust lands are statutorily closed to the public for any purpose without a specific lease or permit. As a result, 84 percent of the remaining state-trust acres are leased to the highest bidder; often for oil and gas, agriculture or mineral development, but some of these lands are actually leased for private recreational use. This leaves a lot of state-owned lands with first-rate hunting and fishing available only to those who can shell out the money for their own little piece of hunting heaven.

In the mid ’90s, Colorado Parks and Wildlife (CPW) worked out a lease agreement with the state land board through the Public Access Program to secure recreational access for a discounted lease rate to many of these trust lands. These are the areas you’ll find on the CPW Hunting Atlas or listed in their public access brochure. The grand plan when the lease agreement first came out was to permit public recreational use on approximately half of the state trust lands, totaling about 1.5 million acres. A dozen years later, less than one-third of those acres are open for public hunting and fishing.

Colorado is not the only state with state-trust lands, and there are many different ways to manage access to those lands. Most state land boards are required to use the lands to generate revenue for the state treasury. Some states, like Arizona and Montana, have developed a permitting system that continues to bring revenues into the state for broad recreational access at nominal prices to the user. Other states, like Idaho and Wyoming, consider state trust lands open to the public at no charge to the user as a “privilege,” with recognition that conflicts over use could lead to recreational closures, but that has only rarely happened. 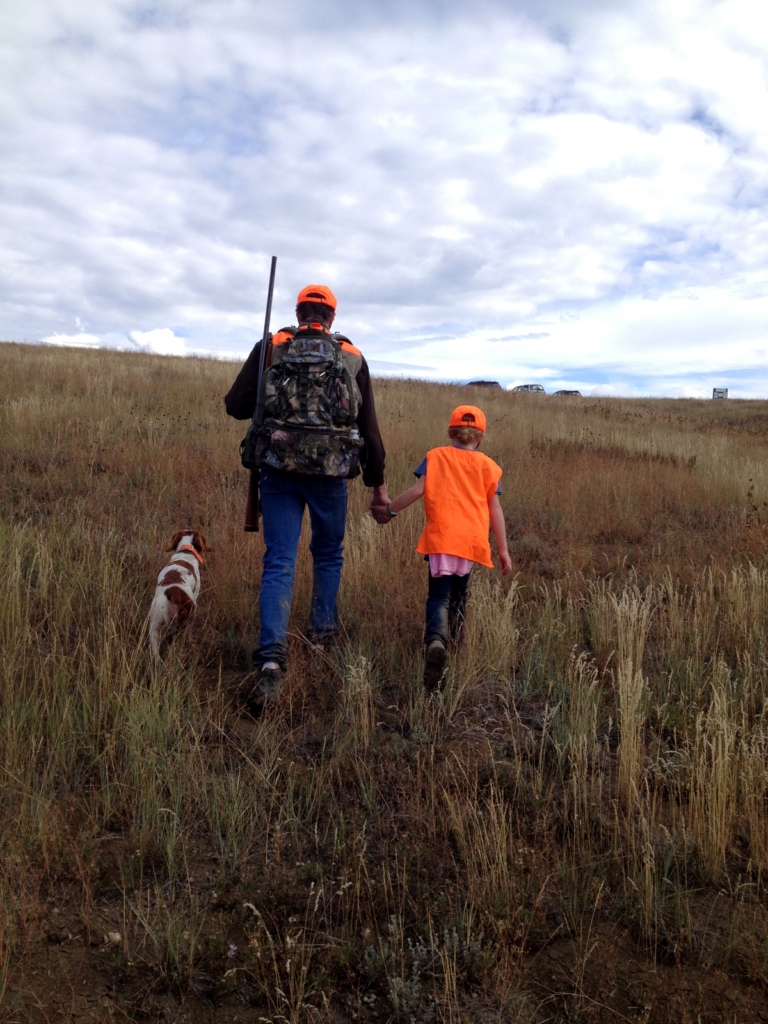 The trend of recent years appears to be that efforts to offer public access for hunting and fishing on state lands comes with a steeper price tag. In New Mexico, the state land board just strong-armed the game commission into paying $1 million for a one-year lease for access to state lands, five times the $200,000 cost for the previous annual lease.

Sportsmen need to begin paying more attention and working to support their existing access to state trust lands, and in states like Colorado they can work to improve recreational access. Backcountry Hunters and Anglers has started a petition to raise awareness of the issue and to encourage the Colorado General Assembly to help expand access to state trust lands when the session starts back up next year. If you’re a public lands hunter, like I am, you’ll want to help the cause.