I have written my share of hunting stories over the years, but never one quite like this: The Idaho Department... 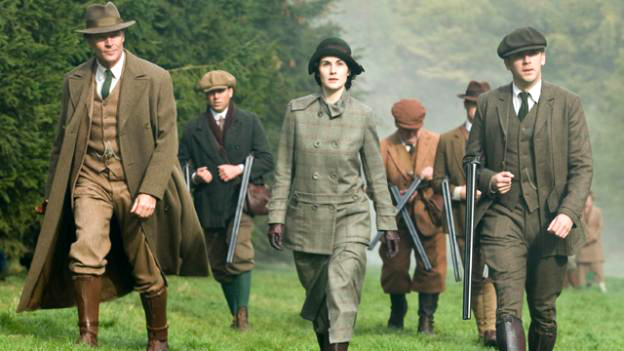 I have written my share of hunting stories over the years, but never one quite like this: The Idaho Department of Lands has been approached by an entity looking to secure an exclusive hunting lease on public land—and the hunters are expressly prohibited from dressing like a commoner.

In what may be the first collision of British-style aristocratic culture and Idaho’s sagebrush desert, the state will decide which is in the public’s interest: exclusive leasing of public land or the continued public access to an underfunded resource.

Maybe we should start at the beginning. The group, Blixt and Co., is proposing a hunting club on a piece of state-owned land in Jefferson County, Idaho, not far outside the town of Rigby
The specifics of the hunting activity are noteworthy. Blixt promotes the drinking of tea and the wearing of tweed jackets, long socks with flashers (whatever those are), and knickers while participating in English-style driven hunts.

As long as it’s legal and restrained, we’d never cast aspersions on the style of a hunt. But what makes this case interesting, and possibly precedent-setting, is its implication for the private use of public land.

The state of Idaho has a type of public land known as “endowment lands.” These state-owned and managed properties, for the most part, are lands that were donated by the federal government in the late 1800s for the purpose of providing financial support for the state’s rural, public schools. As is the case in many Western states, these “school sections” generate income in a number of ways, with grazing, timber, and mineral leases being most popular. In Idaho, the Department of Lands is required by statute to maximize income generation on these lands.

It’s the revenue-generation requirement that is noteworthy. In 2014, Blixt and Co. proposed a new source of revenue to the state, asking for an exclusive lease on a 580-acre piece of endowment land.

According to its website, Blixt and Co. offers “premier traditional pheasant and partridge shooting” in the English tradition. Each outing features a “personal loader” and a team of 25 drivers. After a day’s shooting, the party retires to the lodge for “tea or cocktails.”

The site offers recommendations for dress that prohibit camouflage or blaze orange, instead urging shooters to wear “matching or coordinating trousers.”

Most endowment lands in Idaho are open to the public for recreational hunting and fishing unless those activities conflict with the ability for the land to generate revenue for the state’s schools fund. And that’s where things get a bit sticky with this story.

The Department of Lands is mandated by law to consider all outlets that would generate revenue from endowment lands—including an exclusive lease to a knicker-laden outfitting business that would lock the public out of public lands.

Thus far the Department of Lands hasn’t received a formal proposal from Blixt and Co., but according to local media reports, e-mails and meetings have taken place.

In an effort to combat the potential of an exclusive hunting lease, state Rep. Mat Erpelding drafted a resolution that would oppose any proposal that prevents the public from using endowment lands because of an exclusive hunting lease. Even if the resolution passes, it wouldn’t change the constitutional requirement that the lands board consider all revenue-generation proposals.

Does this mean Idaho’s Board of Lands is required to grant an exclusive hunting lease to Blixt and Co.? That appears to be the question. Gem State sportsmen reportedly are pursuing an alternative source of revenue for the Jefferson County parcel that would give the Land Board a choice between exclusive leasing to the hunt club and retained public access.

How much funding is required? That’s unclear. As stated, Blixt and Co. hasn’t made a formal proposal, so a firm dollar amount isn’t readily available.

Well, there is one number available. Blixt and Co. reportedly charges its shooters $4,000 a day.