Programs in which privately owned lands are leased by state game agencies for public hunting and fishing aren’t new. But... 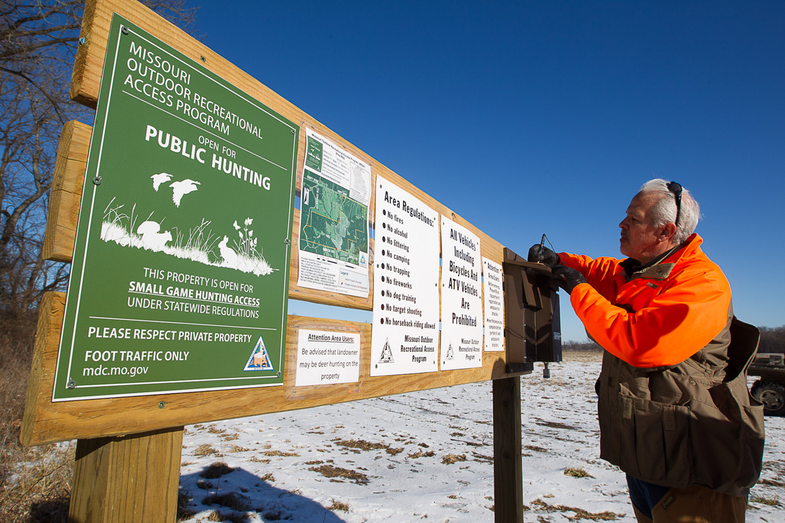 Programs in which privately owned lands are leased by state game agencies for public hunting and fishing aren’t new. But they sure are cool.

Missouri is the latest state to offer the program, often referred to as “walk-in” areas, and are looking for willing landowners to participate.

Missouri’s program has been dubbed the Missouri Recreation Access Program (MRAP) and, according to a release from the Missouri Department of Conservation, will focus its early efforts on northern Missouri where public access is limited.

The landowner enrollment period will run from June 1 through July 15 with approved properties available for public access beginning this fall.

For many years, this type of access program has proven to be highly successful in some states. In Kansas, for example, walk-in properties are essentially the only public lands available.

That said, I’ve personally witnessed the loss of once-public ground in the WIHA program when the land was leased by a small group of hunters.

The per-acre fees for most state-ran programs such as this are small—think $2-6 per acre. It’s hard to fault a landowner for accepting an offer of $20 per acre from a small group of hunters who want the ground removed from the public access program for their own personal use.

In states like Idaho, where their Access Yes! program is booming, the loss of a few thousands acres likely isn’t as noticeable. But when it happens in Midwestern states with limited public options, that deficit stings much more.

Michigan Sen. Tom Casperson has earned himself a solid reputation during his tenure in the state’s legislature. That reputation: Enemy of public land.

In 2012, Casperson championed legislation that placed an arbitrary cap on the amount of public lands that the state can own. Any lands over that cap must be “disposed” of.

This month, Casperson and Sen. Darwin Booher presented a pair of bills in the Committee on Natural Resources (SB 39 and 40) that has some conservation groups up in arms.

Michigan United Conservation Clubs claims the bills would further pressure the state to sell state-owned lands and delivered a point-by-point analysis of the packages highlighting language it feels is designed to make the sale of public lands easier.

It may not be exciting reading but if you value public lands in Michigan, it’s important reading.

We’ll keep an eye on this legislation as it develops.

The Brule-St. Croix Legacy forest is a massive area of public access in northwest Wisconsin. And now it’s grown by about 7,000 acres.

The Wisconsin Natural Resources Board approved a $3.5 million easement deal with New Hampshire-based Lyme Timber that will place the property into a public access agreement and expands the Brule-St. Croix Legacy forest to nearly 73,000 acres.