How to Beat the Crowds in the Public-Land Whitetail Woods 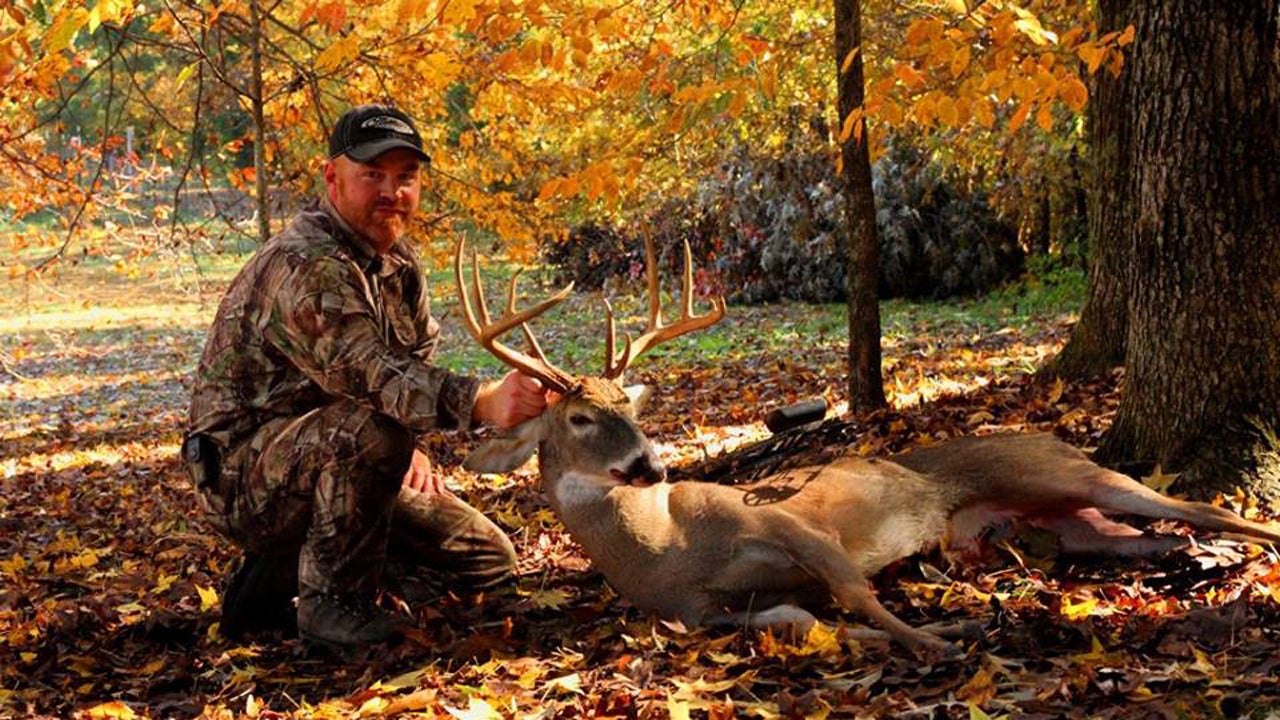 To find success on public land you must think outside the box. Brodie Swisher
SHARE

My first public-land deer hunt in Kansas was almost a complete bust. I had done a lot of e-scouting prior to the trip in preparation to find the best ground. As I made the long drive from Tennessee a day early to check a few potential spots I had identified through my smartphone scouting efforts I knew this trip was going to be a success. After a morning of finding ample rutting buck sign—and no human sign—at my No. 1 location, I felt reassured this trip would result in the big buck I came all this way for. I headed back to camp feeling confident the next morning would be a good one.

But despite my early arrival to the tract of public land I had scouted the day before, and done so much leg work to find, there were already multiple cars in the parking lot. Cruising further down the road, I found another truck on the north end of the property, as well as two more trucks on the east side. The locals had the deer were surrounded. After years of public hunting under my belt, I should have known better. This was a premium spot that was easy to access. So, of course it was going to attract gobs of hunters.

Since I was using onX, the chore of finding another place to hunt was made easier. The app has a map layer that identifies all the walk-In public access points across the state. I simply had to pick one out, and head that direction, though I had no real clue how good or bad the properties were because I had never physically been on them. At this point, I was just looking for a tree to hang my stand in.

It was mid-November, and I quickly discovered that non-residents from across the country had descended on Kansas. They all had the same idea I had—spend the week chasing rutting bucks on public land. Plan B, C, and D all proved to be popular spots for bowhunting deer. Every gate had at least one truck parked beside it. After 100-plus miles of searching for a public-land spot all to myself, I finally pulled over to an access point devoid of hunters.

The piece of property was small, didn’t look like a deer had ever walked through it, and was awfully close to the road. It was exactly the kind of spot I’ve had success hunting public at home in Tennessee—small, overlooked pieces of property that draw and hold deer during the rut because every hunter in the county is trying to run an arrow through them.

I walked 50 yards from the barn and jumped a deer from its bed. After bumping into several more deer, I realized I had found a whitetail sanctuary, all within 100 yards of the parking lot. I hunted the place the next few days with several opportunities at young bucks and does, but never the big buck I drove to Kansas to shoot. But, it reminded me of the basic rules I needed to follow to get away from the crowds by finding overlooked hunting opportunities on public land.

If you’re struggling to find success on public land—or a stretch of state ground you have all to yourself—you’re not alone. Here are few tactics I’ve employed over the years that have resulted in some darn good public hunts. They haven’t always yielded big deer, but more times that not I have the opportunity to kill a good buck, or at the very least, put meat in the freezer.

Focus on the Right Small Properties

Big, attractive pieces of public land are easy to find. That’s why you typically find a parking lot full of pickup trucks when you show up at such locations. If you don’t mind rubbing elbows with other hunters and fighting for the best stand every morning, then keep hunting where you have been—but don’t be surprised if you keep having the same dismal results. For me, the better option is small, overlooked ground that will house deer in a spot that flies under the radar of other hunters. You don’t need access to thousands, or even hundreds of acres to kill a good buck. I’ve found some of my favorite public land honey-holes on 5- to 50-acre tracts.

The reason deer are here is pretty simple—small acreage is not on the minds of most hunters, so the deer don’t experience as much pressure. Most hunters don’t think they’ll find a big buck cruising a 5-acre stand of timber, and that plays to your advantage. Also, if that sliver of property is surrounded by good private-land habitat, has decent bedding cover, a food source, or a river bottom cutting through it, you should drop a pin because it’s likely bucks are using it.

Look for Areas Where Deer Would Never Be

It doesn’t look like deer country? Good! That’s a great place to start. During the season, the obvious spots will have other hunters hanging out in treestands from one end of the property to the other. Whitetail honey-holes on public land are rarely clearly defined. They are more often found in the places other hunters avoid. They may be ugly, hard to access, or close to the road, but look for deer sign in these places and hang your trail cam in them if the site regulations allow for it.

Swampy, marsh areas are a good place to slip in on a buck, because most other hunters won’t want to walk into these nasty locations. I like to ground hunt deer in the swamp because hauling in a climber when you’re in knee-deep mud, frankly sucks. One of my buddies in Illinois hunts public areas that are open to duck hunters in the morning and deer hunters in the afternoon. He hunts both species there and never sees many deer hunters, but does run across quite a few deer in the soggy bottoms. It just takes a serious amount of sweat and effort to get in and out of there. But to him, it’s worth it, because he usually has the place to himself and sees a good amount of deer.

Read Next: The Public-Land Hunting in My State Sucks, and I’m Okay With That

The hardest part of finding a public land honey-hole often comes down to being able to access it. There’s a lot of un-hunted public ground out there that remains untouched by humans because it’s hard to get to. I’m always on the lookout for such spots.

Some tracts are legitimately land-locked by private but you can knock on a landowner’s door to find out if he or she will let you walk across their property to access the public. Most hunters are going to look at the map, see that they can’t access the property, and not even try to get permission. That’s when you pounce.

Now, it can be hard to get access from a landowner, so look at onX or a plat map and see how many different private owners have the public land surrounded. If the first says no, move onto the next. This gives you more opportunities for access. Also, if you are married, have a son, daughter, or young kid you are mentoring, now is the time to bring one of them along. Landowners are more apt to give you the go-ahead if you have a new hunter in-tow or you’re with your significant other. I’ll also ask the landowner if they are targeting a particular buck in that area. If they are, it’s likely I won’t be getting access. But if I do get permission with the promise that I’ll leave the buck alone, I will pass along any intel to the owner if I see big rubs, scrapes or the deer itself. Better to keep the access no one else has than to ruin it by shooting a giant and never be allowed to hunt there again.

Buy a Boat for Deer Season

Other properties require a little more time and creativity. If the distance is too far to walk I ride in on a mountain bike or eBike. I do a ton of scouting this way too because it allows me to go farther than I would on foot, which gets me to places others aren’t willing to go. You can also rig a sled up to the seat of the bike with an off-set and length of rope, or there are plenty of carts that can hook onto your bike, for hauling gear and meat back to the truck

I also use a kayak or boat to slip into hard-to-reach places (and sometimes throw the bike in the boat if I need to go in further once I’m ashore). There are a lot of public venues that are a mix of lakes and islands and large tracts of land. A majority of hunters are going to stick to those big parcels, but you can certainly find deer in places that require a boat ride. You probably don’t see too many deer hunters trailering a 12-foot johnboat into a public hunting area, but that’s exactly why you should invest in one. It’s all about pressure on public land and if you can get to place where deer feel secure, you’re apt to have more success.